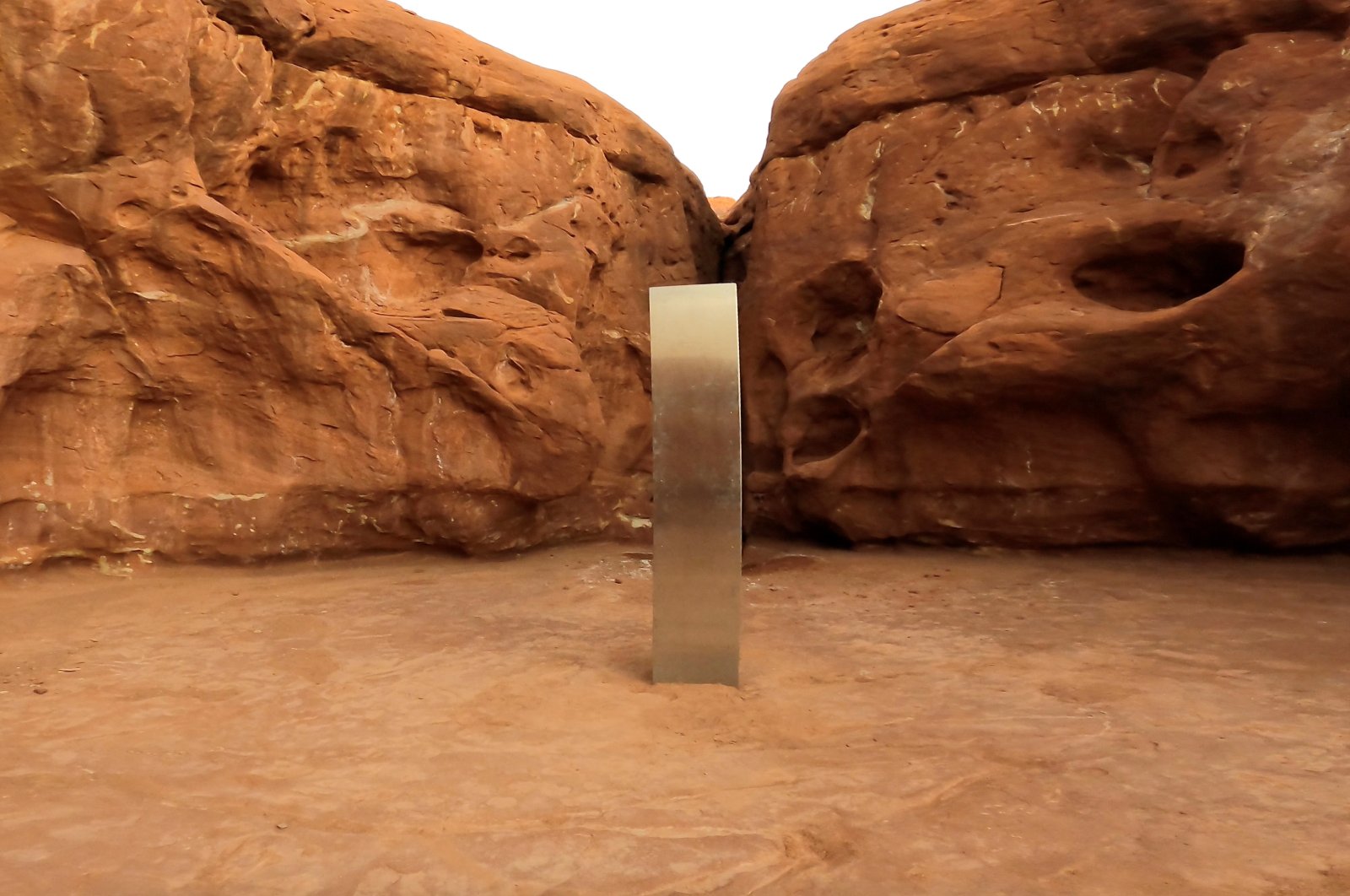 A mysterious metal monolith found in the remote desert of the western United States, sparking a national guessing game over how it got there, has apparently disappeared, officials said.

The Bureau of Land Management in Utah said Saturday it had received "credible reports" that the object had been removed "by an unknown party" on Friday evening.

The bureau "did not remove the structure which is considered private property," it said in a statement.

"We do not investigate crimes involving private property which are handled by the local sheriff's office."

The shiny, triangular pillar which protruded some 12 feet from the red rocks of southern Utah, was spotted on Nov. 18 by baffled local officials counting bighorn sheep from the air.

After landing their helicopter to investigate, Utah Department of Public Safety crew members found "a metal monolith installed in the ground" but "no obvious indication of who might have put the monolith there."

News of the discovery quickly went viral, with many noting the object's similarity with strange alien monoliths that trigger huge leaps in human progress in Stanley Kubrick's classic sci-fi film "2001: A Space Odyssey."

Others remarked on its discovery during a turbulent year that has seen the world gripped by the COVID-19 pandemic, and optimistically speculated it could have a different function entirely.

"This is the 'reset' button for 2020. Can someone please press it quickly?" joked one Instagram user.

"Somebody took the time to use some type of concrete-cutting tool or something to really dig down, almost in the exact shape of the object, and embed it really well," Nick Street, a spokesman for the Department of Public Safety told the New York Times.

"It's odd," he added. "There are roads close by, but to haul the materials to cut into the rock, and haul the metal, which is taller than 12 feet in sections – to do all that in that remote spot is definitely interesting."

Some observers pointed out the object's resemblance to the avant-garde work of John McCracken, a U.S. artist who lived for a time in nearby New Mexico and died in 2011.

His son, Patrick McCracken, told the Times recently that his father had told him in 2002 that he would "like to leave his artwork in remote places to be discovered later."

Although officials had refused to disclose the object's location out of fear that hordes of curious sightseers would flock to the remote wilderness, some explorers had been able to track it down.

"Apparently the monolith is gone," he posted later.

"Nature returned back to her natural state I suppose. Something positive for people to rally behind in 2020."