New complaint against Bolivia's Morales over relationship with minor 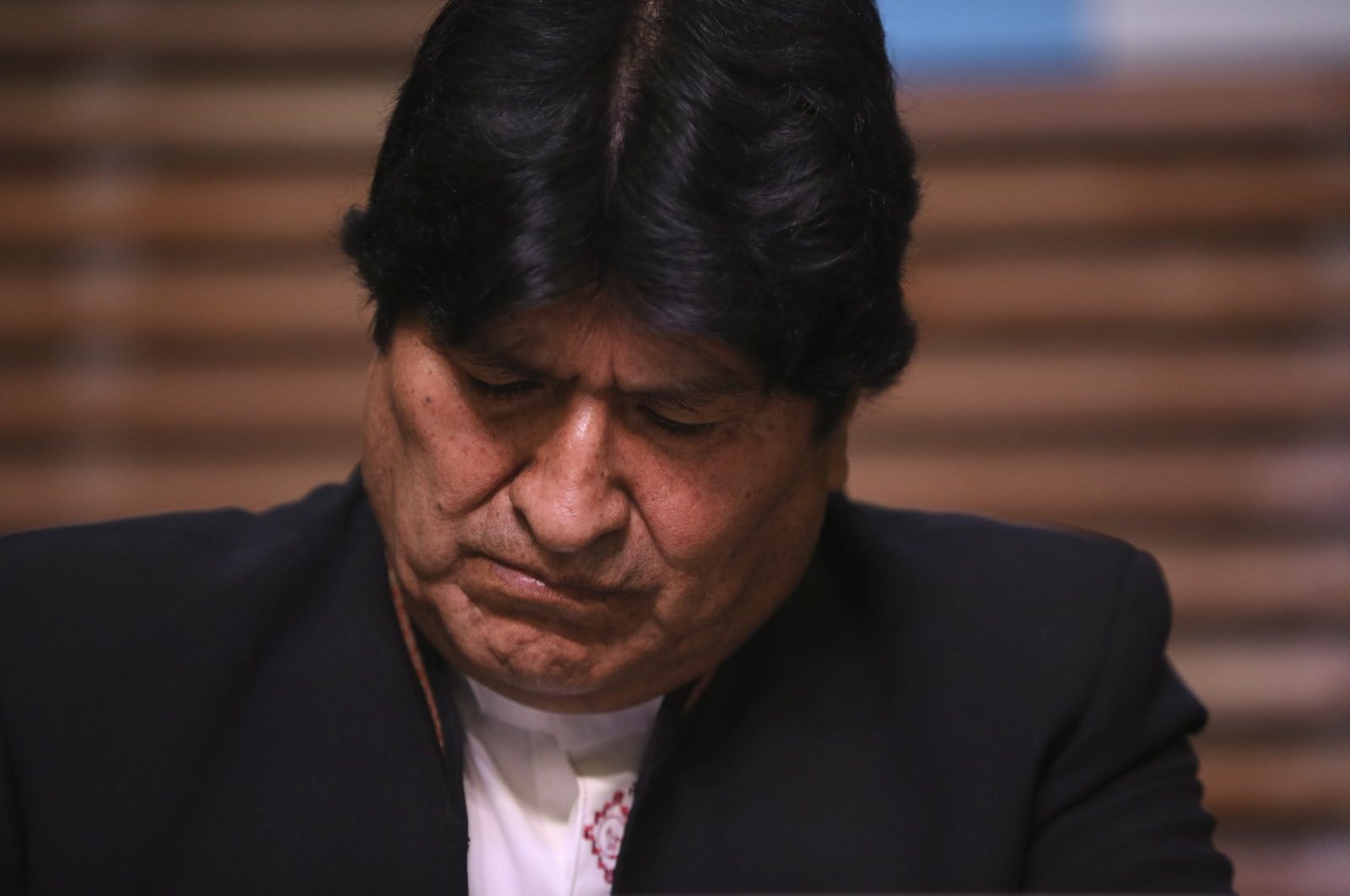 Bolivia's former President Evo Morales gives a press conference regarding the rejection of his plan to run for senator in Buenos Aires, Argentina, where he is living, Feb. 21, 2020. (AP Photo)
by German Press Agency - DPA Aug 25, 2020 12:51 pm
RECOMMENDED

Releasing classified UFO footage would be dangerous: US Navy

The Bolivian Ministry of Justice is investigating new complaints against the former head of state Evo Morales concerning his relationship with a young woman, who allegedly had his child at age 16, the ministry of justice announced Monday.

The girl became pregnant when she was still 15 years old, local media reported.

The ex-president is said to have had a relationship with the now 19-year-old woman when she was a minor, according to the ministry.

He had been accused of seducing a minor and human trafficking, with a rape complaint now added.

In a radio interview on the weekend, Morales commented on the case for the first time, albeit indirectly, saying he disagrees with the use of female partners in political affairs.

According to Morales, the judicial processes are aimed at splitting the leftist MAS party, of which he is still chairman.

The young woman confirmed the relationship with Morales, local media reported. She reportedly met him at the age of 16 but said they were not lovers until she was of legal age.

In recent days, photographs had circulated in the media and on social media showing the ex-president with a young woman.

Morales, 60, is currently living in exile in Argentina after he resigned in November 2019 under military pressure. The young woman has reportedly visited him in Argentina.

The opposition and international election observers accused the first indigenous head of state of the South American country of fraud in the presidential election.

Bolivia is currently headed by an interim government. Morales has previously been accused of terrorism and financing terrorist activities.

Releasing classified UFO footage would be dangerous: US Navy