New Year messages: Trump reflects on his accomplishments while Biden looks ahead 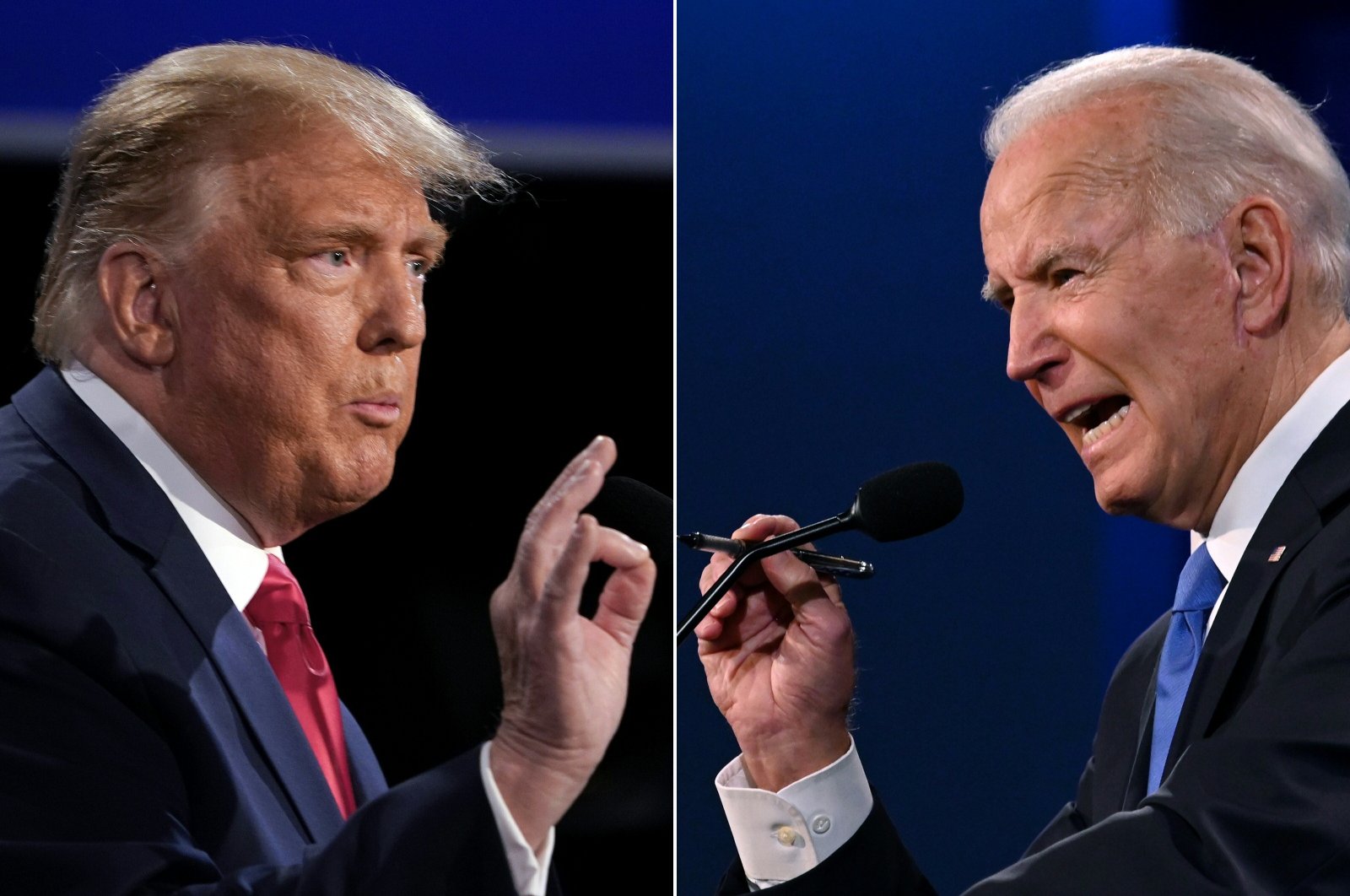 President Donald Trump in a New Year's Eve message reflected on his accomplishments in office, calling them "historic victories," while his successor, President-elect Joe Biden, struck an upbeat tone in looking ahead to 2021.

After weeks of vowing to win his fight to remain in office, Republican Trump said in a video posted on Twitter: "We have to be remembered for what's been done."

Trump, who has yet to formally concede his November election defeat to his Democratic rival, returned to Washington early from his Florida resort amid a fight with Congress over a defense bill and coronavirus aid checks.

He repeated his call for vaccines to be distributed more quickly.

Trump, who had COVID-19 in October, frequently played down the severity of the pandemic and oversaw a response many health experts have criticized as disorganized, cavalier and sometimes ignored the science behind virus transmission.

But in his remarks he noted that the U.S. has produced a COVID-19 vaccine in record time and he had correctly predicted it would come before the year ended.

The United States has been one of the countries worst-hit by COVID-19 and leads the world in fatalities, with more than 340,000 deaths officially attributed to the virus.

Trump was originally scheduled to attend a New Year's Eve party at his Mar-a-Lago resort.

The White House has given no reason for why he returned to Washington early, but it coincides with Trump's fight with Congress over his veto of a major defense bill and his demand for increased COVID-19 stimulus checks, as well as a spike in tensions with Iran.

Senate Majority Leader Mitch McConnell, the top Republican in the chamber, dealt a likely death blow on Wednesday to Trump's bid to boost coronavirus aid to Americans, declining to schedule a swift vote on a bill to raise relief checks to $2,000 from the $600 included in a $892 billion relief package passed by Congress earlier this month.

Trump's fellow Republicans in Congress have largely stuck with him through four turbulent years, but he lashed out at them in recent days for not fully backing his unsupported claims of election fraud, rejecting his demand for bigger checks and for moving toward the veto override.

McConnell on Thursday again rejected a vote on a standalone bill that would increase the stimulus checks, calling it "socialism for rich people" and "a terrible way to get help to families who actually need it." The bill was passed by the Democratic-controlled House of Representatives on Monday.

McConnell also said there should be nothing controversial about approving the $740 billion National Defense Authorization Act (NDAA), which Trump vetoed because it does not repeal certain legal protections for tech companies.

"We've enacted an annual NDAA for 59 straight years and counting," McConnell said. "In the next few days – the easy way or the hard way – we're going to do our job once again. This body will fulfill our responsibility to the men and women who protect our country."

The House voted to overturn Trump's veto on Monday. The Senate will convene again Friday at 12 p.m. EST (1700 GMT), for a rare New Year's Day session in which lawmakers are expected to cast the first of two procedural votes aimed at overriding the veto. If that succeeds, the Senate is expected to hold a second procedural vote on Saturday followed by a final vote on passage.

Republican Senator Josh Hawley of Missouri has said he will object to Biden's victory when Congress convenes to officially tally the Electoral College votes on Jan. 6, which could trigger a lengthy debate in the Senate but has no chance of overturning the results. CNN reported that some 140 Republicans in the House are expected to engage in similar tactics.

Some Republican senators had supported Trump's call for an increase in the stimulus payments, notably David Perdue and Kelly Loeffler, who face runoff elections in Georgia Jan. 5 that will determine which party controls the Senate under Biden.

But Perdue's campaign suffered a setback on Thursday, saying the senator was quarantining after coming into contact with someone who tested positive for the coronavirus.

Iranian Foreign Minister Mohammad Javad Zarif on Thursday accused Washington of trying to fabricate a pretext for attacking his country and vowed Tehran would defend itself even though it does not seek war.

Two U.S. B-52 bombers flew over the Middle East on Wednesday in what U.S. officials said was a message of deterrence to Iran ahead of the first anniversary of a U.S. drone strike that killed top Iranian general Qassem Soleimani on Jan. 3, 2020.