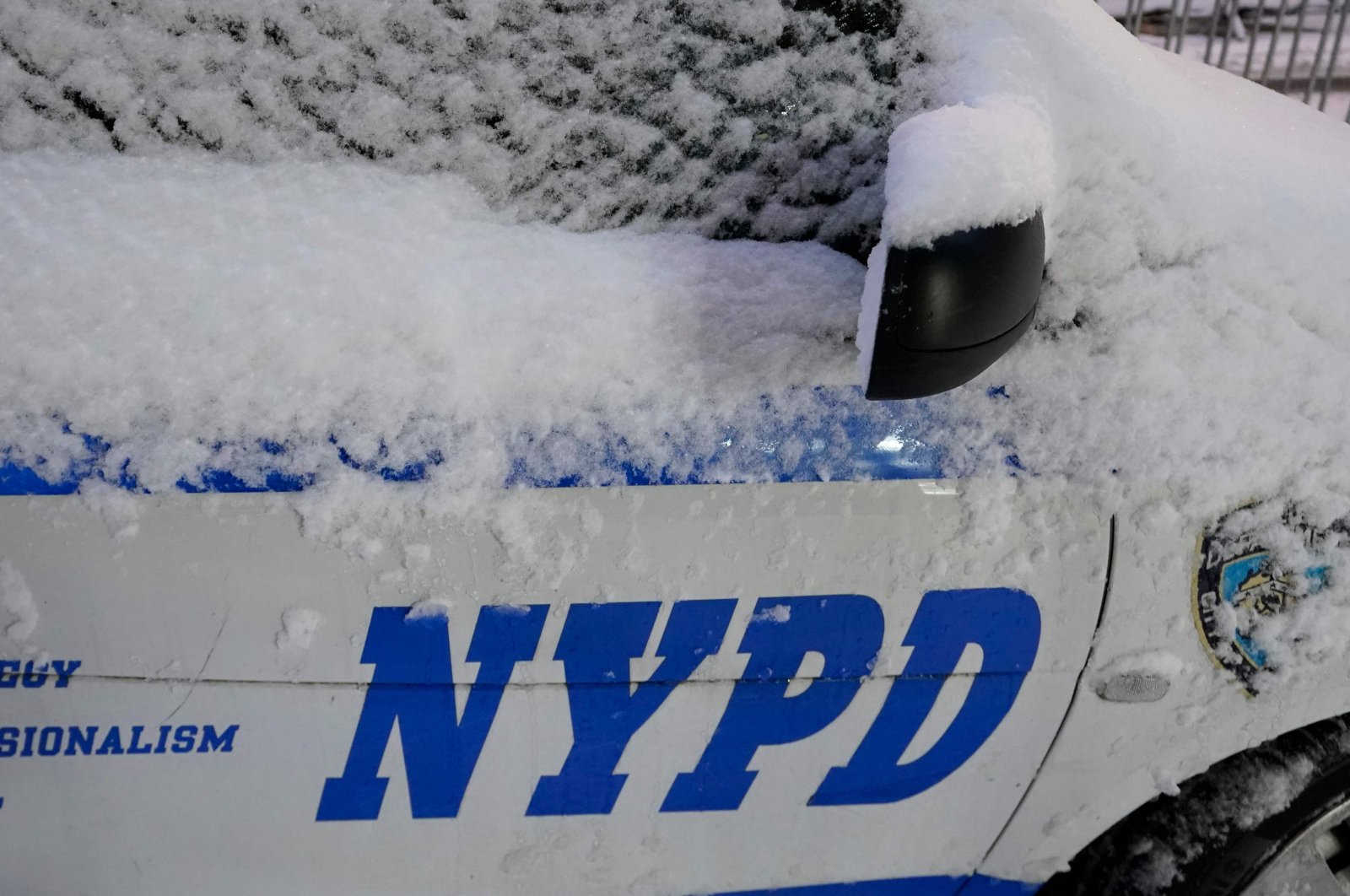 New York City endured a 2020 crime surge straight out of hell: a 97% jump in shootings and a nearly 45% surge in murders, including 15 weeks straight of gunfire as COVID-19 ravaged the city.

The New York Police Department (NYPD released the sobering preliminary year-end stats Friday, eager to turn the page on a tally that recorded more shootings from mid-May through mid-September than in all of 2019, a soul-crushing surge that never let up – with 1,868 people hit by bullets.

When the ball fell in Times Square, the NYPD had responded to 1,531 shooting incidents across the five boroughs, 754 more than in all of 2019, officials said. The NYPD Detective Bureau investigated 462 killings around the city – 143 more than the year before.

The hasn't been such alarming violence since 2006, when 1,565 shootings were reported, according to Police Commissioner Dermot Shea.

At the other end of the painful tally, there were decreases in rapes, robberies and assaults, although the stats showed jumps in burglaries and car thefts, officials said.

The out-of-control bloodshed began its stranglehold early this year, with Shea and other officials saying their concerns about bail reform were being realized – that too many suspects were freed with without bail, with judges stripped of discretion to keep potentially violent offenders behind bars.

The criticism mounted when scores of jailed prisoners were let out to mitigate the relentless virus spread among that population.

The following week's numbers were frightening: 37 people were shot – kicking off a surge that would take off with fury after the caught-on-video police killing of George Floyd in Minneapolis May 25. With Floyd protests in the city, policed by thousands of NYPD officers who responded to riots and looting, there were more crime hikes.

By early summer, shootings had skyrocketed, culminating in a horrific July 4 weekend in which 41 people were shot, nine fatally, in one day – carnage that police say was primarily caused by street crews and gangs.

From the first week of June through the second week of September, 985 people were shot in the city, according to statistics. For all of 2019, 777 people were shot, officials said.

The bullets spree killed the best of us. Its youngest victim was Davell Gardner, a 1-year-old shot in his stroller after two men stepped out of a dark-colored SUV and opened fire at a cookout in Raymond Bush Playground in Bedford-Stuyvesant, Brooklyn, on July 12.

On Aug. 9, Christopher Ross, 53, whom friends described as a playground peacemaker who helped keep children safe, was fatally shot as he played handball at his favorite court in Crown Heights' Lincoln Terrace Park, the victim of a stray bullet.

In November, seven people were shot, one fatally, during a "sweet 16" after-party in Bedford-Stuyvesant, officials said.

And on Dec. 23, 16-year-old James Solano was shot in the head as he was ambushed in the doorway of a Bronx deli. Suspected gunman Marquis Beckford, 22, was busted five days later – the same day, Shea said there was reason to hope.

"I see better times ahead," he said in a sit down with reporters at police headquarters, vowing to sharpen the NYPD's focus on violent street gangs and "get people off the street that are terrorizing neighborhoods."

"This year, we will redouble our efforts to improve quality of life, better-engage our young people, and eliminate gang violence," Shea said in a New Years' message to his officers Friday.

"Make no mistake: We have a tough road ahead. The city needs you now more than ever. People are looking to our police department – and to you – for reassurance, guidance, and a sense that our city is under control."

"Everybody saw this coming last December," said O'Donnell, referring to bail reforms allowed a free pass for most misdemeanors and nonviolent felonies.

He charged Mayor Bill de Blasio and the city's district attorneys have decriminalized various offenses to the point "where there are bodies in the street."

"They seem to be saying the system is rotten, that they'd rather have a body count," O'Donnell said.

"Where are the people who mandated this?" O'Donnell asked. "At the very least they dropped the ball. The tragedy is we have more and more dead kids. Their lives do not matter."

Advocates for criminal justice reform have pushed back, saying there's no evidence linking bail reform to New York's crime surge. Data collected by the Vera Institute for Justice shows out of the 2,000 people facing open gun cases at home in July, only 40 were rearrested on weapons charges.

"Shootings are up nationally, which clearly shows this is driven by the pandemic, not bail reform or any forces that are specific to New York City," spokesperson Bill Neidhardt said.

"Yes, Mayor de Blasio has driven down arrests, that's because he is opposed to mass incarceration. The mayor regularly calls for people who commit violent crimes to be arrested, so I don't know what Eugene is going on about here."

"I guess he has to say that. But it's just the opposite of that," Eterno said, asserting the defunding of the police which took 1 billion dollars from the department, the decision to remove School Safety from the NYPD's umbrella and plans to have social workers answer calls involving emotionally disturbed residents were done without any knowledge of policing.

"95% of police officers don't fire their gun in the line of duty, but the general public doesn't know this. They need to understand this far better," he said. "Otherwise, you just get these quick fixes. It shouldn't be because you watch an episode of 'Law & Order,' you know policing. You don't."

The NYPD rank-and-file officers are now "demoralized," he lamented. "The one thing I felt I had as a cop was that I was on the side of good. The cops today are not there."