No link to COVID-19 as bioweapon: US intel community consensus 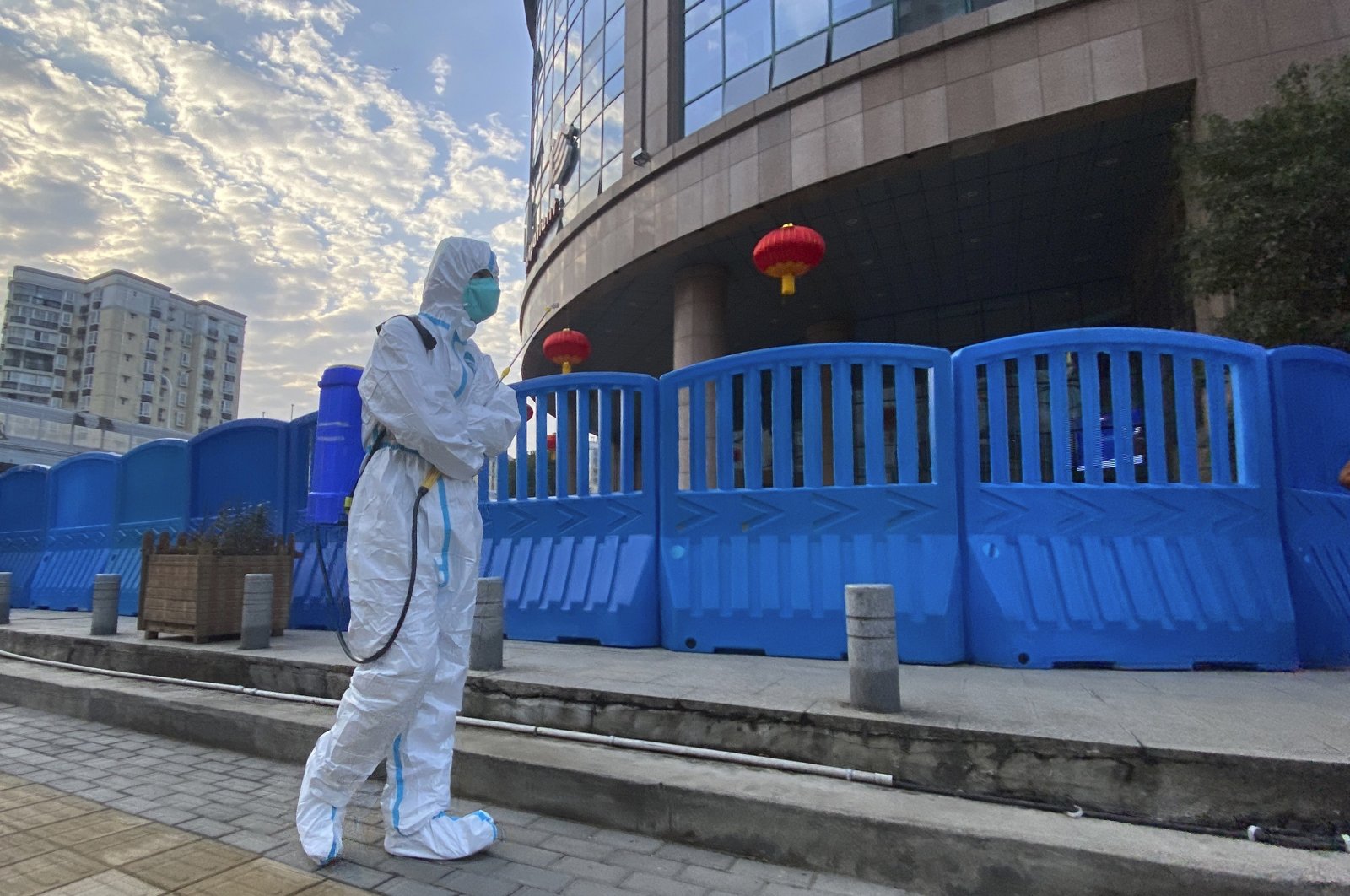 A worker in protective overalls and carrying disinfecting equipment walks outside the Wuhan Central Hospital where Li Wenliang, the whistleblower doctor who sounded the alarm and was reprimanded by local police for it in the early days of Wuhan's pandemic, worked in Wuhan in central China. (AP File Photo)
by Agencies Aug 27, 2021 11:04 pm
RECOMMENDED

The U.S. intelligence community has reached a "broad agreement" that the coronavirus was not developed as a bioweapon, and most U.S. agencies assess with "low confidence" it was not genetically engineered, according to an unclassified summary of a report.

But the community remains divided on the pathogen's origins, with four agencies and the National Intelligence Council judging in favor of natural exposure to an animal as the likely explanation, one agency favoring the lab leak theory and three unable to reach a conclusion.

The U.S. does not believe Chinese officials had foreknowledge of the virus before the initial outbreak of COVID-19 began.

"Critical information about the origins of this pandemic exists in the People's Republic of China, yet from the beginning, government officials in China have worked to prevent international investigators and members of the global public health community from accessing it," Biden said in a statement after the intelligence summary was released.

Organizations within the sprawling U.S. intelligence community disagreed about the origins of the novel coronavirus. Several thought it emerged from "natural exposure to an animal infected with it or a close progenitor virus," according to the summary.

But they only had "low confidence" in that conclusion, the summary said. Other groups were not able to come to any firm opinion on the origins of the virus.

One intelligence community segment, however, developed "moderate confidence" that the first human infection with COVID was likely due to a "laboratory-associated incident, probably involving experimentation, animal handling, or sampling by the Wuhan Institute of Virology" in China.

The report concluded that analysts would not be able to provide "a more definitive explanation" without new information from China, such as clinical samples and epidemiological data about the earliest cases.

For its part, China has ridiculed a theory that COVID-19 escaped from the state virology lab in Wuhan and has instead pushed fringe theories, including that the virus slipped out of a lab in Fort Detrick, Maryland, in 2019.