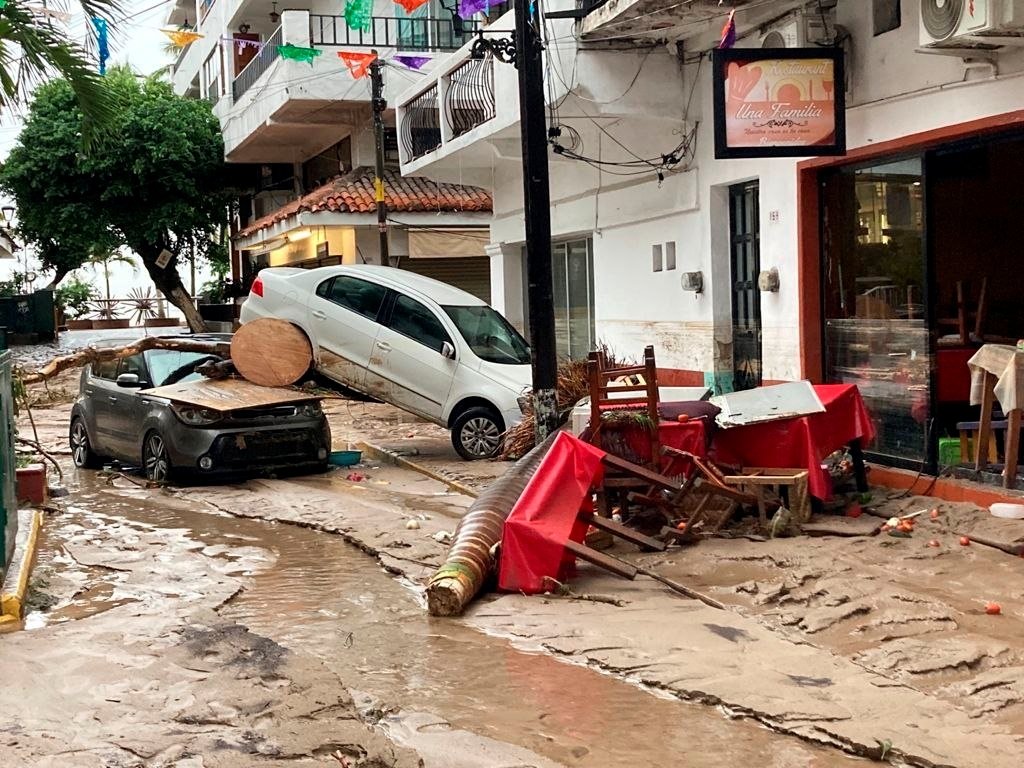 Hurricane Nora weakened a tropical storm on Sunday but left parts of the coast of west-central Mexico in disarray after torrential rains and heavy winds caused flooding, felled trees and damaged roads and power lines in several states.

Nora was about 85 miles (135 kilometers) north-west of Mazatlan and moving north west at 13 miles per hour (20 km per hour), the National Hurricane Center (NHC) said. It was blowing at 70 mph (110 kph) with higher gusts. In the popular resort town on the Pacific Coast, Puerto Vallarta, a river burst, destroying a bridge, flooding roads and bringing a building to collapse, a Reuters witness said. Earlier, Nora was a Category 1 hurricane, the lowest rating on a five-step scale.

A minor was still missing, local media reported. So far, Mexican authorities have not confirmed deaths or injuries.

Mexican state power utility Comision Federal de Electricidad (CFE) said on Sunday morning it had restored electricity for 78% of users in Michoacan, Colima, Jalisco and Nayarit that were affected by the hurricane.

The Miami-based NHC expected Nora to continue moving north-northwest on Sunday in its latest advisory and then move slower northwest through Tuesday.

"Nora is forecast to move very near and roughly parallel to the coast of Mexico early this week," it said. "However, even a small deviation to the right of the forecast track could cause Nora to move inland and dissipate within the next day or so."

Through Monday, Nora will likely produce additional rainfall of 2 to 4 inches (5 to 10 cm) across the coastal parts of Guerrero and Michoacan, the NHC said. It could also produce significant coastal flooding and large, destructive waves.