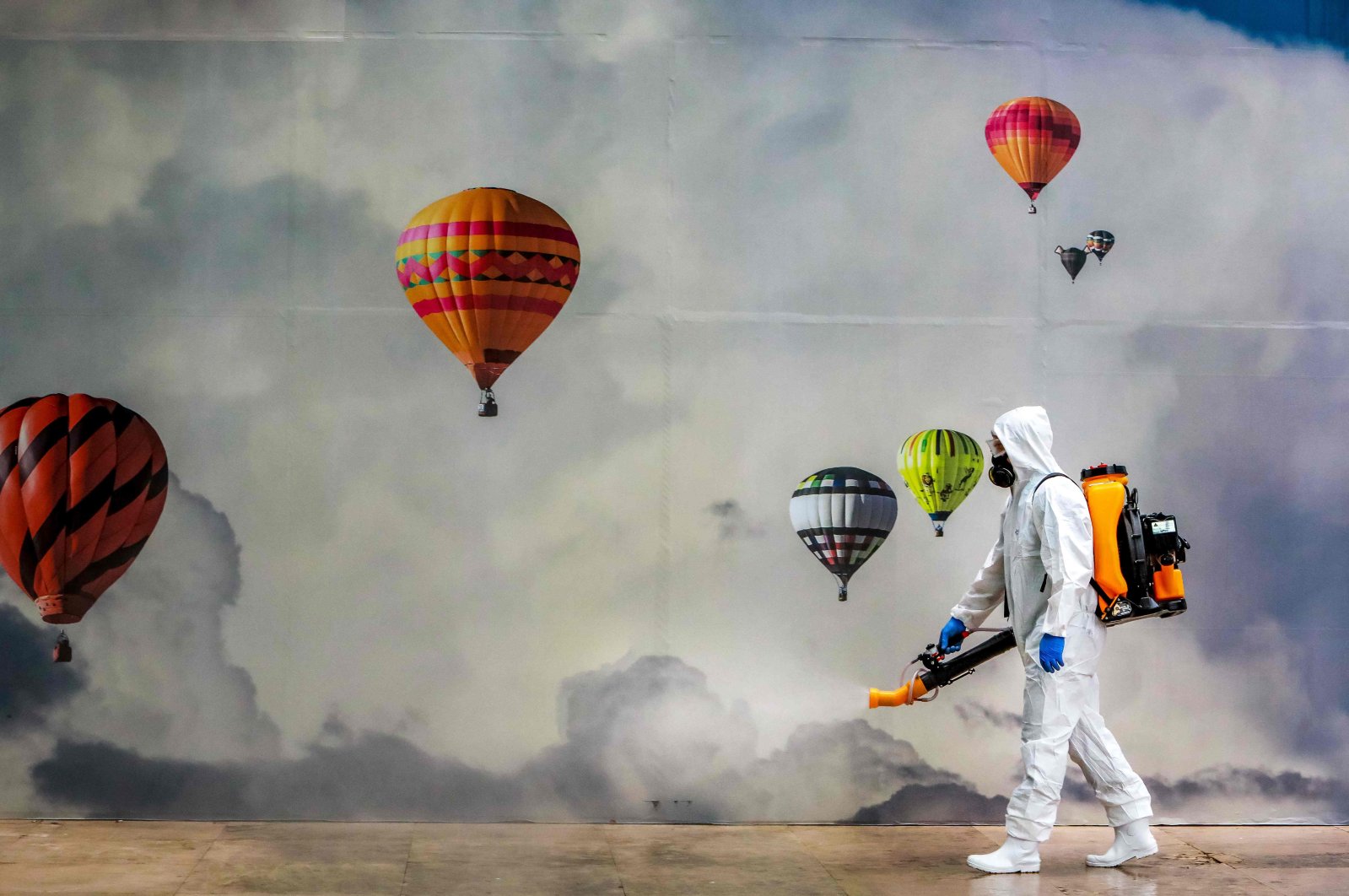 An employee wearing protective gear disinfects a shopping mall as a preventive measure against the coronavirus in Caxias do Sul, Brazil, May 13, 2020. (AFP)
by Anadolu Agency May 13, 2020 8:42 pm

Coronavirus infections continue to surge in Brazil as cases there exceeded 180,000 on Wednesday.

Brazil currently has the sixth-highest tally of infections and deaths globally.

President Jair Bolsonaro's handling of the crisis has been under fire for some time as his administration is more interested in reopening the economy and he is accused of mocking the tragedy caused by the virus.

Bolsonaro recently included gyms and hairdressers to the list of "essential activities" that can be carried out in states and municipalities where confinement is being enforced to stop the pandemic.

He firstly announced Sunday his intent to add more jobs to the essential category, saying, "Since they don't want to open, we will."

Meanwhile, neighboring Colombia is getting ready to increase its military presence on its Amazon border that is shared with Brazil and Peru, fearing that rising numbers of people will try to come into Colombia.

"The decision has been made to militarize, with more presence, all the border points and exercise the respective control to prevent imported cases of floating populations from arriving," President Ivan Duque said Tuesday.

Peru is the second most affected country in the region with its more than 72,000 cases and 2,057 deaths.