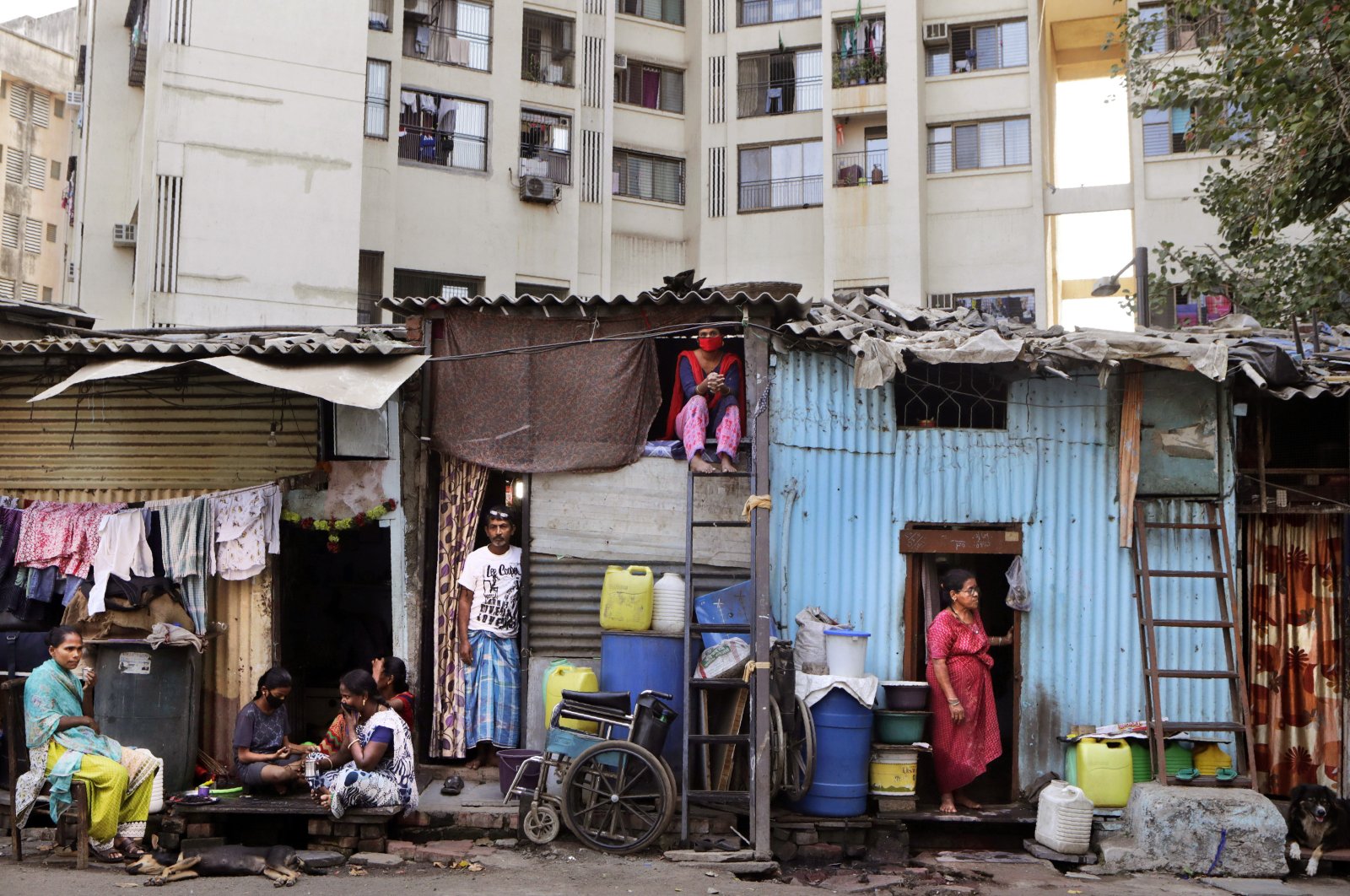 People rest by their shanties at Dharavi, one of Asia's largest slums, during lockdown to prevent the spread of the coronavirus, Mumbai, India, April 3, 2020. (AP Photo)
by Compiled from Wire Services Jun 04, 2020 12:17 pm
RECOMMENDED

While the number of coronavirus cases worldwide surpassed 6.5 million on Thursday, it is the poorest and most vulnerable who have been the hardest hit, U.N. Secretary-General Antonio Guterres said in a video message.

The millions of people on the move including those forced to flee their homes because of violence or disaster, and migrants “face three crises rolled into one,” he said. A health crisis in conditions where social distancing is “an impossible luxury” and health care, water and sanitation are often hard to find is made worse by their economic plight and by pandemic-related restrictions on movement, he said. Fear of COVID-19 has also led to “skyrocketing xenophobia, racism and stigmatization” and a greater risk of gender-based violence, Guterres said.

The urgency of finding a way to stem outbreaks was evident as India on Thursday reported yet another record number of new infections, at 9,304, with 260 deaths in the previous 24 hours.

India’s tally of COVID-19 fatalities surpassed 6,000, and its number of infections has risen to nearly 217,000, the Health Ministry said. That makes India the seventh-worst hit by the pandemic.

Neighboring Pakistan reported over 4,000 new cases and said 82 more people had died, raising its death toll to 1,770. On Thursday, as many as 901 COVID-19 patients were listed in critical condition in Pakistan hospitals.

The spike in infections comes weeks after Prime Minister Imran Khan overrode warnings from experts and eased a lockdown. Officials have blamed the public for not adhering to social distancing regulations.

As countries such as New Zealand and Australia mark progress in containing the pandemic and work on plans to resume some international air travel, others are having to step up precautions.

In the U.S., where a wave of protests is adding to concerns over possible additional outbreaks, new cases of the coronavirus have been surging just weeks after many businesses were allowed to reopen. Arizona officials reported nearly 1,000 new cases Wednesday amid a surge in hospitalizations, a little over two weeks after Gov. Doug Ducey ended his stay-at-home order. The state has now tallied more than 22,000 cases and 981 deaths.

European nations are emerging from months of devastation with some borders reopening, but South America and Central America have become the new hot spots in a crisis that has claimed at least 385,000 lives worldwide.

Mexico on Wednesday announced more than 1,000 coronavirus deaths in a day for the first time, while Brazil reported a record 1,349 daily deaths.

Brazilian President Jair Bolsonaro has staunchly opposed lockdown, but many local authorities have defied him, and with the crisis deepening, a vast section of Bahia state was placed under curfew on Wednesday.

There was more cause for concern in Chile, where the government said it was extending a three-week shutdown of the capital Santiago after a new record for daily deaths. And in more evidence of the scale of the crisis in Latin America, the journalists' union in Peru said at least 20 reporters had died from the coronavirus. The outbreak in Peru has been so intense that oxygen tanks needed in hospitals have become scarce, with many lining up to buy them for their loved ones.