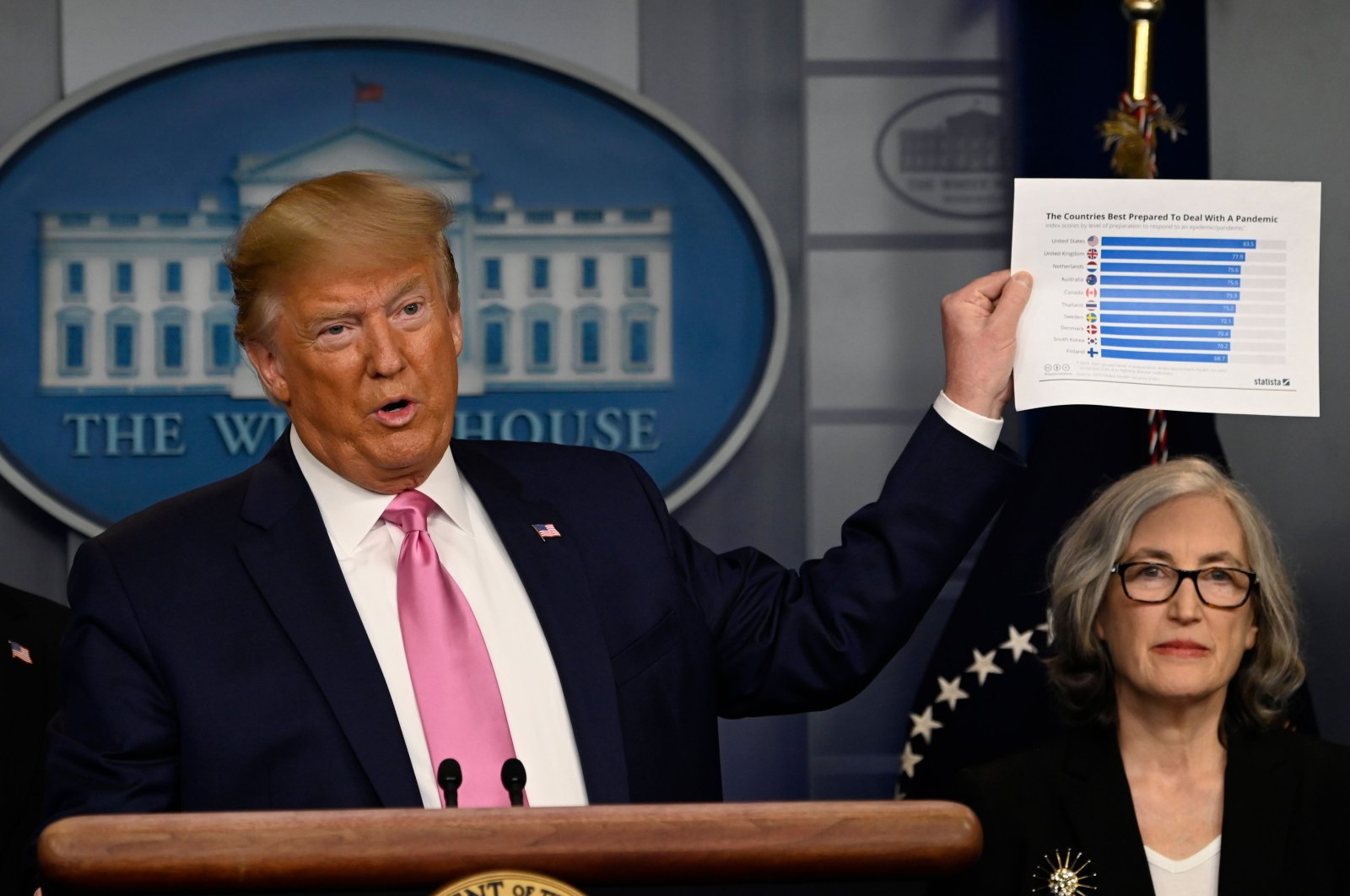 While more than 60% of the world thinks China has handled the COVID-19 pandemic better than the U.S., only three out of 53 countries – namely Taiwan, the U.S. and South Korea – have praised President Donald Trump's leadership during the crisis

Opinions worldwide of the handling of the coronavirus generally favor China's response to the pandemic, with only three out of 53 countries saying the U.S. had responded well to the COVID-19 crisis.

A survey of over 120,000 people from 53 countries by German polling firm Dalia Research and Alliance of Democracies Foundation, an organization headed by former NATO Secretary-General Anfers Fogh Rasmussen, revealed growing dissatisfaction with the U.S. administration. Only a third of people around the world, mostly from Taiwan, the U.S. and South Korea, said the U.S. had responded well to the crisis compared to the more than 60% who said China’s response was good.

The countries that have found their government's COVID-19 strategies also inadequate are Brazil, France, Italy and Britain, while Greece appears the happiest country regarding its own country's performance in controlling the crisis.

The U.S., by far the hardest-hit country with more than 115,700 recorded fatalities, reported its lowest 24-hour death toll since its infection rate peaked in mid-April. The country continues to register around 20,000 new cases of the coronavirus each day and is struggling to come down from that plateau as infection rates fluctuate around the country. U.S. President Donald Trump's administration has noted that some states have seen new flare-ups but insists there will be no shutdown of the economy if a second full-blown wave arises. The U.S. continued to struggle with an outbreak that appeared ready to stretch on for months or even years, and the governor of hard-hit New York state threatened to reinstate business closings.

More than 430,000 people worldwide have died from COVID-19, nearly halfway through a year in which countless lives have been upended and the global economy ravaged by the crisis.

China is battling a new outbreak that has stoked fears of a second wave. The country, where the virus emerged late last year, was the first country to implement extreme restrictions on movement early this year, forcing local transmission down to near-zero as the crisis hammered the rest of the world. But health officials on Monday reported 75 cases of the respiratory illness in Beijing where the fresh cluster has been linked to a wholesale food market.

As caseloads have declined in recent weeks across many parts of Europe, governments have been keen to ease painful lockdowns that have saved lives but devastated economies and wearied confined populations. Belgium, France, Germany, Greece and Ukraine were among those lifting border restrictions on Monday, while shops and outdoor attractions in England were set to welcome their first customers since March and in Paris, cafes and restaurants were allowed to fully reopen. "We're desperate about tourists, we need them and we want them. If we don't have the people, how will we survive," said Michalis Drosos, who works in a souvenir shop in Fira, the capital of the Greek island of Santorini.

However, the pandemic is gathering pace in Latin America, and Iran and India have reported worrying increases in deaths and infections, adding to concern over challenges the world will face in the long fight against COVID-19.

The survey came ahead of the European Union (EU) foreign ministers meeting to discuss the bloc's approach to China. The EU has struggled to forge a unified position on China at times, with 27 countries' competing national interests coming to the fore, and France has warned that Europe must avoid getting trapped between Washington and Beijing. "Europe must invent a third way, based on a firm defense of our interests and fundamental principles and openness to multilateral dialogue – a third way that is neither Cold War nor naive complacency," French Foreign Minister Jean-Yves le Drian said.

France has long pushed for Europe to be more independent of the U.S., a stance that has at times ruffled feathers in NATO. Defense ministers from the alliance will hold their own video talks on Thursday and Friday after Washington told Berlin it was considering withdrawing some 9,500 troops from the 34,500 currently permanently based in Germany. Allies will hear from U.S. Defense Secretary Mark Esper while also discussing NATO's coronavirus response and how to handle Russia's growing arsenal of weaponry, including next-generation hypersonic missiles.