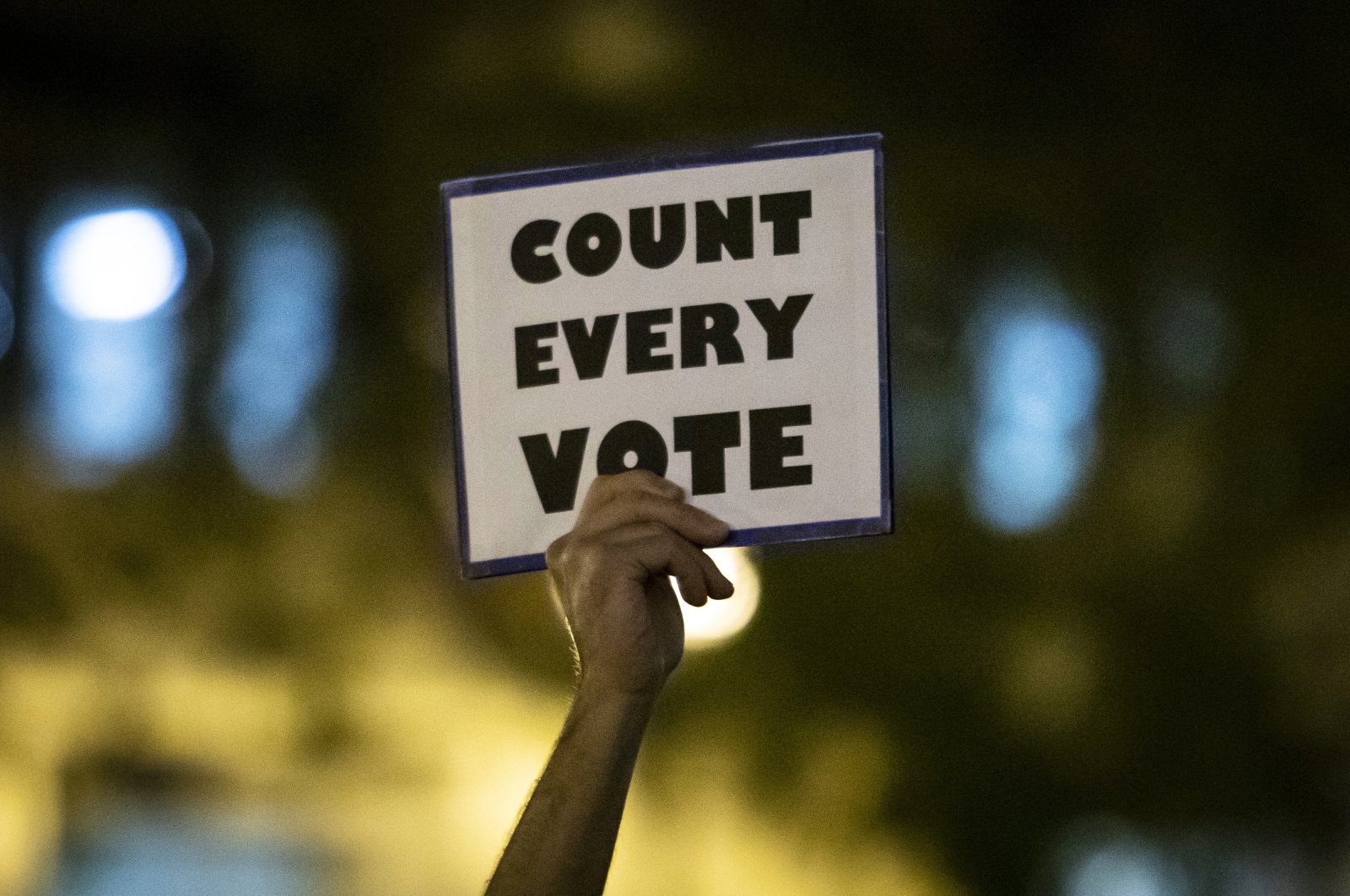 Protesters rally in Daley Plaza before marching through the Loop to demand every vote be counted in the general election, Wednesday night as U.S. President Donald Trump tries to stop the effort in key battleground states, in Chicago, U.S. on Nov. 4, 2020. (Chicago Sun-Times via AP)
by French Press Agency - AFP
Nov 05, 2020 4:14 pm

The head of an international observer mission to the U.S. elections accused Donald Trump on Thursday of a "gross abuse of office" after the president alleged he was being cheated and demanded that vote counting be halted.

"The most disturbing thing was that with presidential fanfare of the White House, that is, with all the insignia of power, the American commander-in-chief called for an end to the count because of his purported victory," Michael Link, who is leading the mission of the Organization for Security and Co-operation in Europe (OSCE), told the German daily Stuttgarter Zeitung.

"That was a gross abuse of office," he said, adding that Trump's "claims of manipulation are baseless."

The OSCE, which monitors elections throughout Western nations and the former Soviet Union, said there was no evidence of election fraud in Tuesday's vote which was "competitive and well managed."

"Baseless allegations of systematic deficiencies, notably by the incumbent president, including on election night, harm public trust in democratic institutions," Link said in a statement.

In a preliminary report, the mission warned that statements by Trump during the campaign "were perceived by many as increasing the potential for politically motivated violence after the elections."

The mission also called for the counting of all votes after the Trump campaign said it had sued to stop the process in the crucial states of Michigan and Pennsylvania.

"Nobody – no politician, no elected official – should limit the people's right to vote," Link said in his statement.

"Coming after such a highly dynamic campaign, making sure that every vote is counted is a fundamental obligation for all branches of government."