Overnight gun violence in US city of Cincinnati leaves 4 dead 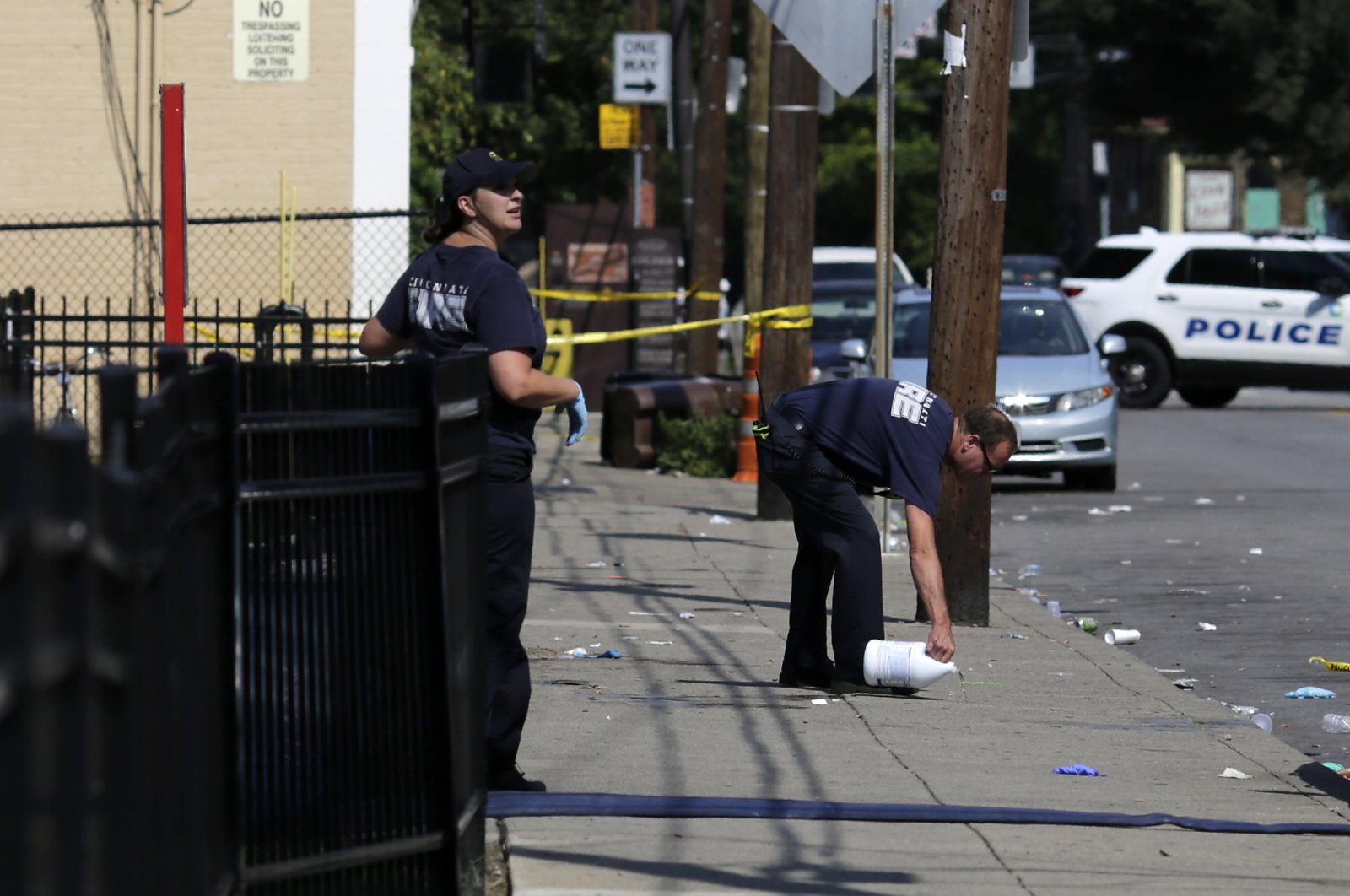 Cincinnati firefighters use bleach to clean and remove pools of blood left at the scene of a mass shooting near Grant Park in the Over-the-Rhine neighborhood of Cincinnati, Ohio, U.S., Aug. 16, 2020. (AP Photo)
by Daily Sabah with AP Aug 17, 2020 12:43 pm
RECOMMENDED

At least four people have died among 18 people shot in a spate of shootings during an "extremely violent night" across the U.S. city of Cincinnati, according to local media.

There were four separate shootings in different locations across Cincinnati, according to local news reports. "One extremely violent night in the city of Cincinnati. Looking at possibly 17 victims, up to four that could be fatal at this time. Why? That's going to be the question," assistant police chief Paul Neudigate said to a local NBC affiliate.

In July, the Enquirer reported that the city had experienced a rise in shootings and homicides from gun violence during the first half of the year as compared to the same time period in 2019.

Shootings are a frequent occurrence in the U.S., but despite the scale of the gun violence problem in the country, efforts to address it legislatively have long been largely deadlocked at the federal level. The perennial debate over gun control in America kicks up again at each shooting, a far too frequent occurrence. Yet no solution has been found that satisfies both those seeking stricter gun controls to reduce such tragedies and those supportive of constitutional guarantees to the right to bear arms.

The power of an influential gun lobby and a long tradition of gun ownership have meant that little has been done to improve gun safety. Efforts have always proved divisive, and Republican lawmakers have been highly successful at preventing what they describe as an assault on their right to bear arms under the Second Amendment of the U.S. Constitution.