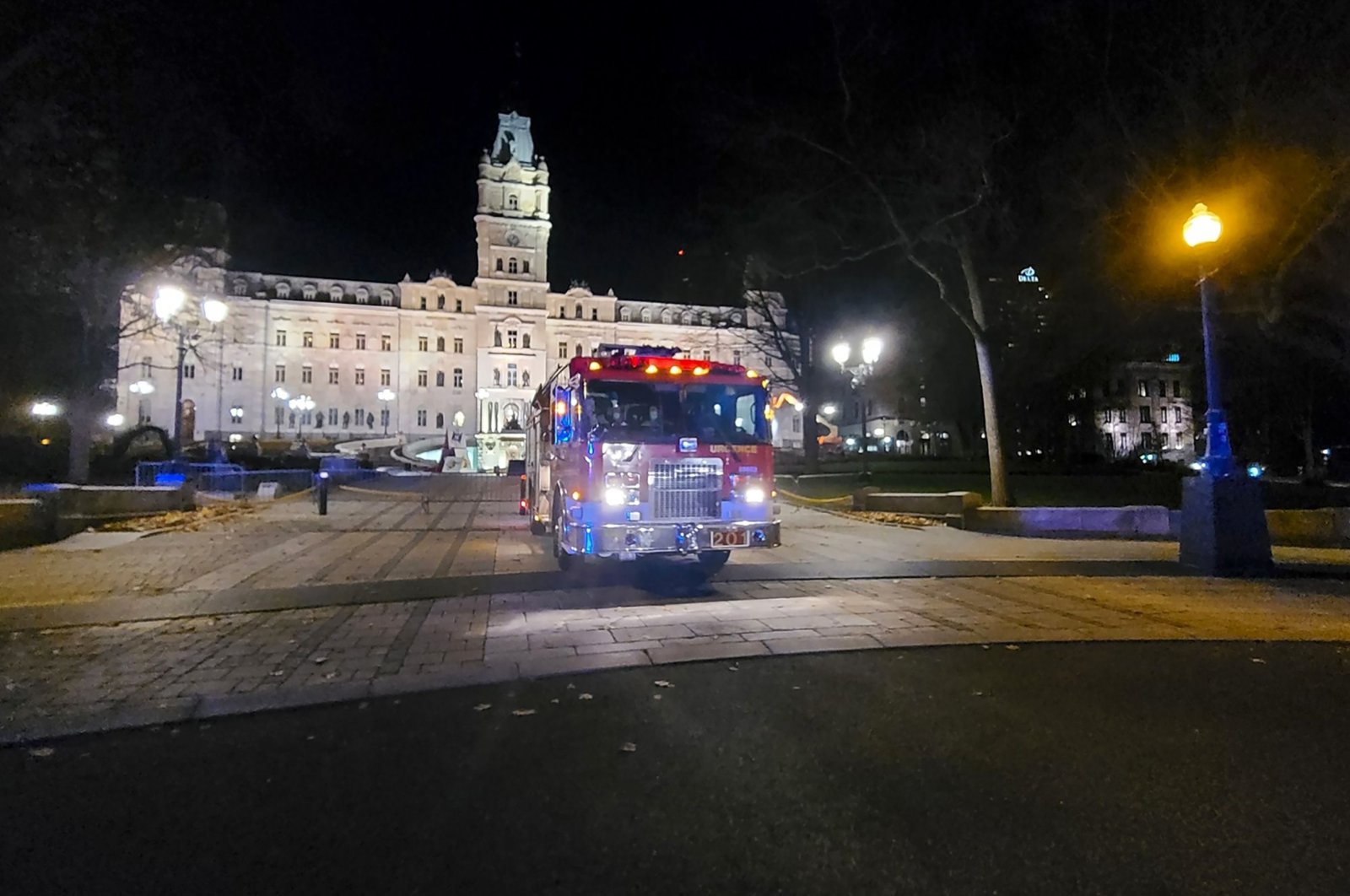 A firetruck is parked in front of the National Assembly of Quebec after two people were killed and five wounded by a sword-wielding suspect dressed in medieval clothing, Quebec City, Nov. 1, 2020. (AFP Photo)
by ASSOCIATED PRESS Nov 01, 2020 11:48 am

Police in Quebec City early Sunday arrested a man on suspicion of killing two people and injuring five others in a stabbing rampage near the provincial legislature on Halloween.

They say a man in his mid-20s has been arrested in connection with the Halloween night attacks and taken to a hospital.

Police had earlier warned residents to remain indoors as they hunted for a man dressed in medieval clothing and armed with a bladed weapon who had left "multiple victims.”

Spokesman Etienne Doyon said police were first notified of the stabbings near the National Assembly shortly before 10:30 p.m. Saturday.

The five injured victims were taken to a hospital, and a spokeswoman said their lives did not appear to be in danger.

Police asked area residents to remain indoors as their investigation was ongoing.

There’s no word on a possible motive for the attacks.