Pompeo says US ambassador to China stepping down on Twitter 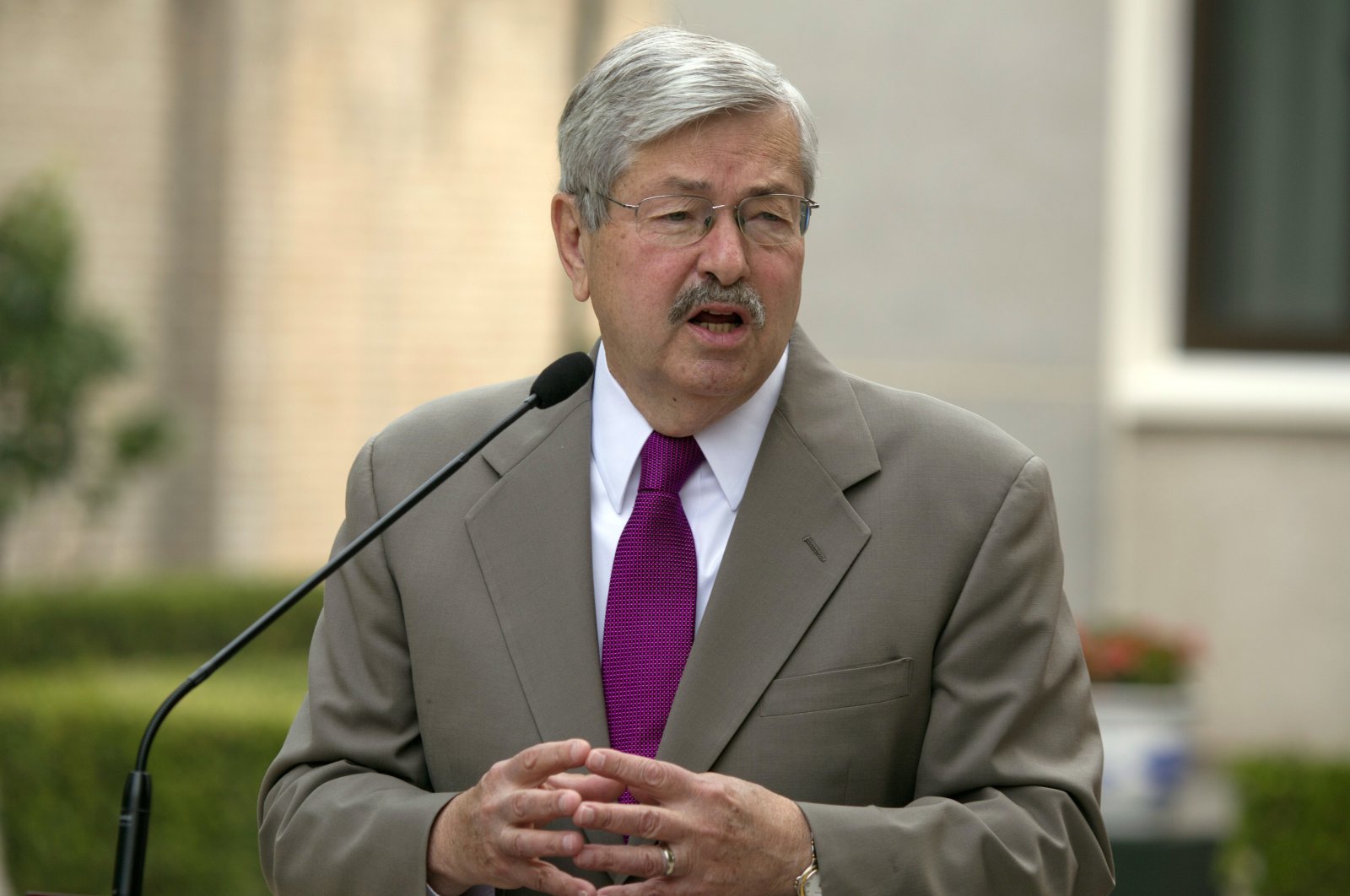 In this June 28, 2017, file photo, U.S. Ambassador to China Terry Branstad makes comments about pro-democracy activist and Nobel Laureate Liu Xiaobo during a photocall and remarks to journalists at the Ambassador's residence in Beijing. (AP Photo)
by ASSOCIATED PRESS Sep 14, 2020 1:02 pm
RECOMMENDED

The U.S. ambassador to China is stepping down, Secretary of State Mike Pompeo announced Monday on Twitter.

Pompeo thanked Ambassador Terry Branstad on Twitter for his more than three years of service. There was no immediate confirmation from the State Department.

"Ambassador Branstad has contributed to rebalancing U.S.-China relations so that it is results-oriented, reciprocal, and fair," Pompeo wrote in a follow-up tweet.

In a statement, the U.S. embassy in Beijing confirmed the departure, saying Branstad was retiring and would leave Beijing next month. It added that he had confirmed his decision to President Donald Trump by phone last week.

Branstad was embroiled in a recent controversy when China's official People's Daily newspaper rejected an opinion column that he had written. It wasn't clear whether his departure was related to the piece.

Pompeo tweeted last week that China's ruling Communist Party refused to run Branstad's op-ed while the Chinese ambassador to the U.S. "is free to publish in any U.S. media outlet.”

Early in his first term, he met Xi Jinping, now China's leader, when Xi visited Iowa as a county-level Communist Party official on a 1985 trade trip.

He was appointed ambassador by President Donald Trump after a vacancy of several months, during which the embassy's No. 2 official, David Rank, resigned after criticizing Trump's withdrawal from the Paris climate accord.

Soon after his arrival in Beijing, Branstad welcomed back American beef to the Chinese market after a 14-year ban, saying "I know it is a key priority of the president to reduce the trade deficit, and this is one of the ways we can do it."

He joined U.S. Trade Representative Robert Lighthizer and U.S. Treasury Secretary Steven Mnuchin at trade talks with Chinese counterparts in Beijing in May 2019.

He also made a rare visit to Tibet later that month, where he expressed concerns about what the U.S. called Chinese government interference in the freedom of Tibetan Buddhists to organize and practice their religion.

"He encouraged the Chinese government to engage in substantive dialogue with the Dalai Lama or his representatives, without preconditions, to seek a settlement that resolves differences," a U.S. Embassy statement said.