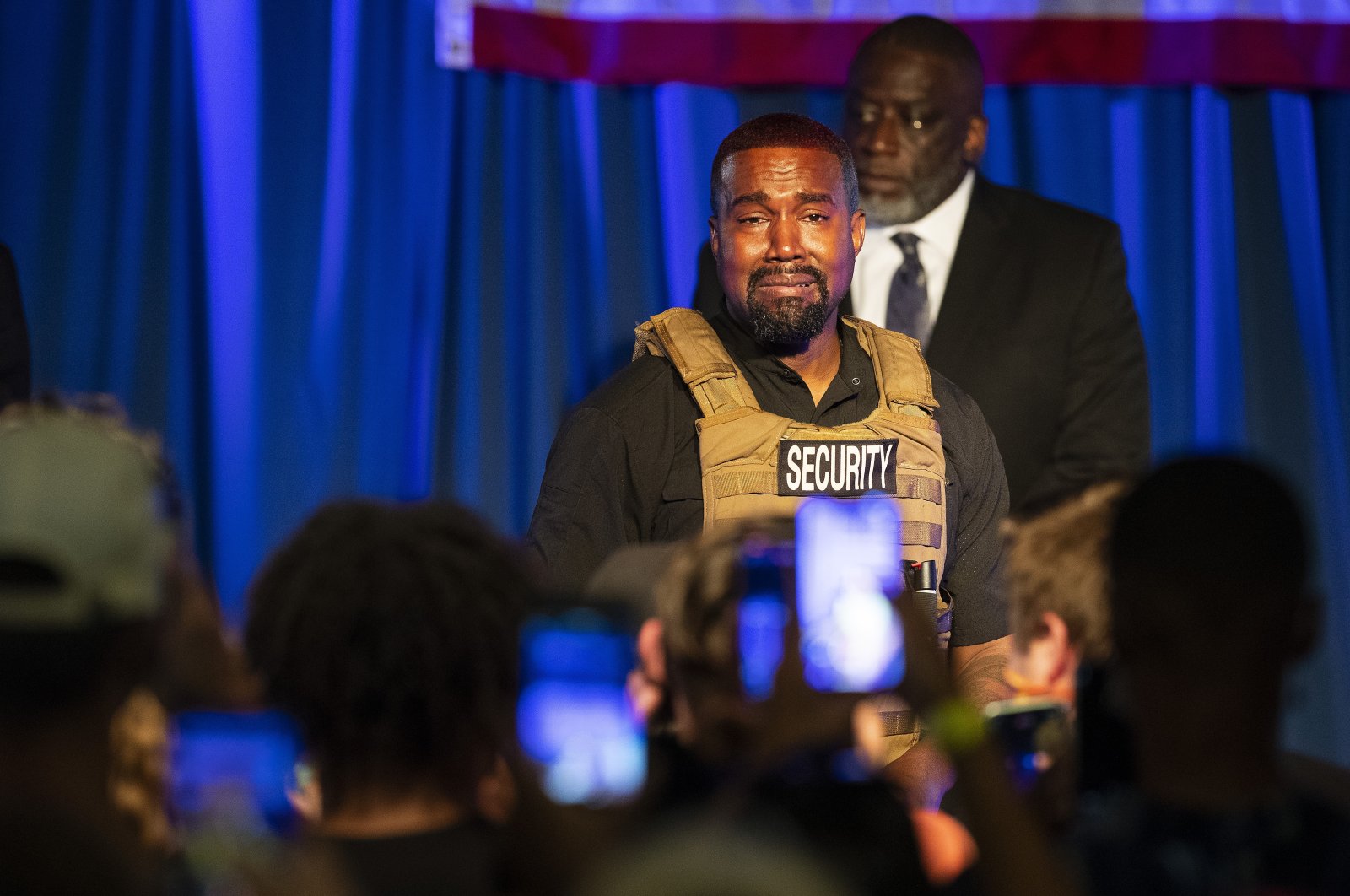 U.S. rapper and apparent presidential candidate Kanye West posted a series of tweets this week, which were later deleted, claiming his wife was trying to have him locked up on medical grounds and comparing himself to Nelson Mandela, prompting grave concerns for his mental health.

West was diagnosed with bipolar disorder in 2016, and his recent erratic behavior has stoked concerns he may be going through a manic episode.

On Wednesday, he said he has been trying to divorce his wife, reality TV star Kim Kardashian, in a message that was also deleted minutes later.

"I been trying to get divorced since Kim met with Meek at the Warldolf for prison reform," West wrote in a tweet. He also accused her of "white supremacy" on Monday and blasted Kim Kardashian's mother Kris Jenner, calling her "Kris Jong-Un."

West claimed his wife and mother-in-law had “tried to fly in with two doctors” due to concerns about his well-being after his weird entry into the presidential race.

"Kris and Kim put out a statement without my approval ... that's not what a wife should do," West wrote.

The 43-year-old rapper deleted his late-night tweets 30 minutes after posting them, except for his last post in which he called himself "the future president."

Those tweets came after West launched his U.S. presidential campaign with a rambling rally in Charleston, South Carolina.

Wearing a bullet-proof jacket marked "security," West tearfully claimed he had wanted his wife, Kardashian, to get an abortion and that renowned American abolitionist Harriet Tubman "never actually freed the slaves."

What is mental illness and why is it often associated with creative people?

On the one hand, patients experience very high periods known as "mania" when they feel energized, elated and can make reckless decisions. They sometimes also experience delusions.

"They can almost have no inhibitions at all, which means they can spend their life savings in a day," said Andrew Nierenberg, a psychiatry professor at Harvard.

"They can do something that's really bad judgment that they wouldn't ordinarily do, either sexually, or in relationships, or work," he said.

The other "pole" of the illness is depression: ultra-low episodes that can include inability to feel pleasure and suicidal thoughts.

In fact, the suicide rate among bipolar disorder patients is 10-30 times higher than that of the general population.

The illness affects up to 3% of the population, which makes it more common than schizophrenia but rarer than depression.

And there can be great variation among patients, said Timothy Sullivan, the chair of psychiatry at Staten Island University Hospital.

Some are more depressive and rarely manic, while others are the other way around.

As a result, diagnoses are typically delayed for years. If a patient has so far only experienced depression, they may be misdiagnosed.

West first revealed his diagnosis with bipolar disorder on his 2018 album "Ye," where he called it his "superpower." Last year, he revealed it caused him paranoid delusions and described being handcuffed during treatment.

Other celebrities who have spoken publicly about their mental health diagnoses include actor Stephen Fry and the late fashion designer Alexander McQueen.

Bipolar disorder is known to be "one of the more heritable mental illnesses," said Katherine Burdick, a psychologist at Harvard and the Brigham and Women's Hospital.

If one of your parents had the disorder, your risk is somewhere between 10% to 20%.

Scientists are looking for the genes responsible and trying to understand how these might affect the parts of the brain that deal with emotion.

Another line of research suggests that bipolar disorder could be linked to a flaw in how cells regulate energy, said Nierenberg.

There may also be environmental factors.

For many, but not all patients, "there's a higher rate of childhood trauma, childhood abuse and neglect," said Burdick.

Substance abuse is also a risk factor, and women sometimes develop it later in life compared to men.

The bedrock for treatment is mood-stabilizing drugs.

Lithium, which has been used since the 1940s, is still considered by many clinicians as the "gold standard" despite side effects.

Anti-inflammatory drugs that reduce an abnormal immune response are being investigated as a treatment, but research is preliminary.

Experts have also started to understand the role that the disruption of "social rhythms" play in bipolar disorder, which has shifted more attention toward therapy.

For instance, the death of a pet can trigger a depression-mania cycle, but when scientists studied such events closely, they realized patients were not driven by grief alone.

"Not only did the person suffer psychologically from that loss, but they used to take the dog out for walks, they got exercise, and it also got them up early in the day so that they had social interactions," said Sullivan.

People with bipolar disorder are sensitive to such disruptions, which means events like the coronavirus pandemic and lockdowns can cause particular harm.