Protests spread across US as Trump denies systemic racism 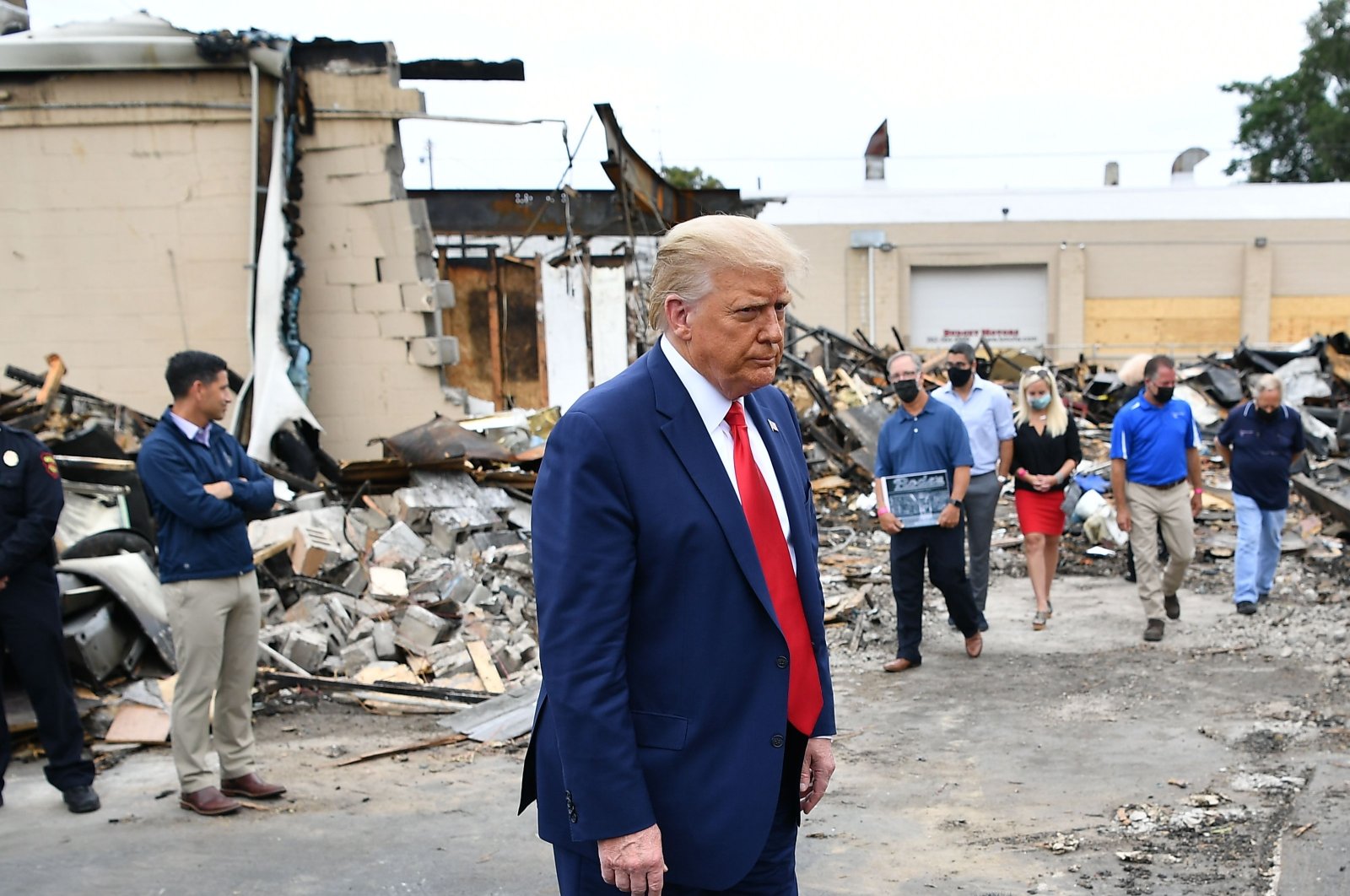 Anti-racism protests branded by U.S. President Donald Trump as acts of "domestic terror" spread further across the country with another black death at the hands of Los Angeles police stirring further unrest.

The man, identified as 29-year-old Dijon Kizzee, was riding his bicycle when deputies tried to stop him for a code violation, according to the sheriff's department. Kizzee ran away and when deputies caught up to him, he punched one of them in the face while dropping a bundle of clothing he was carrying, authorities said.

“The deputies noticed that inside the clothing items that he dropped was a black semiautomatic handgun, at which time a deputy-involved shooting occurred,” Lt. Brandon Dean of the LA County Sheriff’s Department told reporters.

Soon after the deadly confrontation, more than 100 people gathered at the scene demanding answers.

A small crowd gathered again Tuesday evening at the site of the shooting and peacefully marched, along with a caravan of cars, to the sheriff's station nearby as a police helicopter hovered overhead. Some of the protesters carried a banner that read "Stop Killer Cops."

Last week, police in Kenosha, Wisconsin also shot a black man, Jacob Blake, in front of his three young sons and left him paralyzed, following an altercation. The shooting prompted demonstrations in several cities and led to violent clashes in Kenosha that left two people dead. The shooting came as protests against police violence and racism have roiled the country in recent months following the killing of George Floyd at the hands of police in Minneapolis.

President Trump visited the city Tuesday despite pleas to stay away and claims he is dangerously fanning tensions as a reelection ploy. He stood at the epicenter of the latest eruption over racial injustice Tuesday and came down squarely on the side of law enforcement, blaming “domestic terror” for the violence in Kenosha and making no nod to the underlying cause of anger and protests – the shooting of yet another black man by police. Trump declared the violence “anti-American." He did not mention Blake. Trump has been hoping for months to shift the election battle against Democrat Joe Biden from a verdict on his widely panned coronavirus pandemic response to what he sees as far more comfortable territory of law and order.

A microcosm of the racial and ideological tensions of the Trump era, Kenosha has seen Black Lives Matter protests, riots and the arrival of armed, white vigilantes, culminating in an incident in which a 17-year-old militia enthusiast, Kyle Rittenhouse, allegedly shot dead two people and badly injured another.

Democrats and police reform advocates view Kenosha as a symbol of institutional racism. They see Rittenhouse, a Trump supporter, as emblematic of right-wing militias that are increasingly brazen about brandishing weaponry in political settings.

Trump, however, came with a different priority: countering what he has repeatedly described as the "anarchy" in Democratic-led cities. Trump has refused to condemn the growing presence of armed vigilantes on the streets, calling the alleged killings by Rittenhouse "an interesting situation." "We have to condemn the dangerous anti-police rhetoric," he said at a command center set up in a Kenosha high school.

Trump condemned unrest in Portland, Oregon, too, where a supporter was shot and killed recently – and an increase in shootings in cities including Chicago and New York – and tried to take credit for stopping the violence in Kenosha with the National Guard. But it was Wisconsin’s Democratic governor, Tony Evers, who deployed the Guard to quell demonstrations in response to the Blake shooting, and he had pleaded with Trump to stay away for fear of straining tensions further.