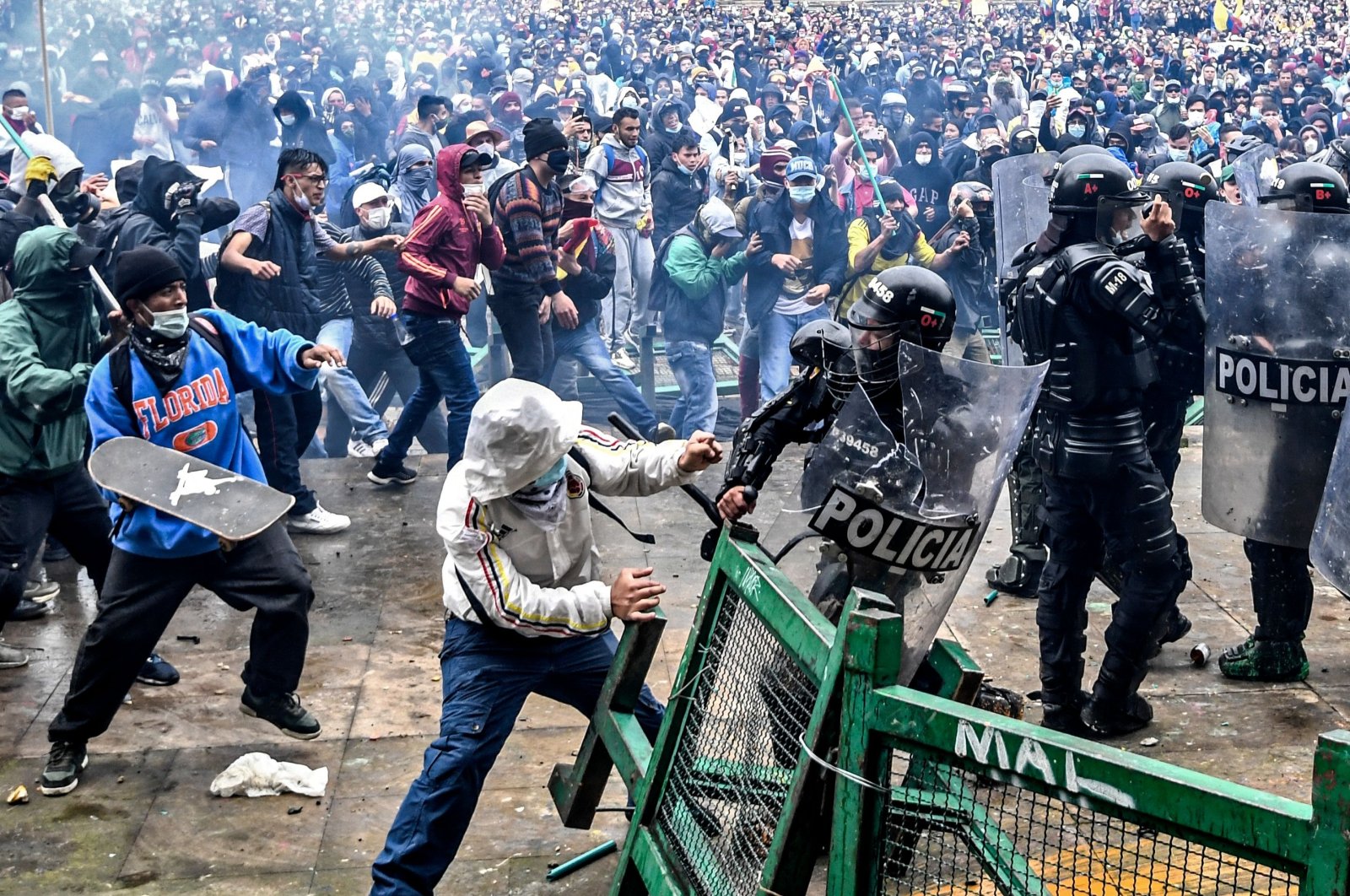 Thousands of demonstrators hit the streets across Colombia Wednesday to protest against a controversial tax reform proposal.

Forty people were arrested for alleged vandalism, the government said, and 42 police officers were injured. Police in major cities deployed tear gas amid some isolated disturbances.

In Bogota, 31 police and civilians were injured, the mayor's office said. The city of Cali deployed the army and put in place a 1 p.m. curfew after several buses were burned.

Union leaders called for marches to continue Thursday and announced another protest for May 19.

"We are asking President (Ivan) Duque to withdraw the tax reform," Francisco Maltes, president of the Central Union of Workers (CUT) said during a press conference.

The proposed tax reform by President Ivan Duque's government would increase taxes on individuals and businesses and eliminate many exemptions, which were meant to raise about $6 billion, equivalent to 2% of the gross domestic product (GDP).

The government has also suggested expanding items subject to value-added tax (VAT), saying the reform is crucial for Colombia to retain its investment-grade debt rating.

However, earlier Wednesday, finance official Juan Alberto Londono said the government could lower the targeted sum to as low as $4.8 billion to gain lawmakers' approval.

Unions insisted Wednesday's demonstrations would go ahead despite a court order to postpone it on COVID-19 concerns.

Colombia hit a new record of 490 daily reported coronavirus deaths Wednesday. Intensive care units in Bogota are more than 90% occupied, while in Medellin, occupation hovers near 100%.

Wednesday's protests are the most recent in a series of marches that began near the end of 2019 against Duque's policies.

"We are good people and we deserve better life conditions," he said.