Rittenhouse acquittal throws US gun debate into lightning round 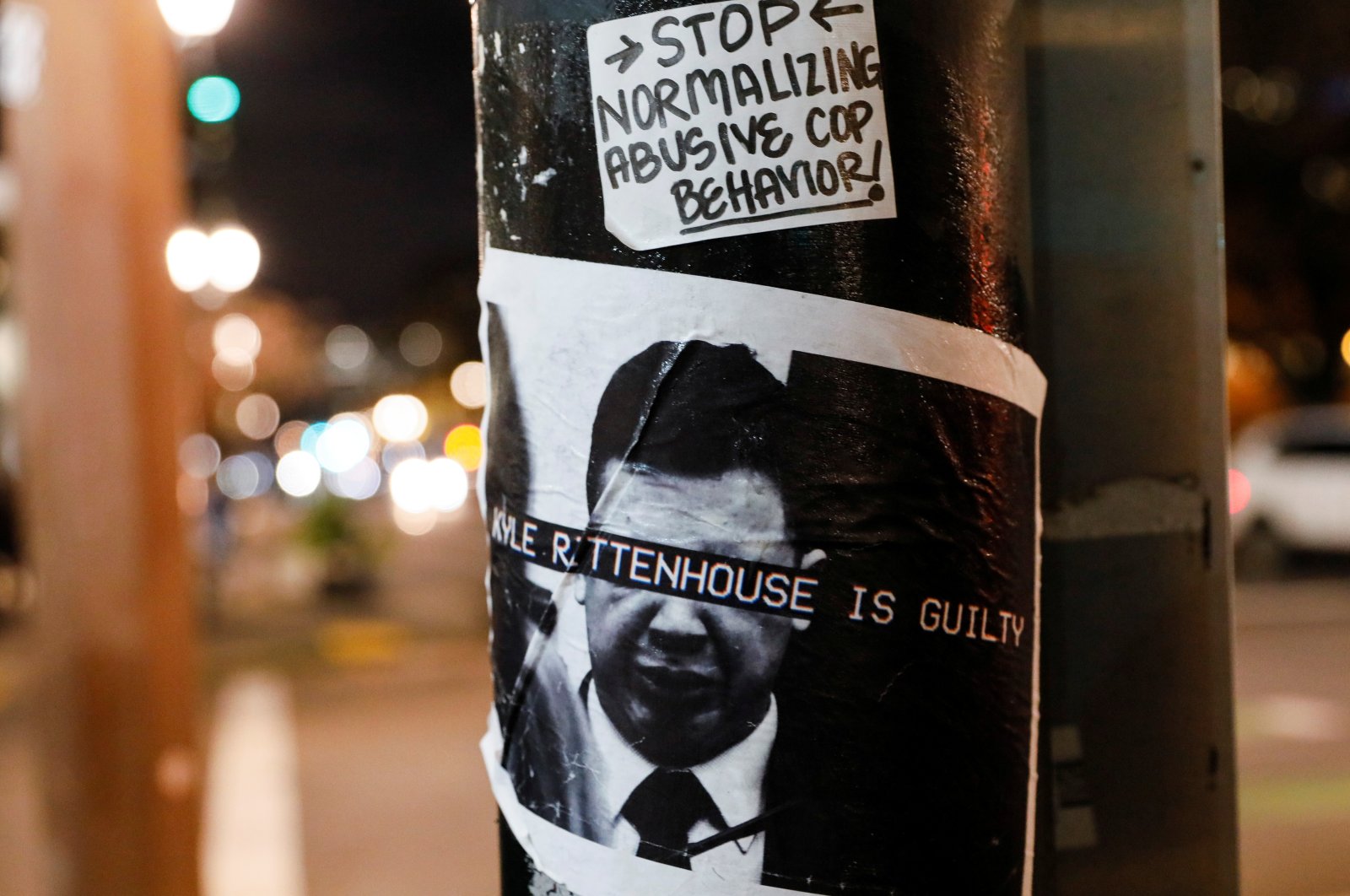 A street sign in protest to the full acquittal verdict of teenager Kyle Rittenhouse in his Wisconsin fatal shootings trial can be seen in Portland, Oregon, U.S., Nov. 19, 2021. (Reuters Photo)
by Reuters Nov 20, 2021 6:49 pm
RECOMMENDED

Teenager Kyle Rittenhouse's acquittal Friday on charges of murdering two people and injuring another during protests last year, has spawned yet another front in America's longstanding fight over gun rights as it brought into question whether it is acceptable for a teenager to bring an assault-style rifle to a protest.

Conservatives hailed Rittenhouse as a hero for exercising his right to self-defense when he fatally shot two demonstrators and wounded a third who he said attacked him last year at a racial justice protest in Kenosha, Wisconsin.

Gun control advocates warned the jury's verdict could inspire a new wave of armed vigilantism, after Rittenhouse traveled in August 2020 from his Illinois home to Kenosha after demonstrations erupted following the police shooting of a black man, Jacob Blake.

Guns have long been a potent political issue in the United States, where permissive laws have led to the highest rate of civilian firearm ownership in the world. Mass shootings, which are far more rare in other wealthy nations, have plagued the country for decades.

Rittenhouse's decision, at age 17, to roam the streets of Kenosha toting a weapon in the name of protecting private property from rioters struck a particular nerve about just how far gun rights should extend.

"As the tragic events on that night in August showed, a 17-year-old arming himself with an AR-15 makes no one safer," top officials at Giffords, the gun safety group, said in a statement. "Today's verdict sends a troubling message that will encourage further vigilante violence and murder."

Gun rights organizations and Rittenhouse supporters celebrated the outcome as a major victory.

Within minutes of the verdict, the National Rifle Association posted on Twitter the language of the U.S. Constitution's Second Amendment: "A well regulated militia, being necessary to the security of a free state, the right of the people to keep and bear arms, shall not be infringed."

Brandon Lesco, who was standing outside the Kenosha courthouse holding a "Free Kyle!" sign, said the verdict was just.

"Someone needs to be there to defend the American towns that people try to burn. I respect that he was there, I respect he carried a weapon, he used it properly, he used it legally. The jurors agree," said Lesco.

The trial judge earlier this week had dismissed a misdemeanor charge against Rittenhouse for illegally possessing the rifle he used in the shootings, citing vagueness in the law.

Liberals denounced Rittenhouse's acquittal as further evidence of a racially biased criminal justice system. Rittenhouse, like the men he shot, is white.

"That a white male youth can travel across state lines, armed with an assault rifle, and engage in armed confrontation resulting in multiple deaths without facing criminal accountability, is the all too familiar outcome in a country where systemic racism continues to rot the system," Margaret Huang, president and CEO of the Southern Poverty Law Center, said in a statement.

Some legal experts were careful to draw a distinction between the specific facts of Rittenhouse's case and the broader message it might send.

Prosecutors had a high bar to clear to convince jurors that Rittenhouse did not reasonably fear for his life at the time he fired, according to Janine Geske, a former Wisconsin Supreme Court justice. Under state law, he was legally permitted to carry his weapon openly.

But Geske said she worried the trial will teach the wrong lesson: "When you're out protesting or counter-protesting, it is perfectly fine to bring loaded weapons to 'protect yourself.' We're going to have substantial issues of who's defending themselves, when you've got two people with a gun."

That sentiment was echoed by Karen Bloom and John Huber, the parents of Anthony Huber, one of the men killed by Rittenhouse.

"It sends the unacceptable message that armed civilians can show up in any town, incite violence, and then use the danger they have created to justify shooting people in the street," they said in a statement.