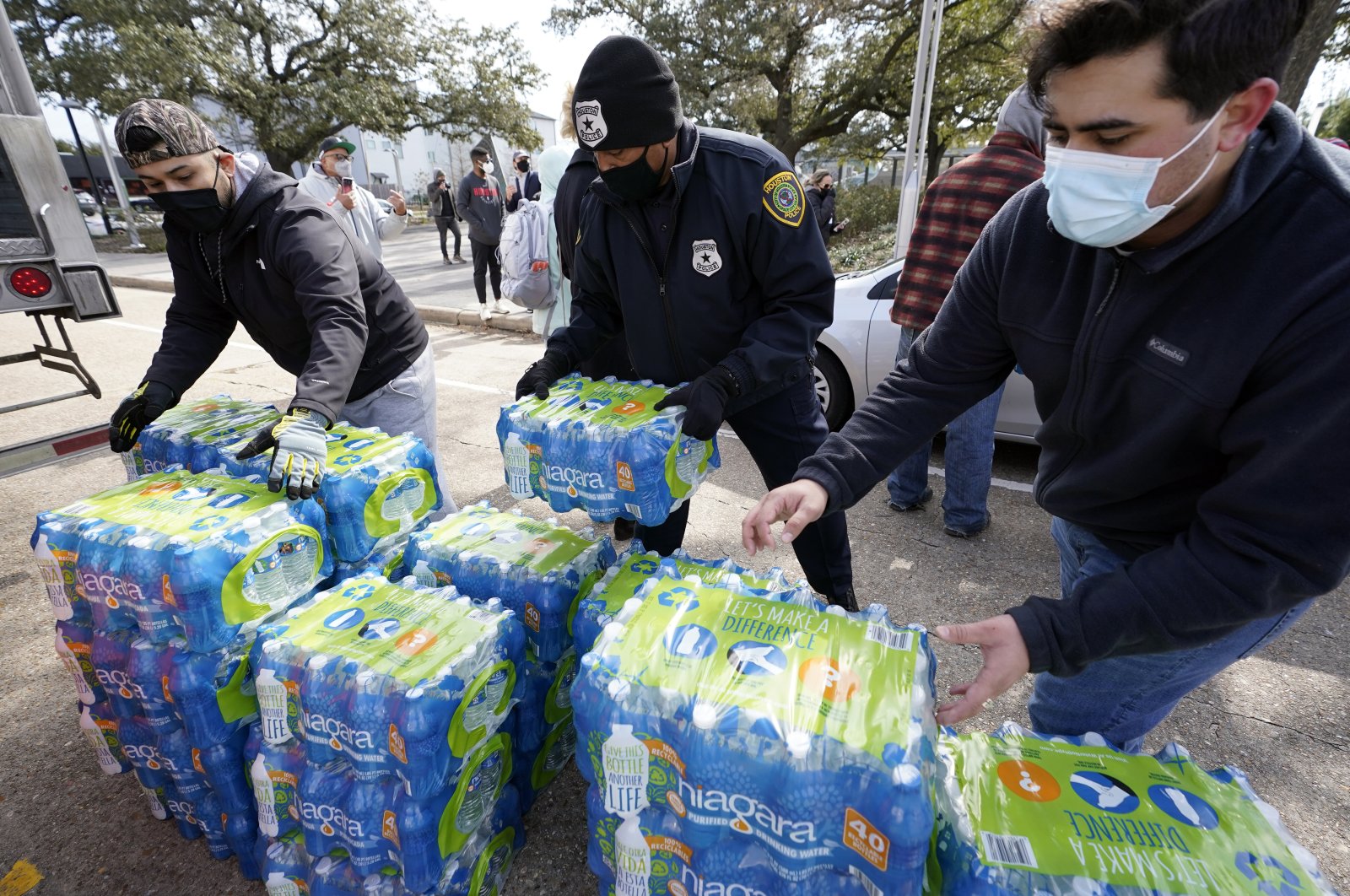 Many of the millions of Texans who lost power for days after a deadly winter blast overwhelmed the electric grid now have it back, but the crisis is far from over in parts of the South, with many people lacking safe drinking water.

About 325,000 homes and businesses remained without power in Texas on Thursday, down from about 3 million a day earlier, though utility officials said limited rolling blackouts were still possible.

The storms also left more than 450,000 from West Virginia to Louisiana without power and 100,000 in Oregon were still enduring a weeklong outage following a massive ice and snow storm.

The snow and ice moved into the Appalachians, northern Maryland and southern Pennsylvania, and later the Northeast as the extreme weather was blamed for the deaths of at least 56 people, with a growing toll of those who perished trying to keep warm. In the Houston area, a family died from carbon monoxide as their car idled in their garage. A woman and her three grandchildren were killed in a fire that authorities said might have been caused by a fireplace they were using.

Utilities from Minnesota to Texas used rolling blackouts to ease strained power grids. But the remaining Texas outages were mostly weather-related, according to the state's grid manager, the Electric Reliability Council of Texas.

Rotating outages for Texas could return if electricity demand rises as people get power and heating back, said Dan Woodfin, the council's senior director of system operations. Texas Gov. Greg Abbott warned that state residents "are not out of the woods,” with temperatures still well below freezing statewide, south-central Texas threatened by a winter storm and disruptions in food supply chains.

Adding to the state's misery, the weather jeopardized drinking water systems. Authorities ordered 7 million people – a quarter of the population of the nation’s second-largest state – to boil tap water before drinking it, following the record low temperatures that damaged infrastructure and pipes. Water pressure dropped after lines froze and because many people left faucets dripping to prevent pipes from icing, said Toby Baker, executive director of the Texas Commission on Environmental Quality.

Two of Houston Methodist's community hospitals had no running water and still treated patients but canceled most nonemergency surgeries and procedures for Thursday and possibly Friday, said spokesperson Gale Smith.

As of Thursday afternoon, more than 1,000 Texas public water systems and 177 of the state’s 254 counties had reported weather-related operational disruptions, affecting more than 14 million people, according to the Texas Commission on Environmental Quality. About 260,000 homes and businesses in Tennessee's largest county, which includes Memphis, were told to boil water after cold temperatures led to water main ruptures and problems at pumping stations. And in Jackson, Mississippi, Mayor Chokwe Antar Lumumba said most of the city of about 150,000 was without water Thursday night.

Crews were pumping water to refill city tanks but faced a shortage of chemicals to treat the water, she said. "We are dealing with an extreme challenge with getting more water through our distribution system,” Lumumba said. About 85 seniors in a Jackson apartment building lost water service Monday and were relying on deliveries from a building manager, said resident Linda Weathersby. Weathersby went outside collecting buckets of ice to melt it so she could flush her toilet and said "my back's hurting now.”

As the storms headed east, 12 people were rescued Wednesday night from boats after a dock weighed down by snow and ice collapsed on Tennessee's Cumberland River, the Nashville Fire Department said. A 9-year-old Tennessee boy was killed when the tube his father was pulling behind an ATV slammed into a mailbox. In and around the western Texas city of Abilene, authorities said six people died of the cold – including a 60-year-old man found dead in his bed in his frigid home and a man who died at a health care facility when a lack of water pressure made medical treatment impossible.

A 69-year-old Arkansas man was found dead after falling into a frozen pond while trying to rescue a calf. In Kentucky, a 77-year-old woman was found dead of likely hypothermia after two days without power and heat. Before the wintry weather moved from Texas, the city of Del Rio along the U.S.-Mexico border got nearly 10 inches (25.4 centimeters) of snow Thursday, surpassing the city’s one-day record for snowfall.