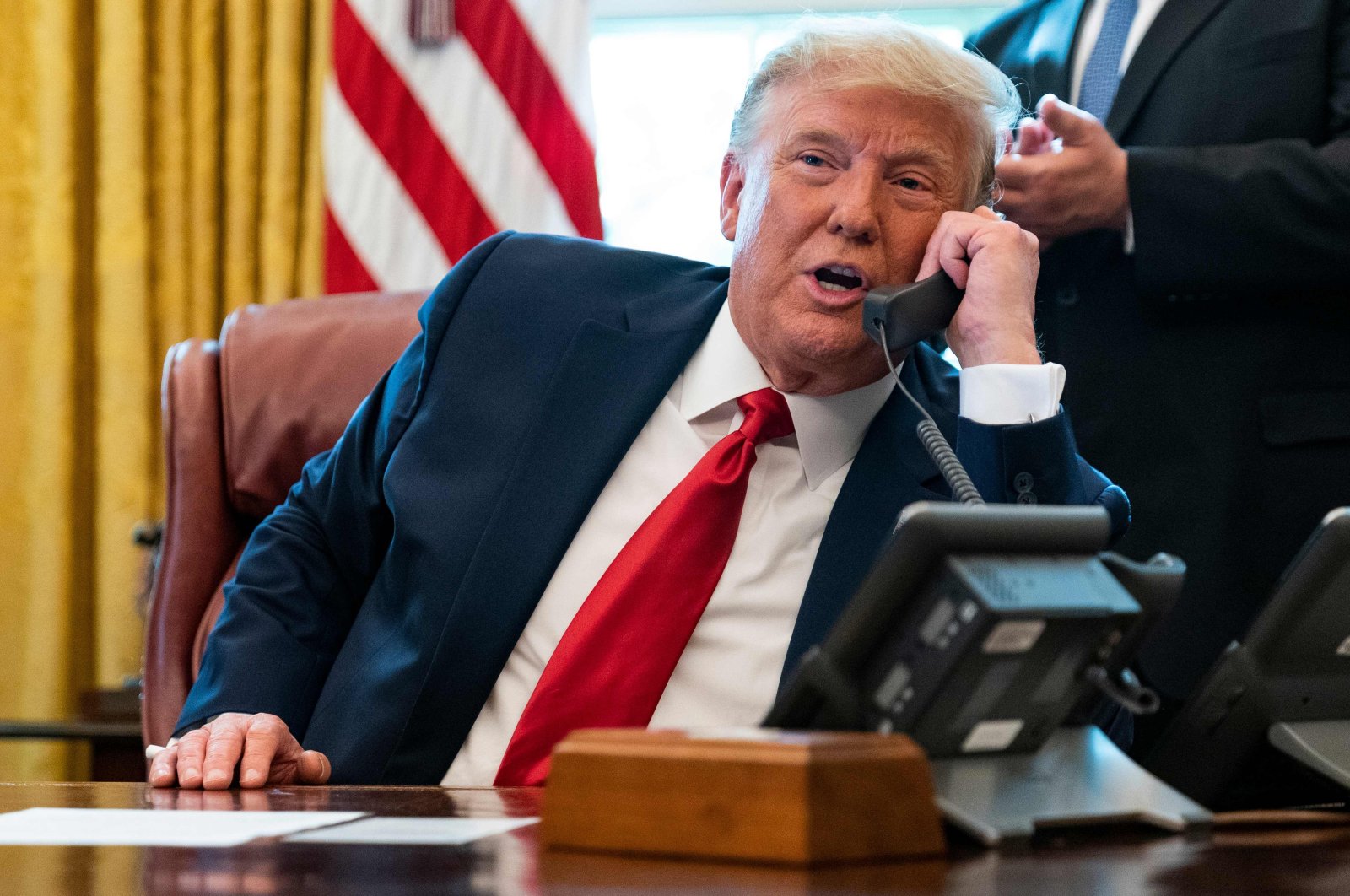 In this file photo taken on October 23, 2020 US President Donald Trump speaks to the leaders of Sudan and Israel as he announces that Sudan will normalize relations with Israel at the White House in Washington, DC, on October 23, 2020. (AFP Photo)
by REUTERS Dec 12, 2020 1:50 am
RECOMMENDED

President Donald Trump's administration moved forward with $1 billion in sales of drones and precision-guided weapons to Morocco on Friday, sending a notice to Congress about the potential deals, according to sources familiar with the notification.

News of the deal came as the White House announced an agreement brokered with U.S. help for Morocco to normalize relations with Israel.

The deal includes four MQ-9B SeaGuardian drones made by privately-held General Atomics, and Hellfire, Paveway and JDAM precision-guided munitions made by Lockheed Martin, Raytheon and Boeing, the sources said.

Reuters was first to report on Thursday that Washington was negotiating the sale and would notify Congress shortly.

Congress is notified about major international weapons deals and given the opportunity to review them before they go through. Under U.S. weapons export law, members of Congress can attempt to block such sales by offering resolutions of disapproval, but sources said that was not expected in this case.

A deal with Morocco would be among the first drone sales after the Trump administration moved ahead with a plan to sell more drones to more countries by reinterpreting an international arms control agreement called the Missile Technology Control Regime (MTCR).

This fall drone sales moved ahead to Taiwan and the United Arab Emirates. An effort to block the UAE sale failed in the U.S. Senate on Wednesday.