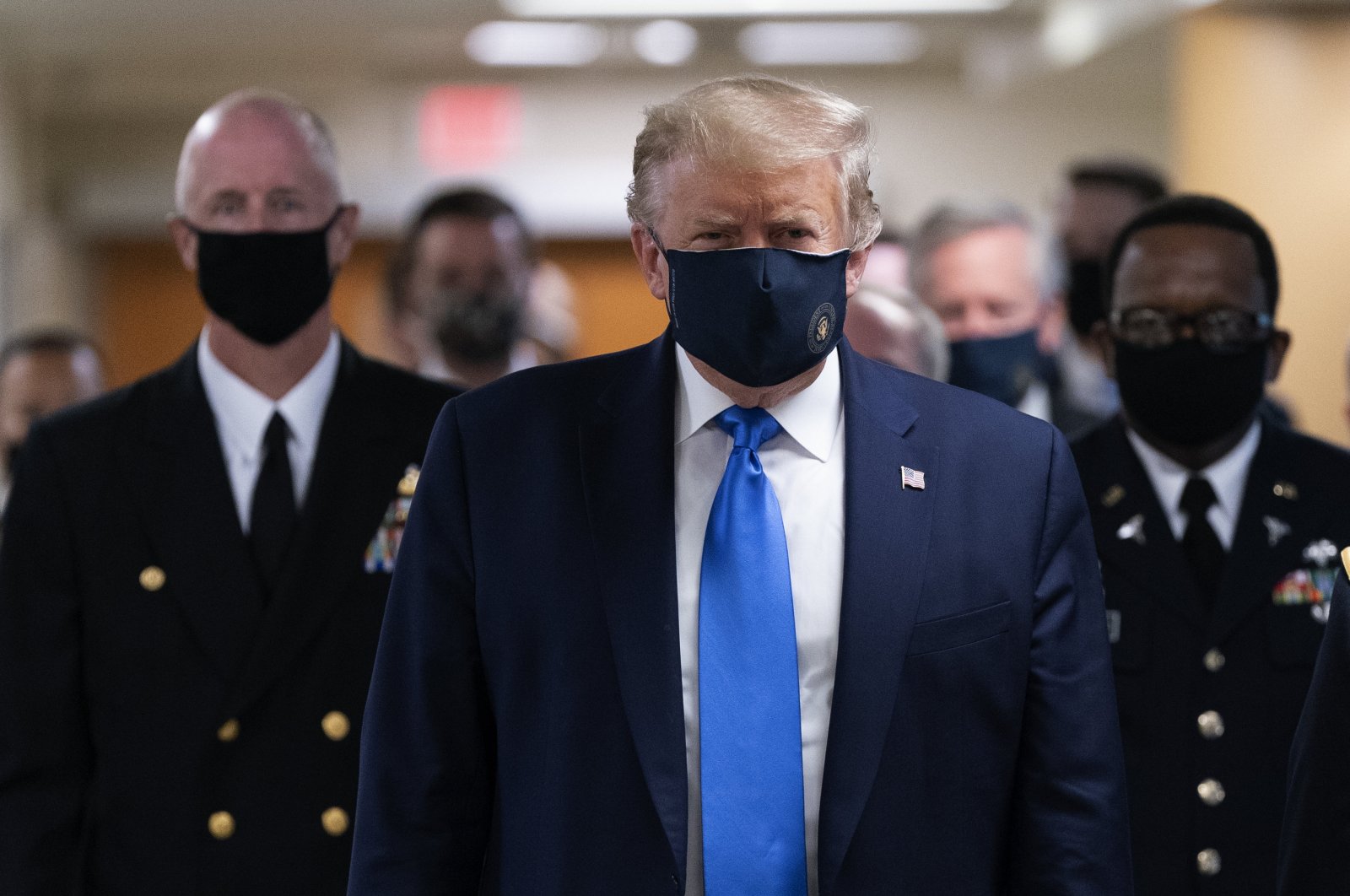 U.S. President Donald Trump admits he tried to minimize the seriousness of the threat from COVID-19 at the outset of the pandemic in audio recordings released Wednesday from interviews with veteran American journalist Bob Woodward.

"I wanted to always play it down," Trump said in an interview with Woodward on March 19, according to a CNN preview of the book "Rage," due to be published Sept. 15.

"I still like playing it down, because I don't want to create a panic," he said in the conversation with Woodward, which was recorded.

Coming eight weeks before the Nov. 3 presidential election, the revelation added new pressure on Trump. Opinion polls show around two-thirds of Americans disapprove of his handling of the virus and he has often been accused of minimizing the crisis in order to try and boost his reelection chances.

Speaking to reporters at the White House, Trump denounced the book as "another political hit job" and said if he'd downplayed COVID-19 it was to prevent a "frenzy."

"The fact is I'm a cheerleader for this country, I love this country and I don't want people to be frightened," he said.

"I'm not going to drive this country or the world into a frenzy," he said. "We have to show leadership and the last thing you want to do is create a panic."

However, "Rage" will give fresh ammunition to the Democrats arguing that Trump failed to prepare Americans for the severity of the coronavirus outbreak or to lead them into a proper response.

In the interviews with Woodward, Trump made clear he'd understood at the outset that the virus was "deadly stuff" – far more dangerous than the ordinary flu.

In public, however, Trump repeatedly told Americans during the initial weeks at the start of 2020 that the virus wasn't dangerous and would "disappear" by itself.

"He knew how deadly it was," Democratic presidential challenger Joe Biden said while campaigning in Michigan. "He lied to the American people. He knowingly and willingly lied about the threat it posed to the country for months."

"It was a life and death betrayal of the American people," Biden added.

But there was support for Trump from the highly respected infectious diseases expert Anthony Fauci, who has consistently told the public that the coronavirus requires a tough response – even when the president appeared to be saying something different.

"I don't recall anything that was any gross distortion in things that I spoke to him about," he told Fox News.

Trump was keen to stop the country from getting "down and out," Fauci said.

The president has repeatedly insisted that he has successfully managed the pandemic in the United States, although it is soon on track to take 200,000 lives.

He points to early decisions to ban travel from China, where the virus first appeared, and from hotspots in Europe.

However, at minimum Trump delivered mixed messages at a time when the country was looking for guidance.

He veered from declaring himself the equivalent of a war-time president to contradicting government scientists and calling for an early reopening of the economy.

In February – well after he had been briefed by advisors on the dangers posed by the coronavirus – he said that the virus might go away by April "with the heat."

In March, he described the government's "tremendous control over" the situation and said: "It will go away. Just stay calm."

That same month, Trump compared the coronavirus to the common flu, which he noted kills "between 27,000 and 70,000 per year" yet "nothing is shut down, life & the economy go on."

At the end of March, a grim-faced president announced that a death toll of 100,000 was looming. Shortly before, he'd been talking up the idea of people ending social distancing in time for Easter in mid-April.

It took until July before Trump even wore a face mask in public. Early on, he also frequently praised the Chinese government's response, only later pivoting to ferociously blaming Beijing for the global health crisis.