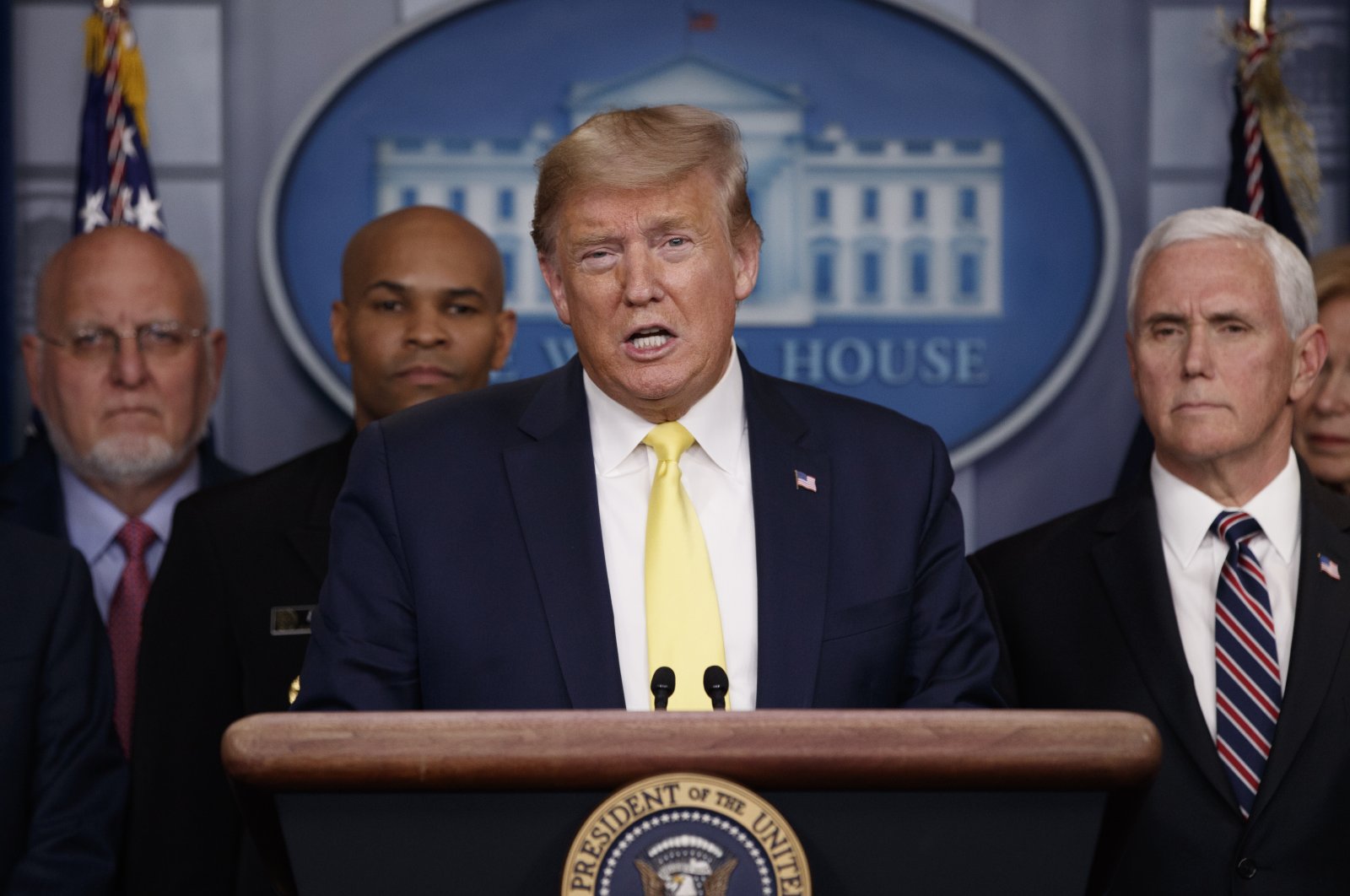 Describing himself as a “wartime president” fighting an invisible enemy, President Donald Trump announced Wednesday he was deploying military hospital ships to the New York City, which is rapidly becoming an epicenter of the pandemic, and another such ship to the West Coast, while also invoking the Defense Production Act to expand the U.S. response to the coronavirus outbreak.

As America and Canada announced they were closing their border to non-essential travelers, New York Gov. Andrew Cuomo said Trump was dispatching the navy's 1,000-room USNS Comfort to the city's harbor.

The moves came as the number of deaths in the U.S. from COVID-19, the illness caused by the new coronavirus, reached 150, with confirmed cases soaring to more than 9,300, according to a Johns Hopkins University tally.

The Defense Production Act gives the president broad authority to shape the domestic industrial base so that it is capable of providing essential materials and goods needed in a national security crisis. The law allows the president to require businesses and corporations to give priority to and accept contracts for required materials and services.

U.S. stocks suffered deep losses as Trump tried to downplay fears that the unemployment rate in the world's number one power could spike to 20% because of the fast-spreading epidemic. Meanwhile, America's "Big Three" car makers, General Motors, Fiat Chrysler and Ford, announced that they would halt operations throughout North America through the end of the month.

Trump told reporters that he viewed himself as "a wartime president. I mean, that's what we're fighting. I mean, it's a very tough situation here." He added that the U.S. would "defeat the invisible enemy," and do it "even faster than we thought."

No longer able to run for reelection on a healthy economy, he was taking on the mantle of a wartime leader after played down the severity of the crisis for weeks.

The president also employed more nativist, us-vs-them rhetoric at the briefing, continuing his recent habit of referring to the coronavirus as the “Chinese virus,” which has been sharply criticized as racist. “It's not racist at all," Trump said. “It comes from China, that's all."

He was asked about a report that a White House aide had referred to the virus as the “Kung flu" when talking to an Asian-American reporter and Trump did not signal disapproval of the offensive term.

Trump later met nursing leaders and expressed “gratitude for those on the front lines in our war against the global pandemic" as he held out hope that the pandemic would be over soon.