Trump calls Joe Biden 'wacko' ahead of US presidential debates 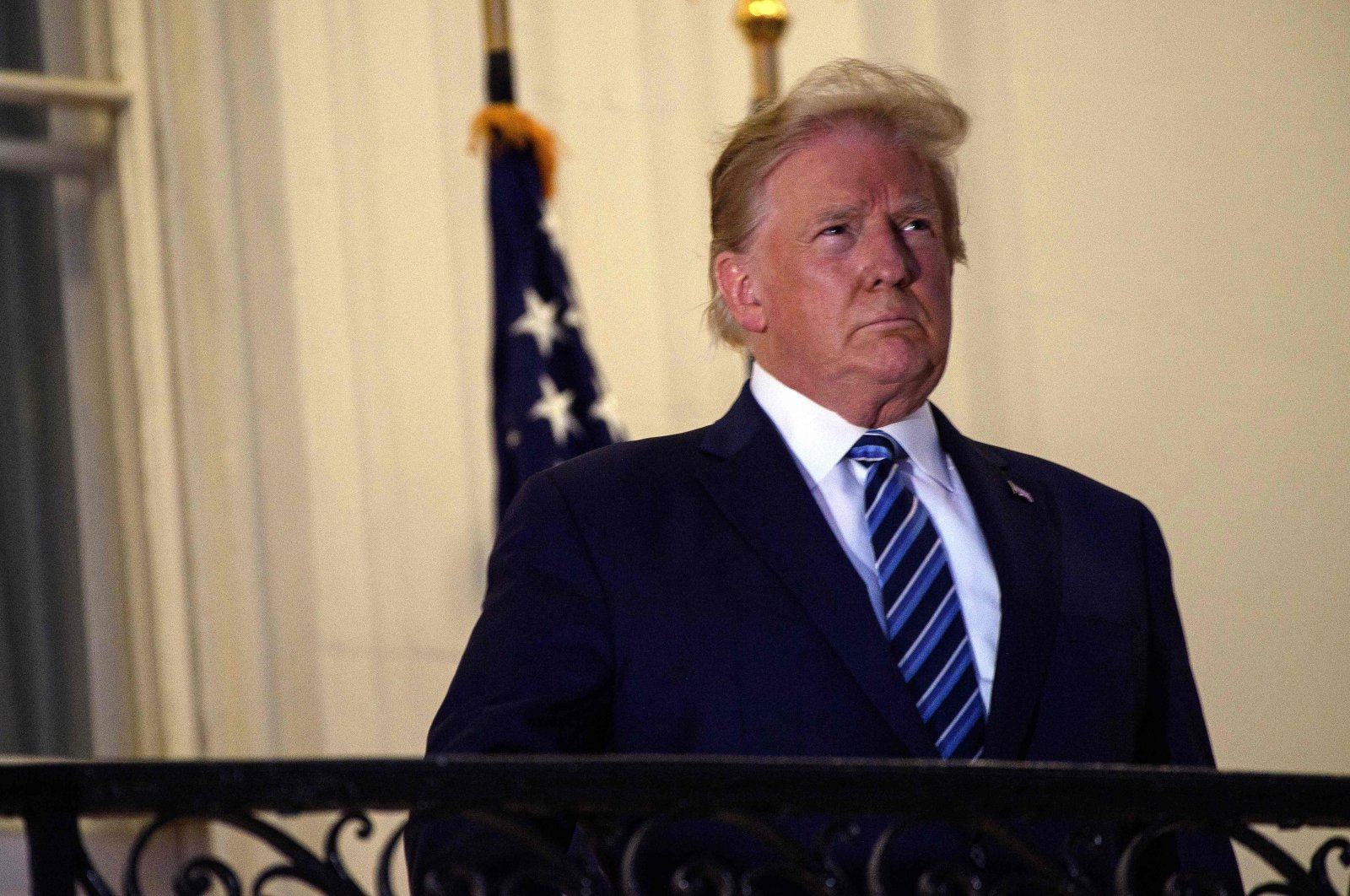 U.S. President Donald Trump looks out from the Truman Balcony upon his return to the White House from Walter Reed Medical Center, where he underwent treatment for COVID-19, in Washington, D.C., on Oct. 5, 2020. (AFP Photo)
by Agencies Oct 07, 2020 5:54 pm
RECOMMENDED

U.S. President Donald Trump on Wednesday labeled his opponent Joe Biden "a wacko," as the president seeks to revive his reelection campaign while he is confined to the White House recovering from COVID-19.

"He's been a wacko for years, and everyone knows it," Trump tweeted. "Notice how all of the bad things, like his very low IQ, are no longer reported? Fake News!"

Trump linked his tweet to a clip of Biden on the campaign trail telling a group of young dancers he wanted to "see them dancing when they're four years older."

Biden's apparent reference to his ambition to be campaigning for reelection in four years' time was criticized as inappropriate by Fox News.

Trump was grappling with next political steps exactly four weeks from Election Day. Anxious to project strength, Trump, who is still contagious with the virus, tweeted Tuesday that he was planning to attend next week's debate with Biden in Miami and “It will be great!”

Biden, for his part, said he and Trump “shouldn’t have a debate” as long as the president remains COVID-19 positive. Biden told reporters in Pennsylvania that he was “looking forward to being able to debate him” but said “we’re going to have to follow very strict guidelines.”

Lashing out on Twitter, the president remains largely isolated in White House residence, where aides were instructed to take extensive precautions to prevent themselves from catching the coronavirus from the contagious president.

Trump’s physicians have not provided a substantive update on his health since Monday afternoon, including his medications and potential long-term health impacts from the virus that has killed more than 210,000 Americans and reached into the upper echelons of the U.S. government.

As Trump convalesced, he again publicly played down the virus on Twitter after his return from a three-day hospitalization, though even more aides tested positive, including one of his closest advisers, Stephen Miller. All told more than a dozen White House staffers have tested positive.

In one significant national coronavirus action, Trump declared there would be no action before the election on economic-stimulus legislation – an announcement that came not long after the Federal Reserve chairman said such help was essential for recovery with the nation reeling from the human and economic cost of the pandemic. Stocks fell on the White House news. He later tweeted his support for a range of piecemeal stimulus proposals that appear to be a political non-starter before Election Day.

As for Trump’s own recovery, his doctor, Navy Cmdr. Sean Conley, said in a brief letter Tuesday that the president had a “restful” Monday night at the White House and “reports no symptoms.”