Trump calls New York City a 'hellhole' that 'everybody is leaving' 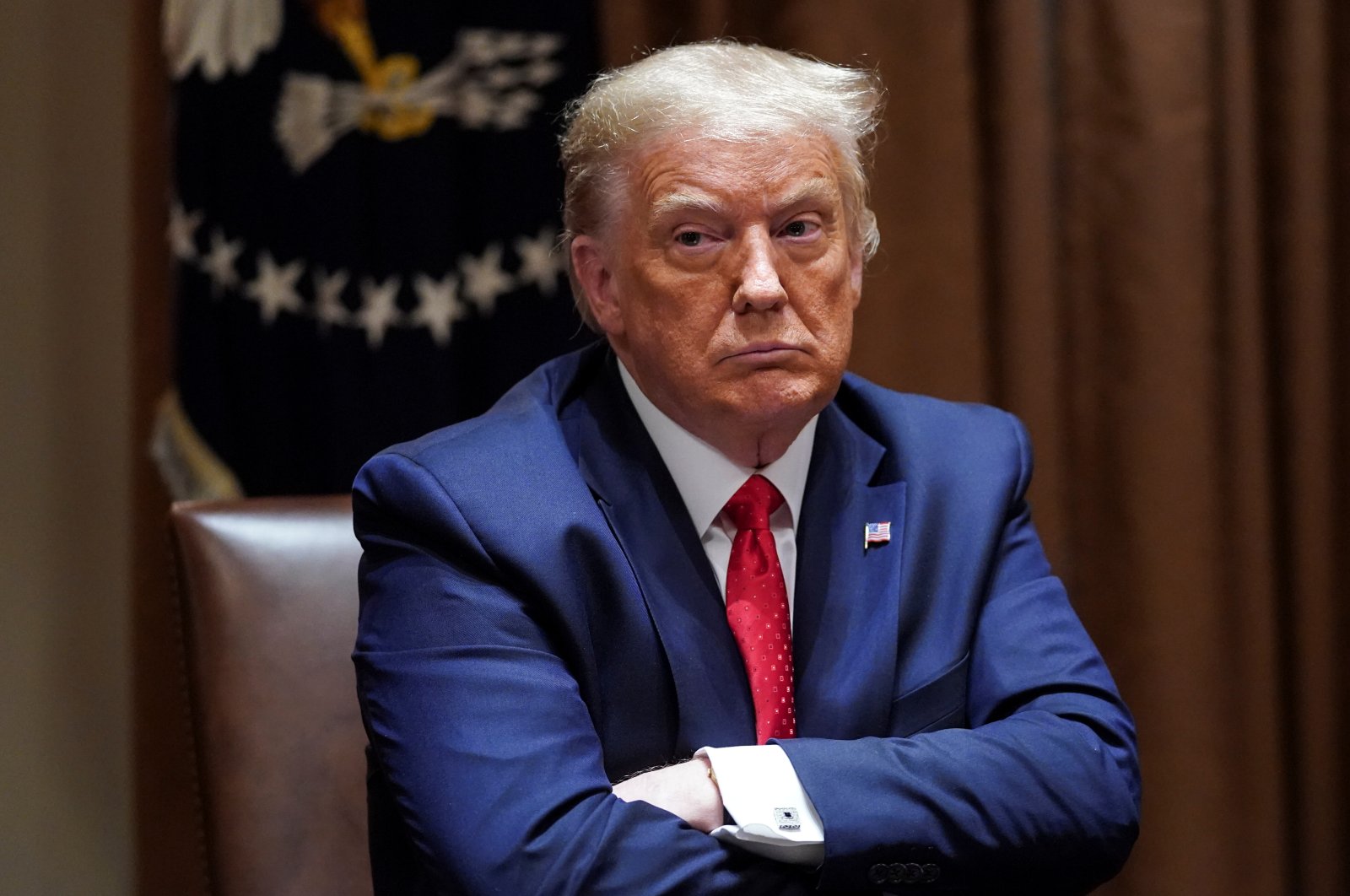 U.S. President Donald Trump speaks about today's Supreme Court rulings, calling them "part of a political witch hunt and a hoax,” during a roundtable discussion with members of the Hispanic community in the Cabinet Room at the White House in Washington, U.S., July 9, 2020. (Reuters Photo)
by DAILY SABAH WITH AGENCIES
Jul 09, 2020 10:56 pm

Trump added that the Supreme Court's rulings were "purely political."

"You know what's going on in New York, everyone's leaving. It's turned out to be a hellhole," he said.

The rulings prompted a string of furious tweets from Trump but they may actually allow the New York real estate tycoon to keep his tax returns and other financial documents hidden until after the November election.

The court ruled 7-2 against Trump in a case brought by Manhattan district attorney Cyrus Vance, a Democrat who is seeking the president's financial records in connection with a "hush money" payment made to adult film actress Stormy Daniels that may have violated campaign finance laws.

While the court ruled that Trump's accountants must turn over the records, it did leave room for his lawyers to challenge the scope of the district attorney's subpoena in a lower court.

Both of the conservative justices appointed by Trump – Neil Gorsuch and Brett Kavanaugh – joined Chief Justice John Roberts and the four liberal justices in rejecting the claim by Trump's lawyers that a president enjoyed absolute immunity.

The Democratic-led committees are looking into the president's finances and those of the Trump Organization and his family in what started as a probe into foreign influence in the 2016 election.

Trump's secrecy over his tax returns and personal finances has prompted speculation about his true worth and possible financial entanglements.

Trump promised to release his tax returns during his 2016 campaign for the White House but has declined to do so.

U.S. presidents are not required by law to release details of their personal finances but every U.S. leader since Richard Nixon has done so.

The politically sensitive cases were being closely watched because of their potentially far-reaching implications on the limits of presidential power and congressional authority.

In both the New York and congressional cases, subpoenas were issued to Mazars, Trump's longtime accounting firm, as well as to Deutsche Bank and Capital One bank demanding his financial records.