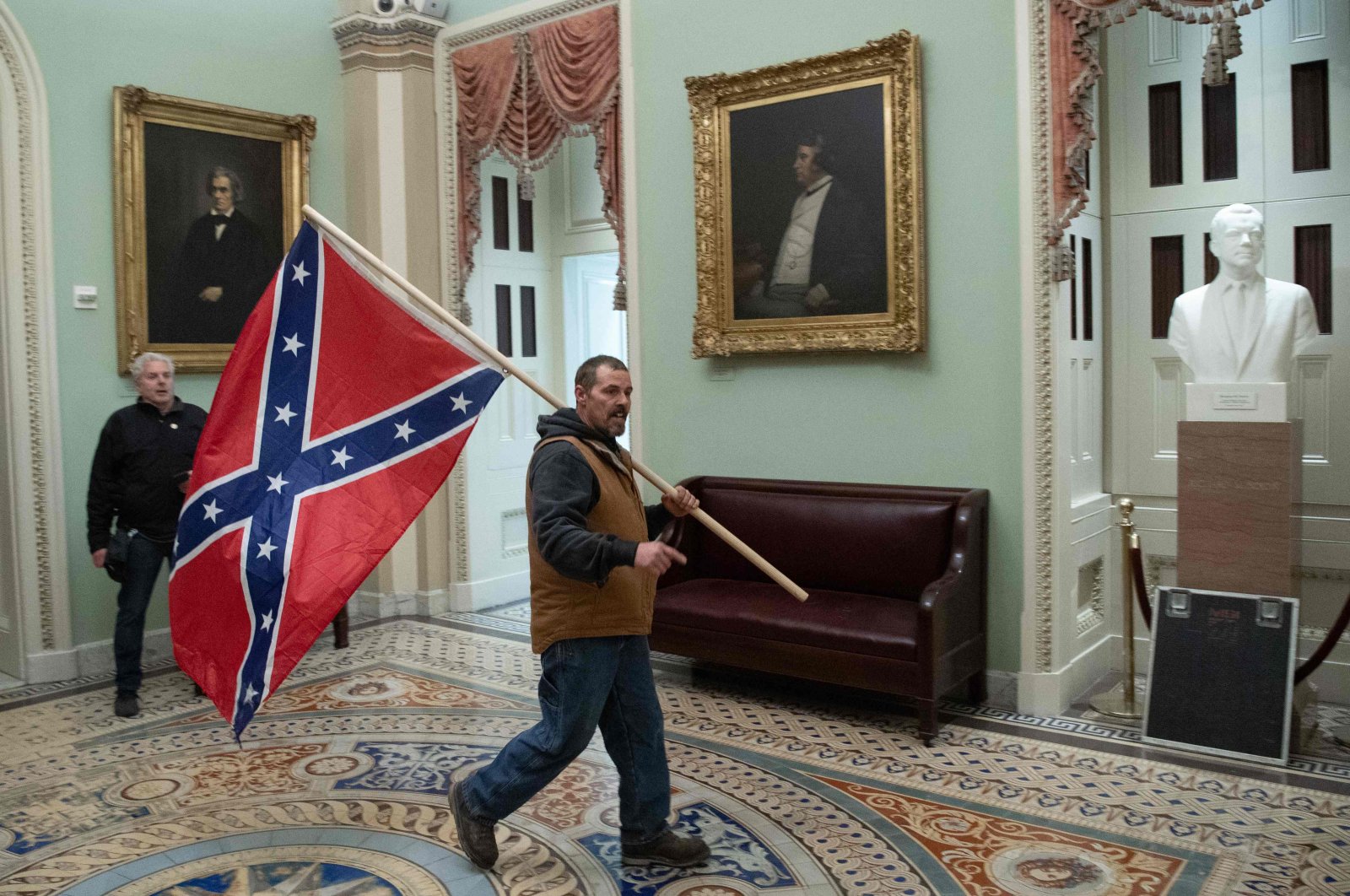 U.S. President Donald Trump on Wednesday called for peace and told protesters to go home after hundreds of demonstrators stormed the U.S. Capitol building and sought to force Congress to undo his election loss.

The video call came after President-elect Joe Biden said that Trump must "step up" and demand that his supporters end their "siege" of the U.S. Capitol building, after pro-Trump protesters refusing to accept his election loss swarmed the building on Wednesday, putting it on lockdown.

Biden, speaking in Wilmington, Delaware, said U.S. democracy was under an unprecedented assault.

Meanwhile, the head of NATO and European leaders also voiced their concerns.

"Shocking scenes in Washington, D.C. The outcome of this democratic election must be respected," said NATO Secretary-General Jens Stoltenberg on Twitter.

The EU's foreign policy chief condemned as an "assault on U.S. democracy" the storming of the U.S. Congress by thousands of Trump supporters.

"In the eyes of the world, American democracy tonight appears under siege," the official, Josep Borrell, tweeted.

"This is an unseen assault on U.S. democracy, its institutions and the rule of law. This is not America. The election results of 3 November must be fully respected."

British Prime Minister Boris Johnson called the events "disgraceful" and said the U.S. "stands for democracy around the world and it is now vital that there should be a peaceful and orderly transfer of power."

"I am following with concern the news that are coming from Capitol Hill in Washington. I trust in the strength of America's democracy," said Spanish Prime Minister Pedro Sanchez. "The new Presidency of Joe Biden will overcome this time of tension, uniting the American people."

German Foreign Minister Heiko Maas urged that "Trump and his supporters should finally accept the decision of the American voters and stop trampling democracy."

"Enemies of democracy will be happy to see these inconceivable images in Washington, D.C. Incendiary words become violent acts – on the steps of the Reichstag, and now in the Capitol. Contempt of democratic institutions has devastating ramifications," he wrote on Twitter.

Chaotic scenes of thousands of Trump's supporters clashing with police outside of the federal legislature gave way to even more chaos as protesters overwhelmed law enforcement, breached the Capitol's doors and windows, and eventually made their way to the Senate floor.

Security was seen on photos posted to social media drawing pistols as rioters attempted to breach the House chamber where the voting counting was to take place.

At least one woman was shot amid the ongoing pandemonium, according to video footage aired on national television. She is in critical condition, per reports.