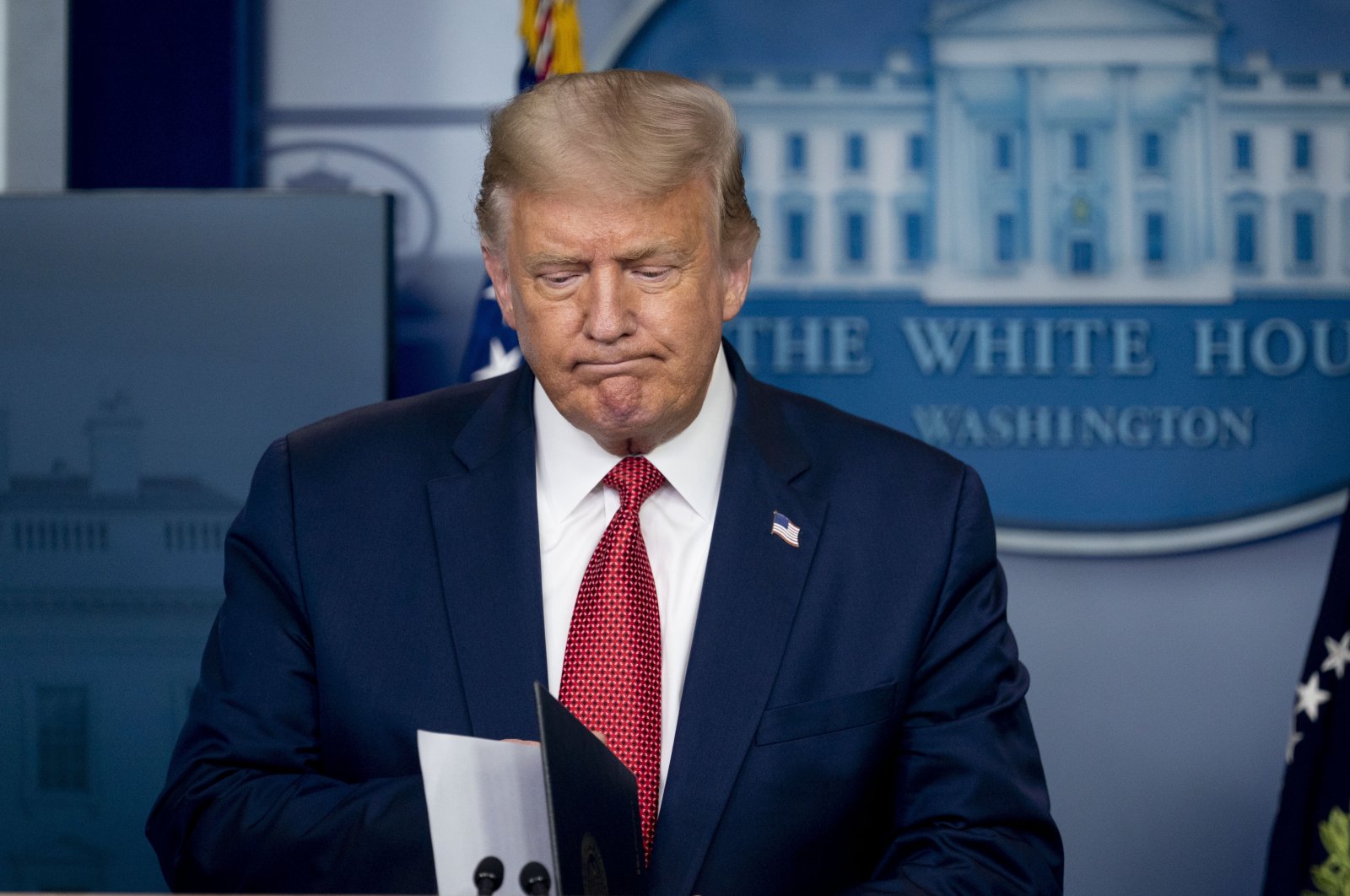 U.S. President Donald Trump returns to a news conference in the James Brady Press Briefing Room after he briefly left because of a security incident outside the fence of the White House in Washington, D.C., U.S., Aug. 10, 2020. (AP Photo)
by DAILY SABAH Aug 11, 2020 3:27 pm

“The closest thing is in 1917, they say, the great pandemic. It certainly was a terrible thing where they lost anywhere from 50 to 100 million people,” Trump said.

“Probably ended the second World War, all the soldiers were sick,” he said, wrongly citing both the year the pandemic emerged and the year World War II ended.

The influenza pandemic swept the world between 1918 and 1920, infecting and killing hundreds of millions of people, while World War II started in 1939 and ended in 1945.

Trump’s claims came as he was praising his administration’s efforts to halt the coronavirus. According to him, if the United States had not closed its borders to travelers from abroad, “we would have had 1.5 or 2 million people already dead.”

The suggestion joins a long list of incidents in which the U.S. president incorrectly presented facts. Other recent instances include Trump floating the idea of injecting disinfectant into the body to kill COVID-19.