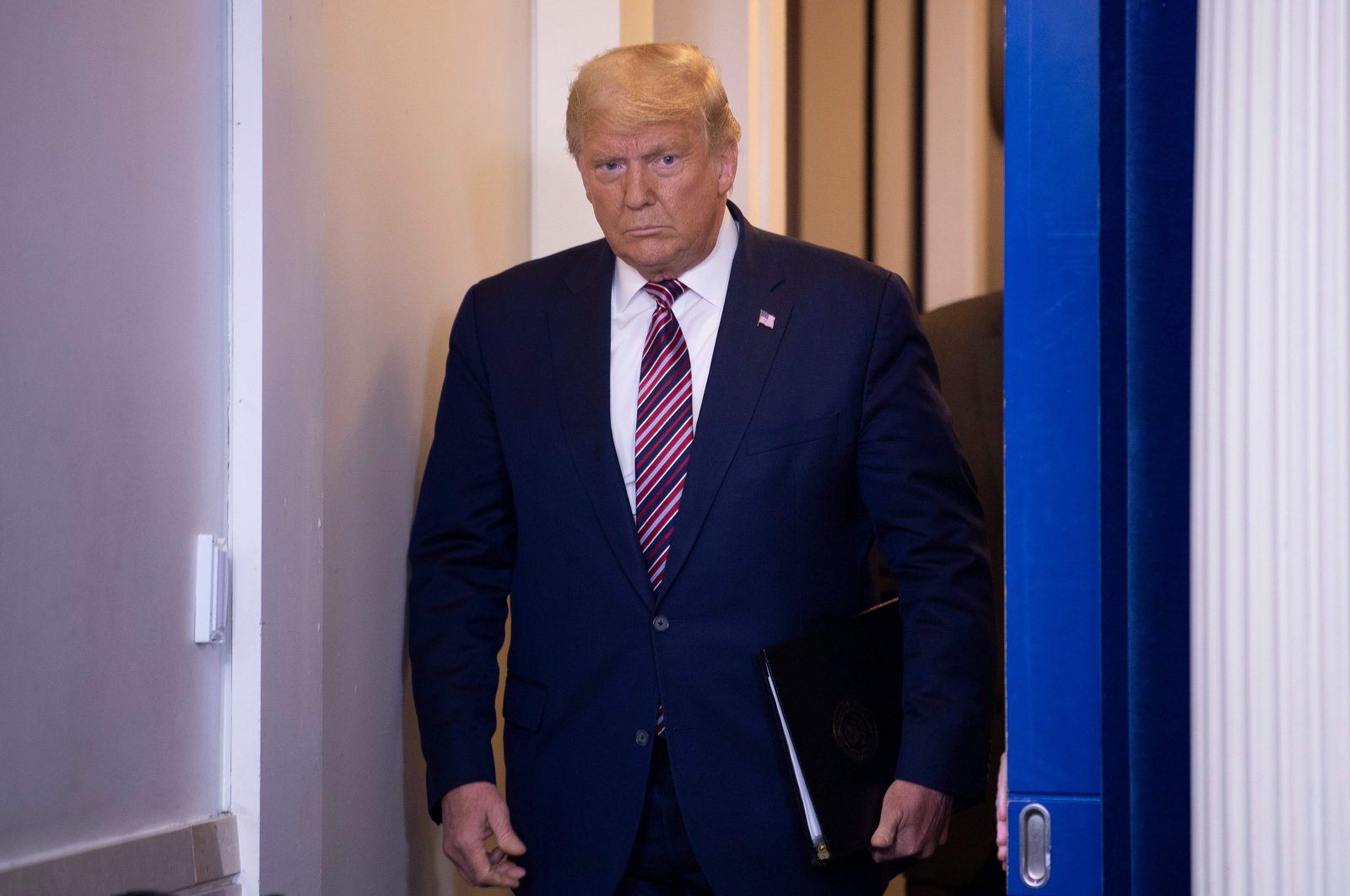 While Democrat Joe Biden is getting close to the 270 Electoral College votes needed to win, President Donald Trump was left alone in his fight to keep the White House after some fellow congressional Republicans and U.S. media turned on the president over his unsupported claims about the integrity of the election.

Speaking from the White House Thursday, Trump repeated his claims that the ballot-counting process is unfair and corrupt, after complaining for weeks about mail-in ballots. He also alleged a conspiracy by "big media, big money and big tech" was waged against him.

Several U.S. TV networks halted live coverage of his first public appearance since election night after concluding that he was spreading disinformation. NBC and ABC News pulled the plug on their live coverage of Trump. Trump has made repeated unsubstantiated claims of fraud since Tuesday's election, with Twitter slapping warning signs on post after post, saying the president is apparently spreading misinformation.

A number of rank-and-file House and Senate Republicans criticized Trump saying that his comments undermine the U.S. political process and the bedrock notion that all Americans should have their vote counted. Other Republican leaders, including Senate Majority Leader Mitch McConnell, declined to comment in the wake of Trump's White House address, taking pains to avoid directly criticizing the president, even when they find his conduct unhelpful or offensive to their values and goals.

Trump’s family, never shy about expressing their support, took to Twitter to question why GOP lawmakers were not rushing to the president’s defense. “Where are Republicans! Have some backbone. Fight against this fraud. Our voters will never forget you if your sheep!” Trump’s son Eric tweeted.

Rep. Adam Kinzinger, a Republican from Illinois, tweeted that the president’s claims of fraud are “getting insane.” If Trump has “legit” concerns about fraud, they need to be based on evidence and taken to court, Kinzinger said, adding, “STOP Spreading debunked misinformation.”

Maryland GOP Gov. Larry Hogan, a potential 2024 presidential hopeful who has often criticized Trump, said unequivocally: “There is no defense for the President’s comments tonight undermining our Democratic process. America is counting the votes, and we must respect the results as we always have before.” “No election or person is more important than our Democracy,” Hogan said on Twitter.

Only a handful of congressional Republicans spoke out in defense of Trump's cries of election fraud and calls to stop the counting in his race for reelection. Sen. Lindsey Graham, a close ally of the president and chair of the Senate Judiciary Committee, who was reelected on Tuesday, defended Trump and echoed his baseless claims of voter fraud. "I'm here tonight to stand with President Trump," the South Carolina Republican said on Thursday, as reported by Fox News.

With just a handful of states yet to be decided, Biden had a clear advantage over Trump, but the president still retained a narrow path to the 270 electoral votes. Biden’s victories in the upper Midwest put him in a strong position, but Trump showed no sign of giving up. He was back on Twitter on Friday morning, insisting the “U.S. Supreme Court should decide!” Biden early Friday took a slim lead in the swing state of Georgia over Trump after winning Wisconsin, Michigan and Arizona.

Trump’s campaign engaged in a flurry of legal activity to try to improve the Republican president’s chances, saying it would seek a recount in Wisconsin and filing lawsuits in Pennsylvania, Michigan and Georgia. Judges in Georgia and Michigan quickly dismissed Trump's campaign lawsuits there on Thursday.

As expected, many of the votes being counted last are mail-in ballots, which take longer to process and overwhelmingly favor Democrats. Trump's voters were far more likely to vote in-person after the president spent months casting aspersions on mail-in voting. Before Thursday evening, Trump had not been seen in public since his unfounded declaration of victory in the wee hours of Wednesday morning. Since then, the mood in the White House has shifted dramatically. Some aides in the West Wing have wearily eyed returns, losing confidence that outstanding states would break Trump’s way.