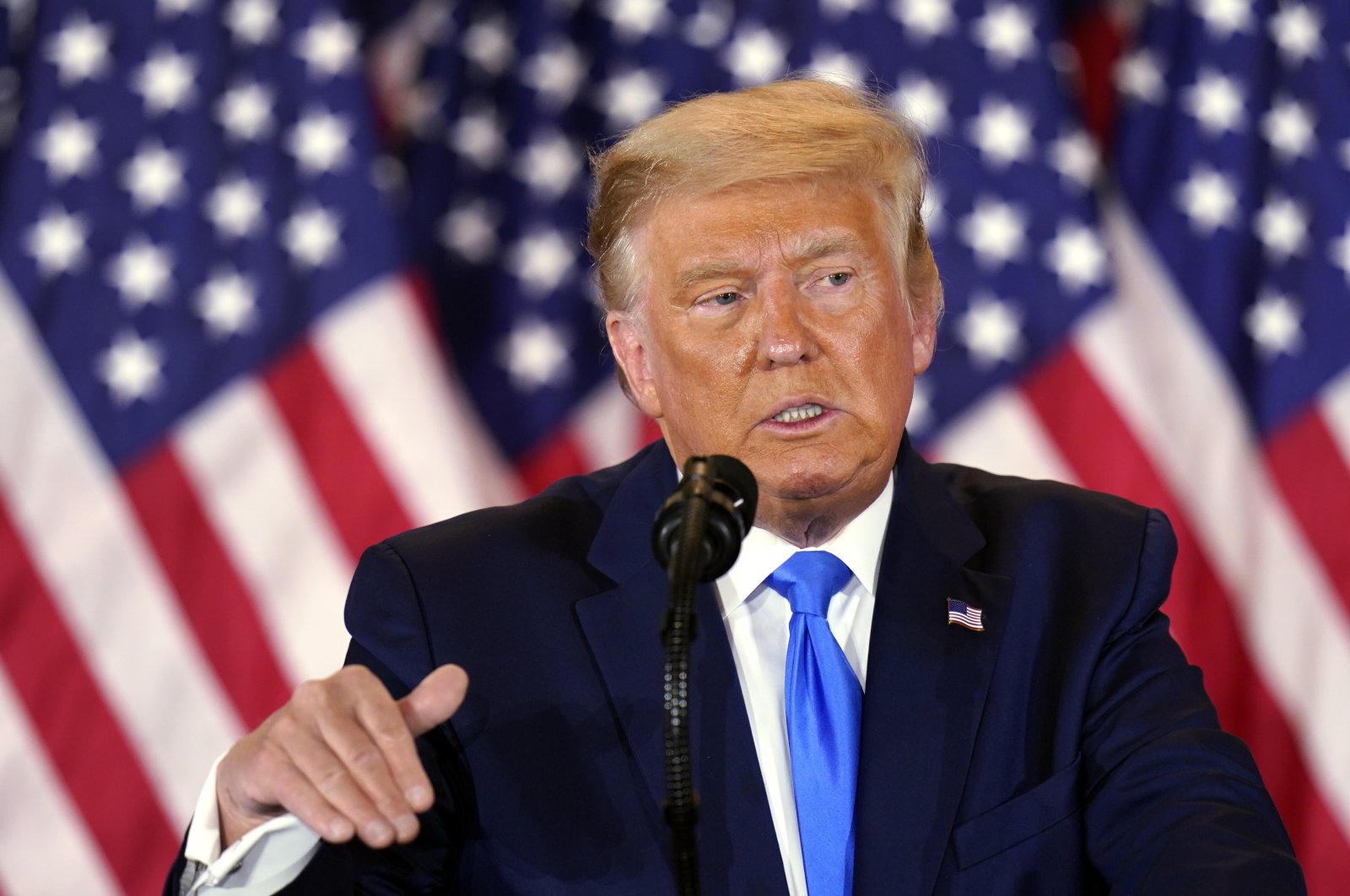 After year at White House, Biden under scrutiny over COVID-19 disaster

"Frankly, we did win," Trump told supporters at the White House, adding that he would go to the Supreme Court to dispute the counting of votes.

He vowed to ask the Supreme Court to weigh in on the inconclusive election. Trump appeared before supporters at the White House early Wednesday morning and cried foul over the election results, calling the process "a major fraud on our nation.”

The Republican, who according to initial results is in a neck-and-neck race with Biden, said he would go to court and that, "We want all voting to stop."

He appeared to mean stopping the counting of mail-in ballots, which can be legally accepted by state election boards after Tuesday's election, provided they were sent in time. Trump also claimed wins in the battleground states of Georgia, North Carolina, Pennsylvania and Michigan, adding that the results on election night are "phenomenal."

VIDEO — Trump supporters demand to “stop the count” in Michigan, but also want officials to “count the votes” in Arizona https://t.co/P3FJke4qJh pic.twitter.com/Gt6Cuvzdoy

"Let’s be clear: This is a partisan attack on Pennsylvania’s elections, our votes and democracy," Wolf said in a tweet. "Our counties are working tirelessly to process votes as quickly AND as accurately as possible. Pennsylvania will have a fair election and we will count every vote."

On Tuesday Trump had denied any speculation that he will claim a premature win saying he will declare victory "only when there's victory."

"There's no reason to play games. I look at it as being a very, very solid chance of winning here. I don't know how they rate the chances," he told TV show "Fox and Friends" in one of his signature call-in interviews.

Trump said he had a "very solid chance at winning” but downplayed allegations that he planned to prematurely declare victory before enough votes were tallied to determine a winner.

The Axios news website reported Sunday that Trump is planning to declare a premature victory Tuesday night if it appears that he is ahead in the race, even if votes are still being counted and key states have not been called.

Following the report, Twitter said Monday it will add a warning label to any posts that prematurely declare a victor in the U.S. presidential and congressional elections, with Trump immediately labeling it as another ''false'' report.

Shortly after Trump's Wednesday remarks, Biden's campaign announced it had legal teams standing by in case the Republican candidate follows through on his threat to go to court to stop the counting of votes.

"If the president makes good on his threat to go to court to try to prevent the proper tabulation of votes, we have legal teams standing by ready to deploy to resist that effort," Biden campaign manager Jen O’Malley Dillon said in a statement. "Never before in our history has a president of the United States sought to strip Americans of their voice in a national election."

However, Trump refused to retreat in his struggle against the vote-counting process as he lashed out at "surprise ballot dumps" in states where he was allegedly leading on Tuesday night.

"Last night I was leading, often solidly, in many key States, in almost all instances Democrat run & controlled. Then, one by one, they started to magically disappear as surprise ballot dumps were counted. VERY STRANGE, and the “pollsters” got it completely & historically wrong!" Trump tweeted Wednesday.

"How come every time they count Mail-In ballot dumps they are so devastating in their percentage and power of destruction?" he added.

Trump has spent months denouncing mail-in ballots, making unsubstantiated claims that they are liable to fraud. The usage of mail-in ballots soared this election amid the coronavirus pandemic, while the U.S. Elections Project said a record 65.2 million Americans voted by mail.

After year at White House, Biden under scrutiny over COVID-19 disaster