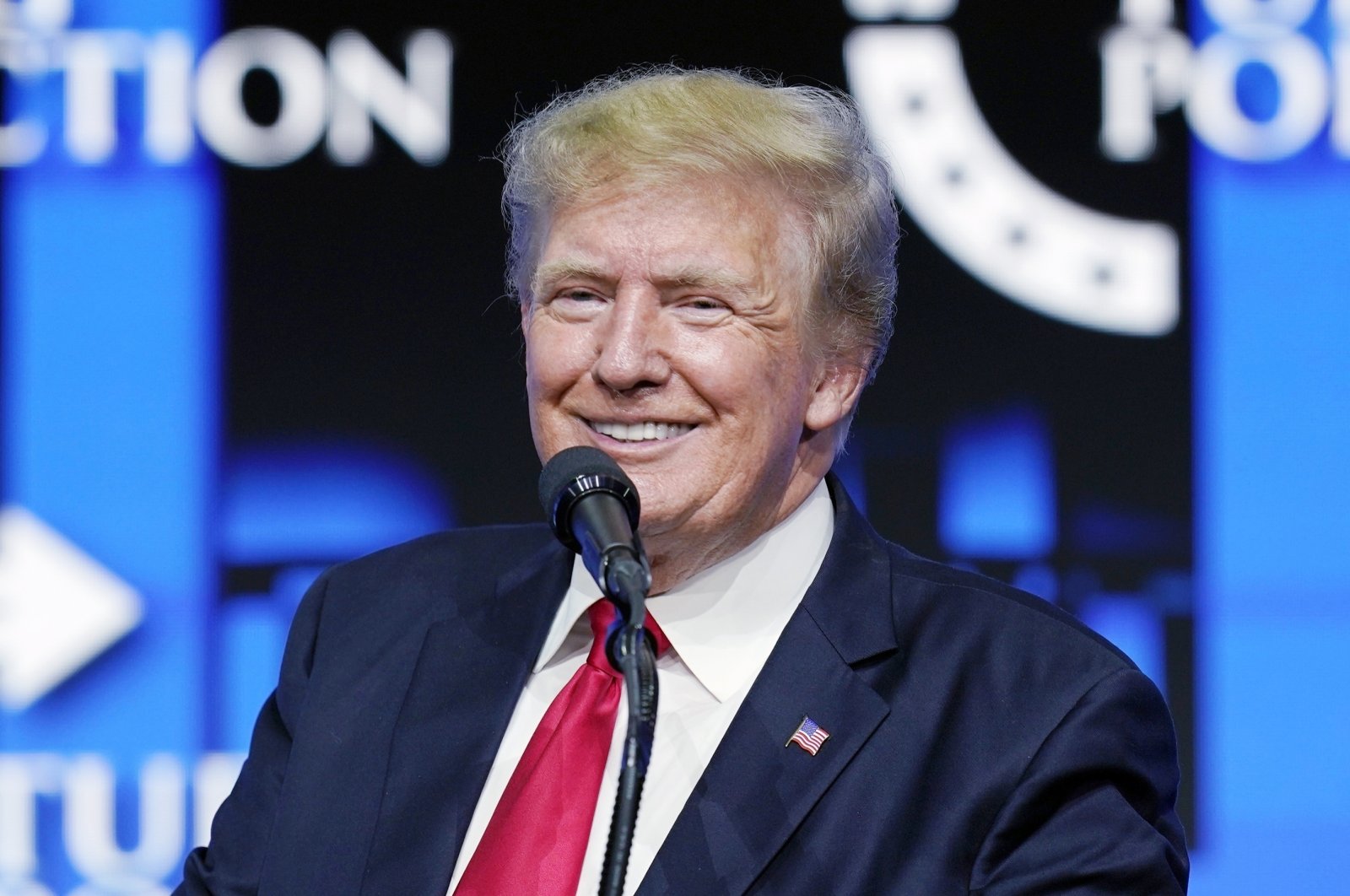 In the lawsuit, filed two weeks after James requested that Trump sit for a Jan. 7 deposition, Trump alleges the investigation has violated his constitutional rights in a "thinly-veiled effort to publicly malign Trump and his associates."

“Her mission is guided solely by political animus and a desire to harass, intimidate and retaliate against a private citizen who she views as a political opponent,” the former president's lawyers wrote in the suit.

Trump, a Republican, seeks a permanent injunction barring James, a Democrat, from investigating him and a declaratory judgment stating that she has violated his rights.

Messages seeking comment were left with James’ office and Trump's lawyers. News of the lawsuit filed in a federal court in Albany was first reported by The New York Times.

James has spent more than two years looking at whether Trump’s company, the Trump Organization, misled banks or tax officials about the value of assets – inflating them to gain favorable loan terms or minimizing them to reap tax savings.

James’ investigators last year interviewed one of Trump’s sons, Trump Organization executive Eric Trump, as part of the probe. Her office went to court to enforce a subpoena on the younger Trump and a judge forced him to testify after his lawyers abruptly canceled a previously scheduled deposition.

James' request for Donald Trump's testimony, first reported Dec. 9, was the first step in a process that will now likely lead to issuing a subpoena and going to a judge to order him to cooperate if he were to refuse.

It is unlikely that Trump’s lawyers would allow him to be deposed unless they were sure his testimony couldn’t be used against him in a criminal case.

The Manhattan district attorney’s office is conducting a parallel criminal investigation into Trump’s business dealings. Although the civil investigation is separate, James’ office has been involved in both. Earlier this year, Manhattan District Attorney Cyrus Vance Jr. gained access to the longtime real estate mogul’s tax records after a multiyear fight that twice went to the United States Supreme Court.

Vance, who is leaving office at the end of the year, recently convened a new grand jury to hear evidence as he weighs whether to seek more indictments in the investigation, which resulted in tax fraud charges in July against the Trump Organization and its longtime CFO Allen Weisselberg.

Weisselberg pleaded not guilty to charges alleging he and the company evaded taxes on lucrative fringe benefits paid to executives.

Both investigations are at least partly related to allegations made in news reports and by Trump’s former personal lawyer, Michael Cohen, that Trump had a history of misrepresenting the value of assets.

James’ office issued subpoenas to local governments as part of the civil probe for records pertaining to Trump’s estate north of Manhattan, Seven Springs, and a tax benefit Trump received for placing land into a conservation trust. Vance later issued subpoenas seeking many of the same records.

James’ office has also been looking at similar issues relating to a Trump office building in New York City, a hotel in Chicago and a golf course near Los Angeles. Her office also won a series of court rulings forcing Trump’s company and a law firm it hired to turn over troves of records.

James had announced a run for New York governor in late October, but earlier this month, she suspended that campaign and cited ongoing investigations in her decision to instead seek reelection as state attorney general.