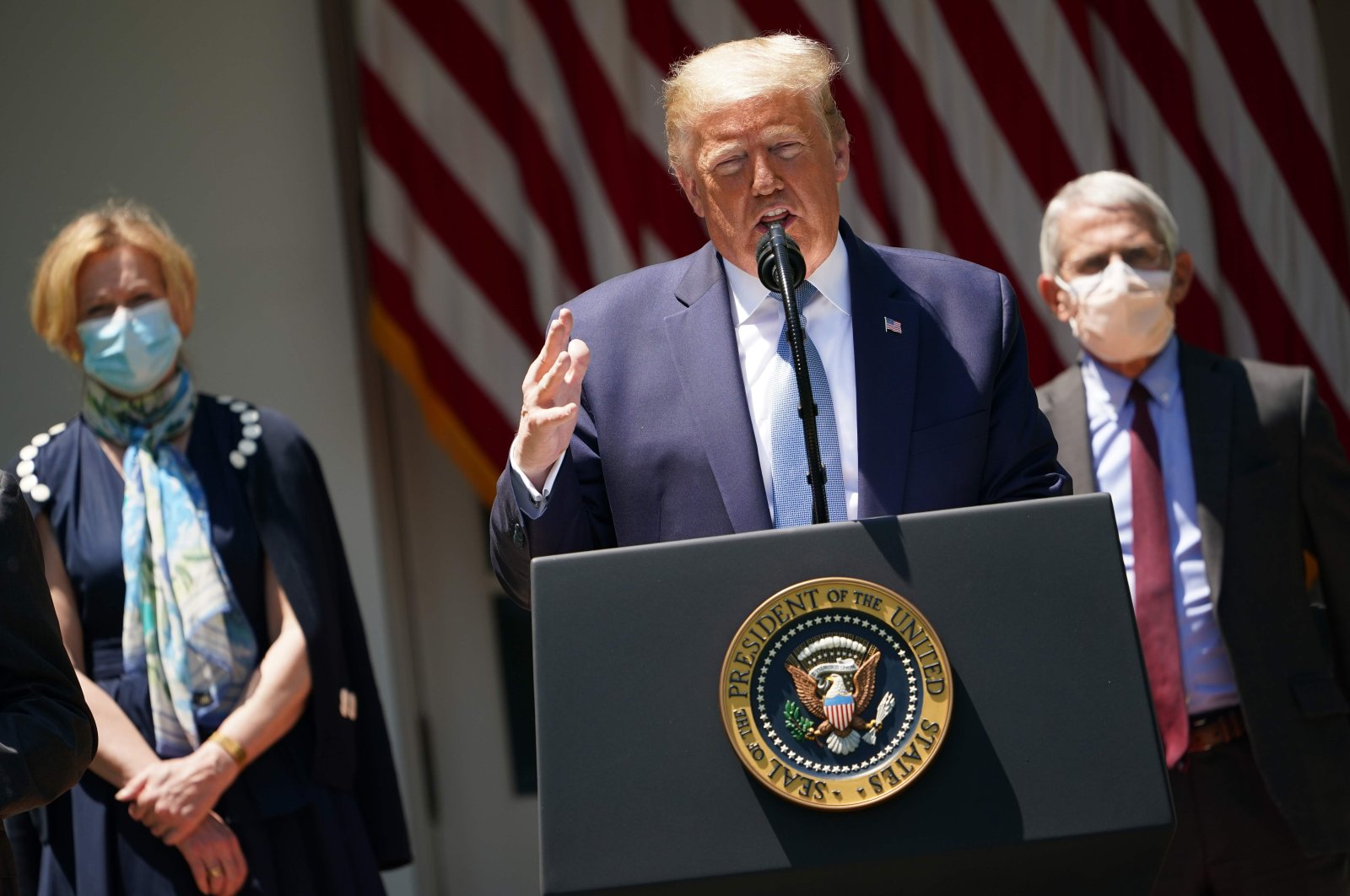 In this file photo taken on May 15, 2020 US President Donald Trump, with Response coordinator for White House Coronavirus Task Force Deborah Birx (L) and Director of the National Institute of Allergy and Infectious Diseases Anthony Fauci (R), speaks on vaccine development in the Rose Garden of the White House in Washington, DC. (AFP Photo)
by German Press Agency - DPA
Jul 13, 2020 4:55 pm

US President Donald Trump has taken to Twitter to attack medical experts combatting the coronavirus, accusing them of playing politics and hindering an economic rebound.

The president retweeted several conservatives on Twitter early on Monday, avoiding making the comments directly himself.

"Everyone is lying. The CDC, Media, Democrats, our Doctors, not all but most, that we are told to trust," said on of the messages Trump retweeted, referring to the Centers for Disease Control.

Another tweet appeared to come from an account that belongs to a supporter of a fringe conspiracy theory group.

Trump's aides have also pushed attacks on Anthony Fauci, the government's infectious disease expert. They reportedly supplied US media outlets with a list of the expert's statements made early in the pandemic which were incorrect, the Washington Post reported.

On Thursday, the president said Fauci "is a nice man, but he's made a lot of mistakes," in what signaled a shift for the White House.

Fauci has not been on US television in weeks and has not briefed Trump directly since last month.

The president himself is facing a barrage of criticism over his own remarks, including claiming the virus will just go away, arguing for untested medical treatments and minimizing the importance of wearing a mask.

Meanwhile, the country is seeing a surge in new cases across a number of states, with deaths on the rise in more than a dozen.

Florida recorded 15,000 new cases in one day this past weekend, a stunning number that comes as the economy continues to restart, including the opening of two Disney theme parks.