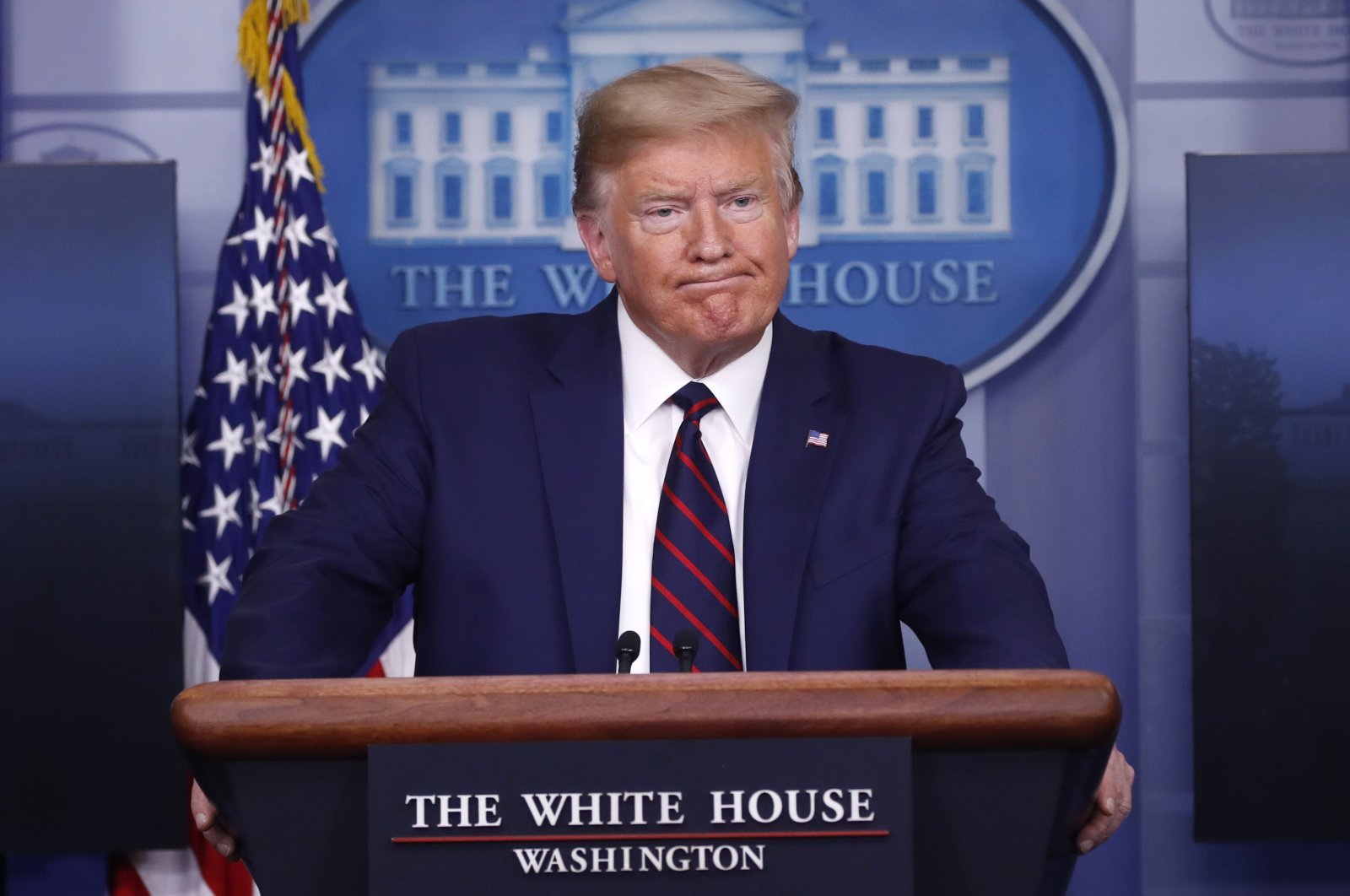 President Donald Trump pauses as he speaks about the coronavirus in the James Brady Press Briefing Room of the White House, Washington D.C., Thursday, April 2, 2020. (AP Photo)
by Daily Sabah with AP
Apr 03, 2020 1:08 am

United States President Donald Trump has tested negative once again for COVID-19 and is "healthy and without symptoms," White House doctor said late Thursday. President Trump was first tested and received negative results earlier in March after coming in contact with several members of a Brazilian presidential delegation visiting his Florida resort who had tested positive for the virus.

"I just took it this morning," he told a press conference. "It said the president tested negative for COVID-19."

This was Trump's second test. This time he used a new rapid method that he said took a minute to complete and barely 15 minutes to return a result.

"I took it out of curiosity to see how quickly it worked. It is a lot easier. I have done them both. The second one is much more pleasant," Trump said.

The U.S. has reported 240,660 cases of the novel coronavirus as of late Thursday night, with 5,811 deaths across the country, making it the hardest-hit country in the total of cases.

President Trump, who earlier had downplayed the pandemic's impact on the country, said Tuesday the White House is predicting between 100,000 and 240,000 people in the U.S. will die from coronavirus.

"This could be a hell of a bad two weeks," Trump said. "This is going to be three weeks like we've never seen before."