Trump threatens to jail people who destroy US monuments 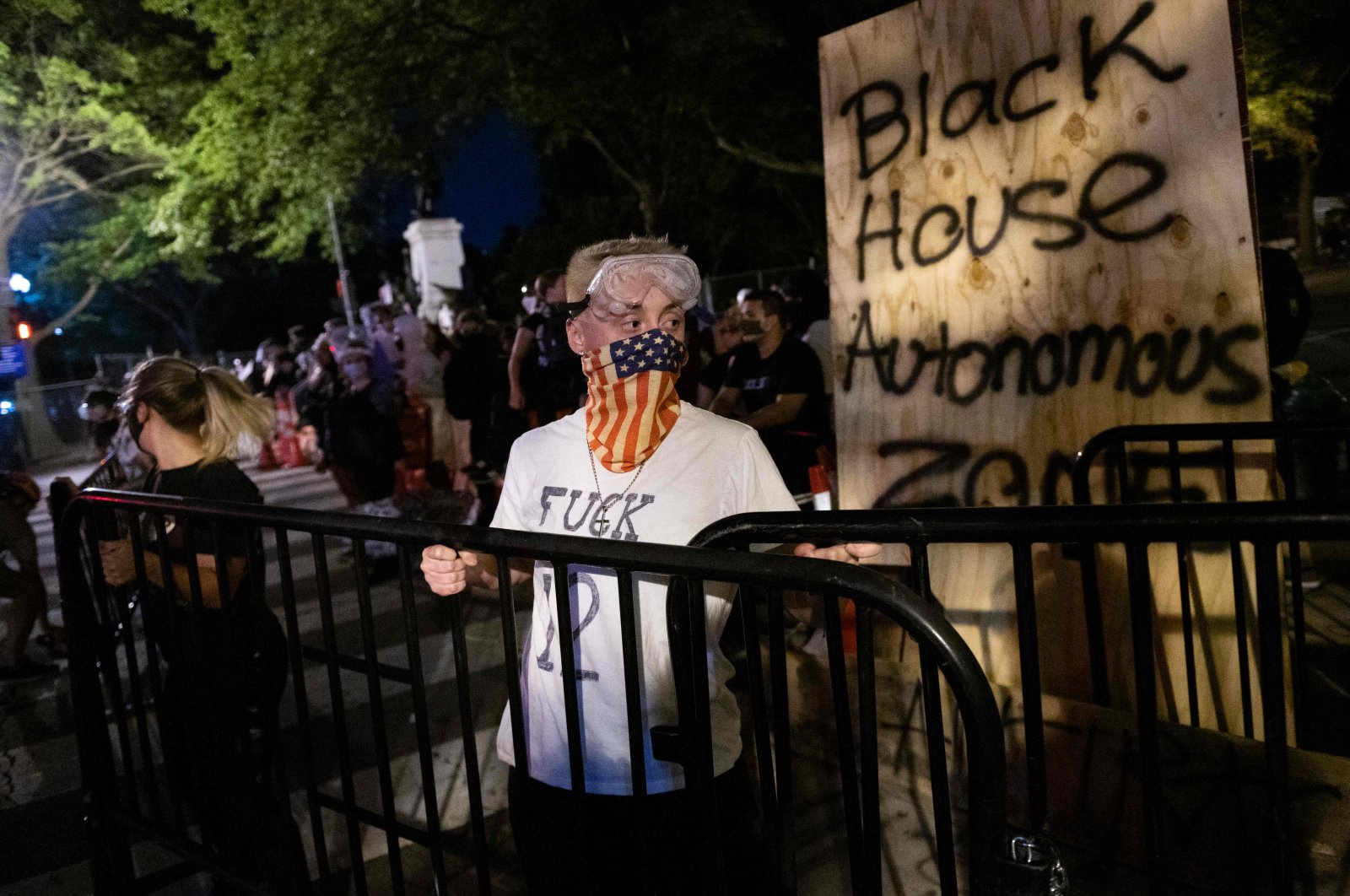 Protesters carry metal stanchions as they fortify a barricade they erected and marked with the sign "Black House Autonomous Zone" in front of Lafayette Park near the White House, in Washington, D.C., U.S., June 22, 2020. (AFP Photo)
by Compiled from Wire Services Jun 23, 2020 2:55 pm
RECOMMENDED

U.S. President Donald Trump on Tuesday reiterated his warning that those who destroy U.S. monuments on federal property would be arrested and face jail time, hours after protesters tried to topple a statue of former President Andrew Jackson near the White House.

Trump's warning on Twitter comes as a growing swath of such statues, many paying homages to the rebel Confederacy from the nation's Civil War era, has been targeted amid weeks of protests over racism and policing.

On Monday protesters tried tearing down a statue of Andrew Jackson, the seventh president of the U.S., in a park near the White House, scrawling "killer scum" on its pedestal and pulling on the monument with ropes before police intervened.

The confrontation unfolded in Lafayette Square, where crowds peacefully protesting the death of George Floyd under the knee of a police officer were forcibly displaced three weeks ago to make way for staged photos of President Trump holding up a Bible in front of a nearby church.

Jackson, a former U.S. Army general nicknamed "Old Hickory," served two terms in the White House, from 1829 to 1837, espousing a populist political style that has sometimes been compared with that of Trump.

He owned more than 500 slaves over his lifetime and was a key figure in the forced relocation of nearly 100,000 Native Americans, otherwise known as the "Trail of Tears." Many perished during the journey.

The thwarted effort to topple the famed bronze likeness of Jackson astride a rearing horse was the latest bid, in protests fuelled by Floyd's death, to destroy monuments of historical figures considered racist or divisive.

Trump took to Twitter, saying that many people were arrested for the "disgraceful vandalism" in Lafayette Park and also for defacing the exterior of St. John's Church.

"Numerous people arrested in DC for the disgraceful vandalism in Lafayette Park, of the magnificent Statue of Andrew Jackson, in addition to the exterior defacing of St John's Church across the street," Trump tweeted.

"Ten years in prison under the Veteran's Memorial Preservation Act. Beware!" he warned.

Protestors initially focused on Confederate generals, such as the Robert E. Lee statue in Richmond. On Friday, demonstrators in Washington tore down a statue of Albert Pike, the only statue of a Southern Civil War general in the nation's capital.

But the spotlight has begun to shift to figures of U.S. history previously considered untouchable, including founding fathers George Washington and Thomas Jefferson, both slave owners.

Another statue of Jackson was vandalized with red paint earlier Monday in Jacksonville, Florida, which is named after the president.

Trump has delivered blunt instructions to local leaders confronting the protests, telling authorities to "dominate the streets," and he has been unapologetic about the heavy deployment of forces.

He also threatened to invoke the rarely used Insurrection Act, which would mean deploying the armed forces on U.S. soil.