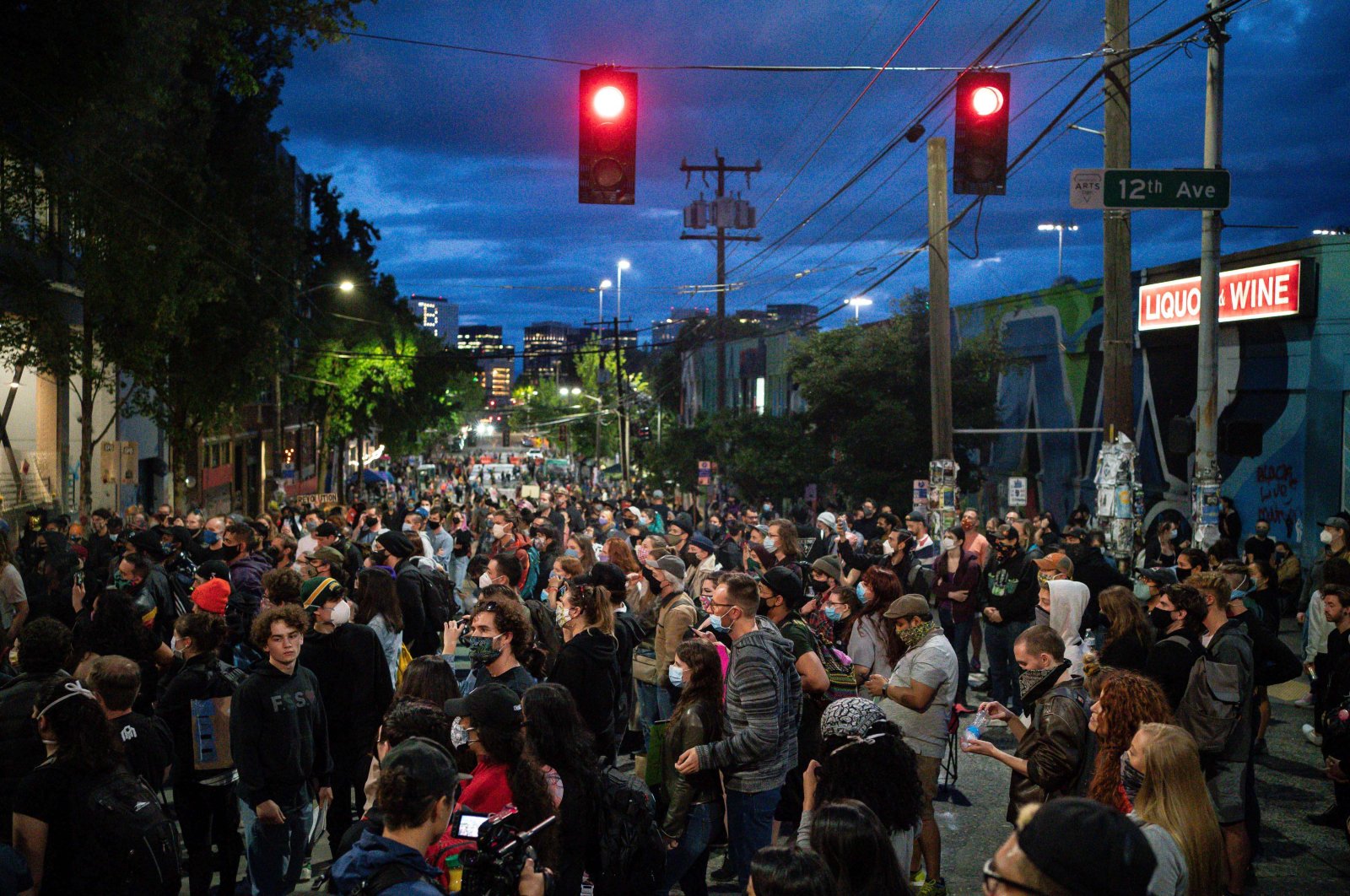 After days of violent clashes between protesters and police in the U.S. city of Seattle, President Donald Trump threatened to "take back" the city.

In a tweet Wednesday evening, President Donald Trump told Gov. Jay Inslee and Seattle Mayor Jenny Durkan to "Take back your city NOW. If you don’t do it, I will. This is not a game. These ugly Anarchists must be stooped IMMEDIATELY. MOVE FAST!," while calling protesters as "domestic terrorists."

Trump's move came after protesters set up tents and blocked streets, establishing a four-block area they call an "autonomous zone."

The Seattle rally was part of nationwide protests triggered by the May 25th death of Floyd, who was killed when a white police officer pressed his knee on the unarmed black man’s neck for nearly nine minutes. Protestors have turned their outrage over the latest death in custody of an African American into demands for police reform and social justice.

Seattle Police said they are looking to reopen a precinct that was shuttered during ongoing George Floyd protests. At a news conference Wednesday, Assistant Chief Deanna Nollette said barriers were removed from the front of the precinct after it became a flashpoint between officers and protesters.

Cities imposed curfews as several protests were marred by spasms of arson, assaults and smash-and-grab raids on businesses. More than 10,000 people have been arrested around the country since protests began, according to reports tracked by The Associated Press.

Videos have surfaced of officers in riot gear using tear gas or physical force against even peaceful demonstrators. But U.S. protests in recent days have been overwhelmingly peaceful – and over the weekend, several police departments appeared to retreat from aggressive tactics.

Several cities have also lifted curfews, including Chicago and New York City, where the governor urged protesters to get tested for the virus and to proceed with caution until they had. Leaders around the country have expressed concern that demonstrations could lead to an increase in coronavirus cases.