Trump vows to 'never give up, never concede,' continues to claim fraud 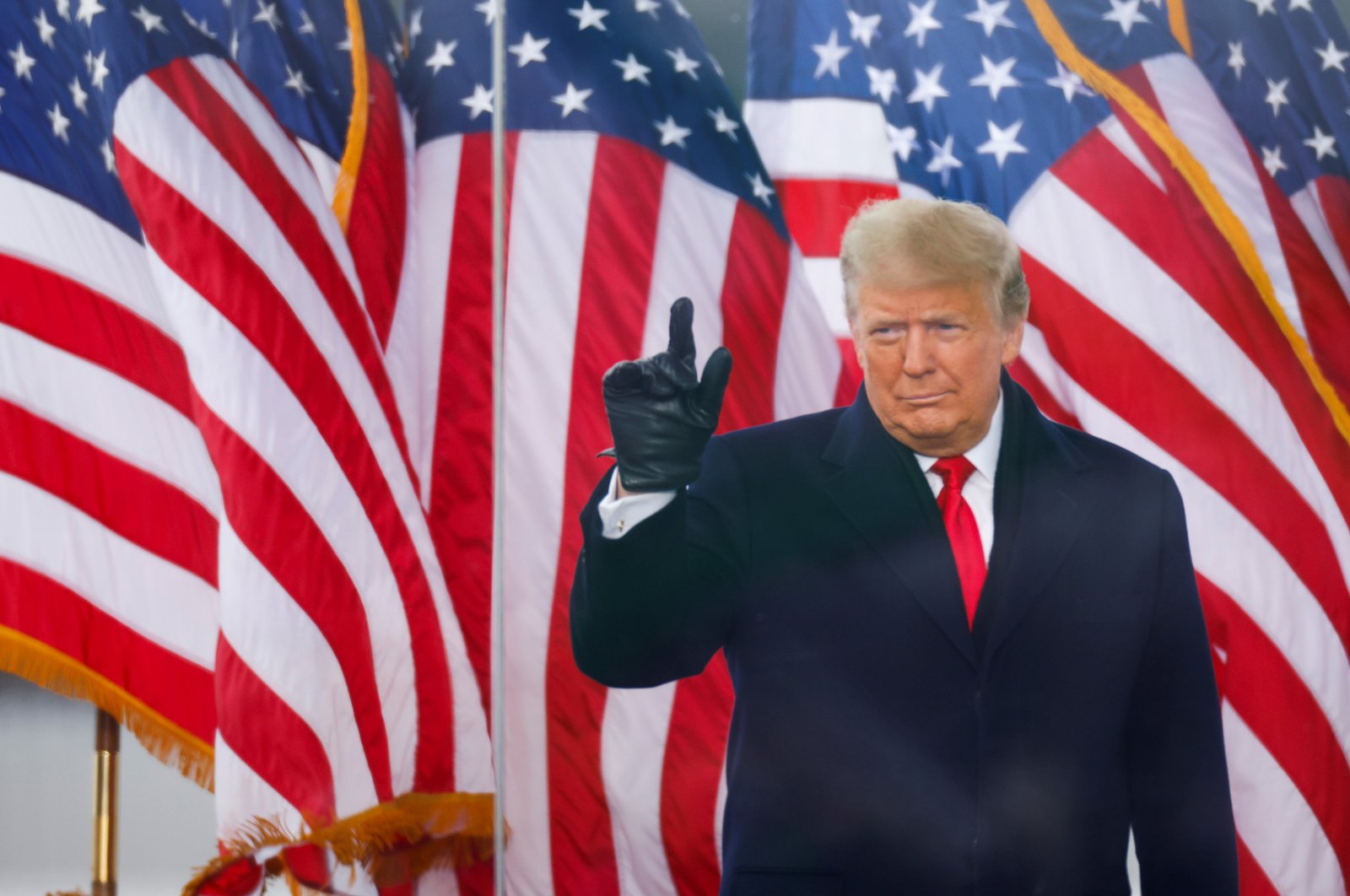 "We will never give up, we will never concede," Trump said during a campaign-funded rally at Ellipse park area near the White House, baselessly claiming that "hundreds of thousands" of people were attending the event. "We will stop the steal."

Meanwhile, hundreds of Trump supporters insisted they would never accept Joe Biden as president as they traveled by bus from near Boston to Washington to protest Congress's expected certification of his White House victory.

"We're not going to roll over and let this go. There's no way," says Sue Ianni, an official with the pro-Trump, pro-straight organization Super Fun Happy America, which chartered six buses carrying about 300 protesters for the demonstration in the U.S. capital.

"We will fight tooth and nail. This isn't over just if Biden gets inaugurated, if that happens. We'll never stop fighting. And Trump will be our president for the next four years, no matter who they inaugurate," she adds.

Despite Congress being all but certain later Wednesday to certify the Electoral College results that determined Biden the winner of the presidential race, the busload of Trump supporters that Agence French-Presse (AFP) traveled with were in festive spirits.

Dressed in red MAGA (Make America Great Again) sweaters, they took selfies and passed around snacks on the ten-hour trip. Even the driver wore a MAGA cap.

"I've never had the opportunity to do something like this before," says Vincent Petroni, a young man who calls himself a member of the far-right Proud Boys group, whose leader was arrested in Washington on Monday for torching a Black Lives Matter banner.

"Normally, I'm a very mellow guy. I don't like conflict," he adds.

"And I'm not going there for conflict. But tensions are too high this day and age. Enough is enough. I need to go down, show my support – support President Trump who supports the ideals that I stand for – in a peaceful protest manner."

Authorities fear the demonstration, attended by thousands of Trump supporters from across the country, could turn violent but Chau Keley, who chairs the Vietnamese-Americans for Trump organization, says she is resolutely "peaceful."

She believes Trump won the November election "by a landslide" despite Biden triumphing by 306 Electoral College votes to 232 and winning 7 million more votes.

"We are not sore losers, because we didn't lose, we won," she said, fueled by Trump's spurious claims of voter fraud.

Some dozed off during the trip but when the bus arrived at Washington's Union Station at 7 a.m. they gleefully disembarked and headed towards the Capitol with a spring in their step and in high spirits.

It is there that Congress is expected to confirm Biden's win at a ceremony presided over by Vice President Mike Pence which starts at 1 p.m. (6 p.m. GMT).

But Ianni and her fellow Trump fans aren't giving up yet.

"We want to make sure that they see hundreds of thousands of people outside and hopefully they decide to not accept the electoral votes.

"So they have the option. They're going to open them and decide whether they're legit or not to accept them," she said.