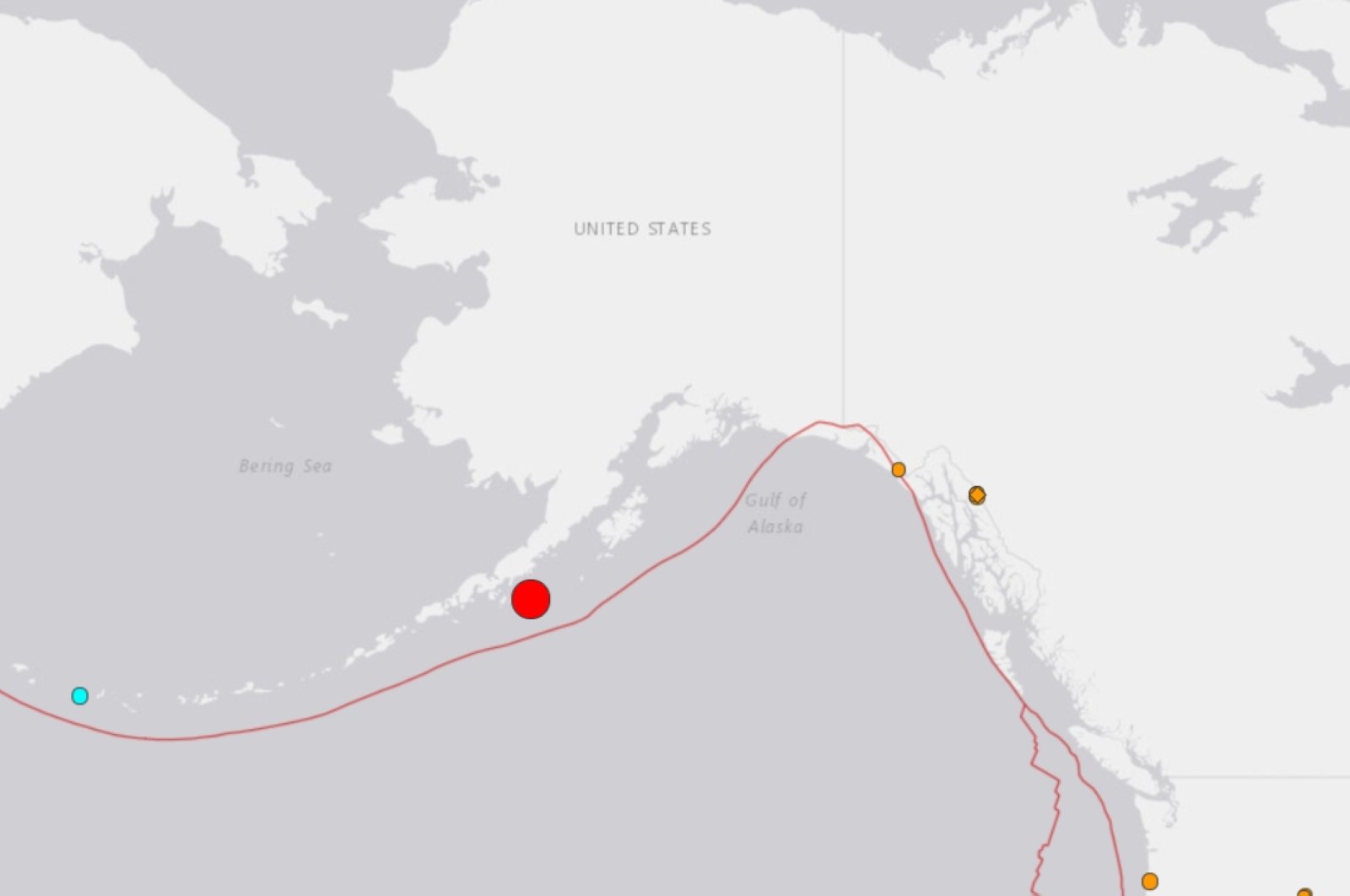 A 7.8-magnitude earthquake struck off the Alaskan peninsula, triggering a tsunami warning for areas within 200 miles (300 kilometers) of the epicenter.

According to the U.S. Geological Survey, the quake struck at 10:12 p.m. local time Tuesday (6:12 a.m. GMT Wednesday) about 500 miles southwest of Anchorage. It was centered in waters 65 miles (105 kilometers) south-southeast of the remote settlement of Perryville, at a depth of 17 miles, deeper than an earlier estimate.

"No reports of any damage,” Kodiak Police Sgt. Mike Sorter told The Associated Press early Wednesday morning. "No injuries were reported. Everything is nominal.”

The quake triggered a tsunami warning for South Alaska, the Alaska Peninsula and the Aleutian Islands. The warning was called off early Wednesday about two hours after the quake.

Tsunami warning sirens could be heard blaring in videos posted on social media as residents heeded warnings to evacuate.

On Kodiak Island, the local high school opened its doors for evacuees, as did the local Catholic school, the Anchorage Daily News reported.

"We’ve got a high school full of people," said Larry LeDoux, superintendent of the Kodiak School District. "I’ve been passing out masks since the first siren sounded,” he told the Daily News.

The Pacific Tsunami Warning Center later called off the tsunami threat for other U.S. and Canadian Pacific coasts in North America as well.

"There was actually even no reported wave activity for our area,” Sorter said of the tsunami warning that was eventually canceled.

"For other U.S. and Canadian Pacific coasts in North America, the level of tsunami danger is being evaluated."

The quake was felt hundreds of miles away.

"Bed and curtains were going. Felt like a very long quake!" one witness in Homer, Alaska, 400 miles from the epicenter, said on the quake monitoring website msc-csem.org.

Alaska is part of the seismically active Pacific Ring of Fire.

Alaska was hit by a 9.2-magnitude earthquake in March 1964, the strongest ever recorded in North America. It devastated Anchorage and unleashed a tsunami that slammed the Gulf of Alaska, the U.S. West Coast and Hawaii.

More than 250 people were killed by the quake and the tsunami.