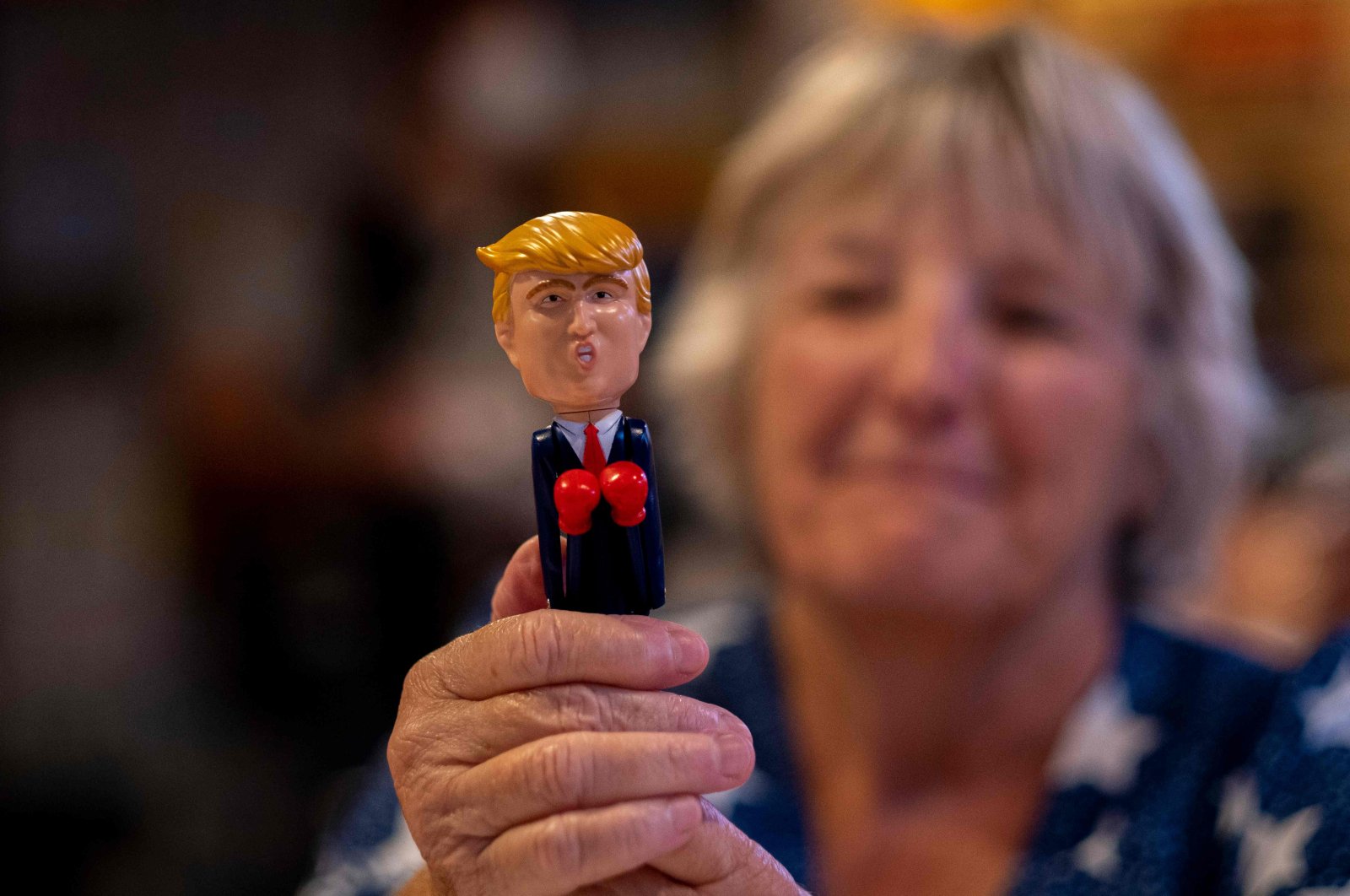 A woman shows a Donald Trump boxing figurine at an election night watch party organized by the group "Villagers for Trump" in The Villages, Florida, on November 3, 2020. (AFP Photo)
by French Press Agency - AFP
Nov 04, 2020 9:12 am

"We are up BIG, but they are trying to STEAL the Election," Trump wrote on Twitter moments after Biden told supporters he expected to win.

"We will never let them do it. Votes cannot be cast after the Polls are closed," said Trump, who promised to speak more later.

We are up BIG, but they are trying to STEAL the Election. We will never let them do it. Votes cannot be cast after the Polls are closed!

The president has long charged, with no evidence, that mail-in ballots are a way to cheat in the election. Mail-in ballots, sent due to health concerns during the COVID-19 health crisis, are expected to favor Biden and in some states were being counted later.

Trump appeared to be responding to Biden, who moments earlier told his supporters to be patient.

"We believe we are on track to win this election," Biden said to honks of approval in his home state of Delaware.

"It ain't over till every vote is counted," he said.

"It's not my place or Donald Trump's place to say who won this election."

Biden said he was confident at winning Arizona, Michigan, Pennsylvania and Wisconsin — all states carried by Trump in 2016.