Unrest flares after black man shot in US city Kenosha 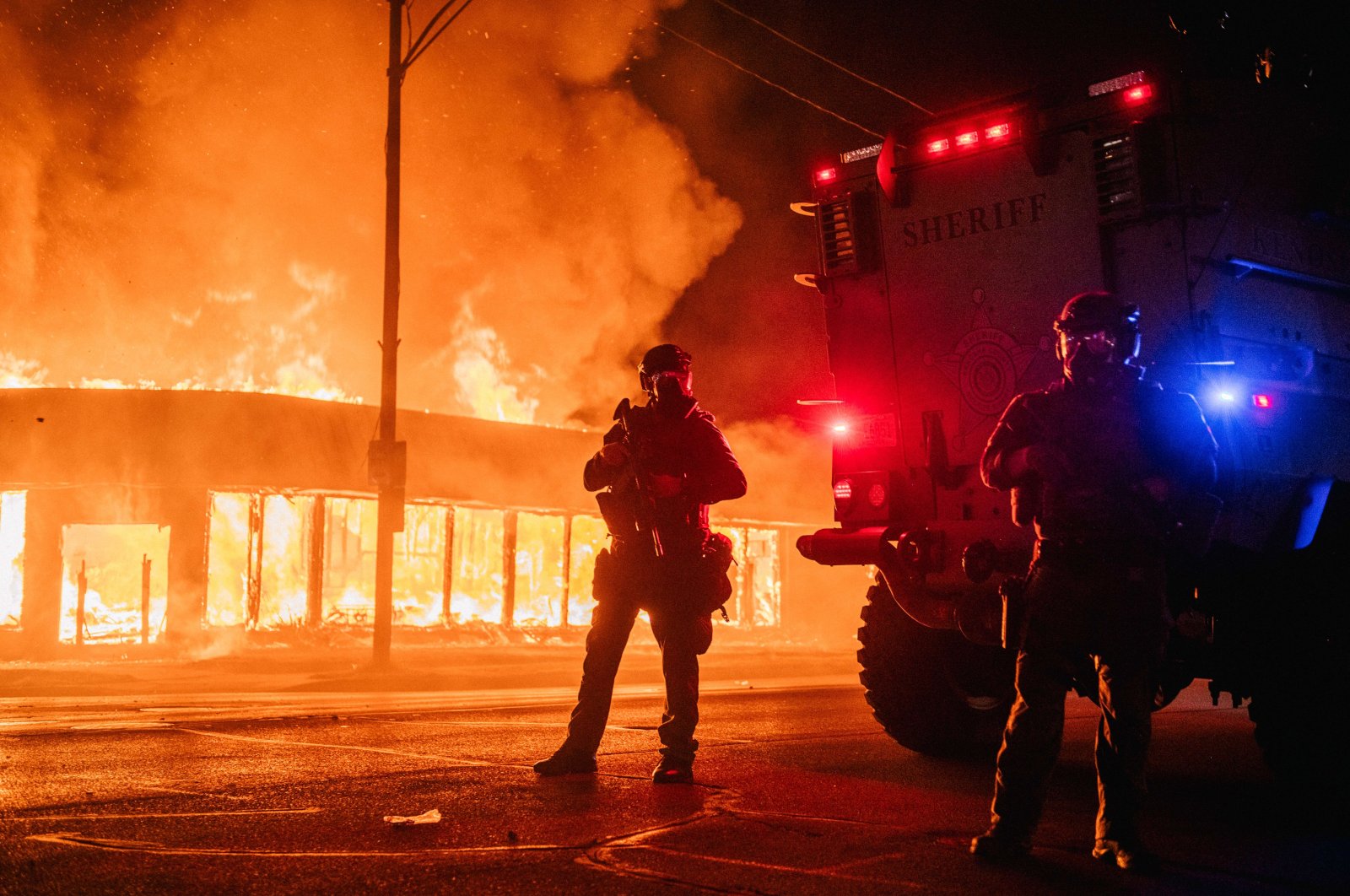 Anger over the shooting of a black man by police spilled into the streets of Kenosha for a second night Monday, with police again firing tear gas at hundreds of protesters who defied a curfew, threw bottles and shot fireworks at law enforcement guarding the courthouse.

The southeastern Wisconsin city became the nation's latest flashpoint in a summer of racial unrest after cellphone footage of police shooting Jacob Blake – apparently in the back, as he leaned into his SUV while his three children sat in the vehicle – circulated widely on social media Sunday. The 29-year-old was hospitalized in serious condition.

The shooting drew condemnation from Democratic Gov. Tony Evers, who also called out 125 members of the National Guard on Monday to help maintain order after protesters set cars on fire, smashed windows and clashed with officers in riot gear the previous night. Evers has also condemned the "excessive use of force" in the Blake shooting and called for a special legislative session next week to consider police reforms, saying: "We must offer our empathy. We must see the trauma, fear and exhaustion of being black in our state and our country." Kenosha, a city of 100,000 people, is nearly 12% black and about 67% white, according to U.S. Census data.

The latest police violence occurred three months after the May 25 death of a black man in Minneapolis, George Floyd, who was pinned to the street under the knee of a white police officer, sparking nationwide protests against police brutality and racism within the U.S. criminal justice system. Black Lives Matter activists are demanding the immediate firing or arrest of the officers involved in the shooting, who have been placed on administrative leave.

"I know people get tired of hearing me say it, but we are scared as black people in America," ESPN quoted James as saying, following his LA Lakers Game 4 playoff win over the Portland Trail Blazers on Monday. "Black men, black women, black kids, we are terrified."

Unrest flared again elsewhere in the country on Monday. Police in Portland, Oregon, the scene of weeks of protests that have sometimes turned violent, declared a riot late on Monday and arrested many demonstrators after fires were lit at the offices of the police association. The Trump administration last month deployed federal forces to Portland to crack down on the protests.