Unrest reignites across US over Trump's federal agents 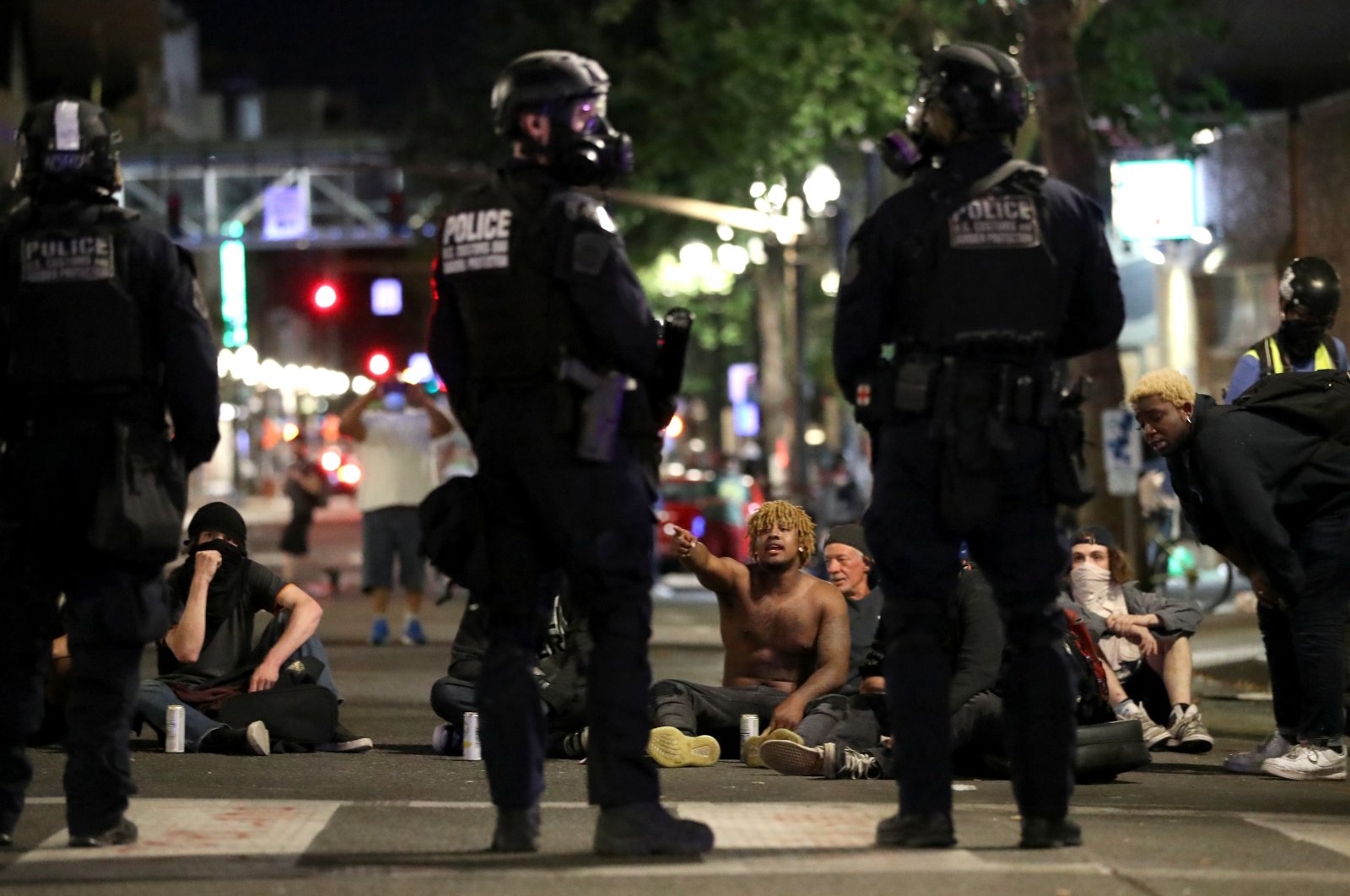 Protesters took to streets across the U.S. overnight into early Sunday, sparking clashes with police and a fatal shooting in Texas, amid a wave of public anger over Donald Trump's planned "surge" of federal agents into main cities.

The demonstrations against racism and police brutality, ignited two months ago by the death in Minneapolis of unarmed African American George Floyd, come as the U.S. president faces an increasingly tough battle for reelection, and is campaigning on a "law and order" platform. He has met stiff resistance from big-city mayors, like Lori Lightfoot of Chicago, many of them Democrats who accuse Trump of magnifying the problem for political gain.

In Portland early Sunday, federal agents in camouflage waded blocks beyond the federal courthouse that the Trump administration has said they are there to protect, against the wishes of local and state officials, and pushed back demonstrators who authorities said had breached a fence.

The Trump administration promised to widen the crackdown by federal forces in Portland. Chad Wolf, the top official at the Department of Homeland Security, told Fox News on Sunday he would be taking "additional actions, as early as this week." Police in Portland declared a "riot," and announced more arrests overnight at the protests, which are largely against police brutality and racism. The deployment has instigated a new round of anger that centers on constitutional questions over federal authority and states' rights. It plays out amid a pandemic that is battering the economy and sending jobless rates spiraling upward. In some respects, the unrest is reminiscent of the late 1960s, a time of gathering fury and frustration against the White House over the Vietnam War, civil rights and a sense of the U.S. drifting further from its ideals and vision of itself.

It has also left some protesters concerned that their initial message of civil justice for the black community has become overshadowed by confrontations between federal agents and protesters opposed to their presence.

In neighboring Washington state, Seattle police chief Carmen Best also said the city was seeing a riot. Some 45 people were arrested, while about 20 officers were injured, officials said.

Trump sent in federal forces to Portland recently, ostensibly to protect federal property, but over the heads of state and local officials, in what appeared to be a political move.

Demonstrations also broke out in cities including Louisville, Kentucky; Chicago; Los Angeles; Richmond, Virginia; and Austin, Texas, where a protest took a fatal turn. In Austin, a man was killed in a shooting that broke out Saturday night at a protest in the downtown area of the Texas state capital, police said. A witness, Michael Capochiano, told the Austin Statesman newspaper that the incident occurred when a man in a car turned onto a street where protesters were gathered and drove toward the crowd.

In Richmond, police said a city dump truck was set on fire Saturday night amid a demonstration that organizers said was intended as a show of solidarity with protesters in Portland. Police tweeted out a photo of items said to have been thrown at officers, including rocks and batteries. Six arrests were made. And in Baltimore, a police union building was spray-painted with anti-police messages late Saturday as dozens of people marched against racial injustice and in support of the Portland protesters.