US carries out 13th and final execution of Trump era 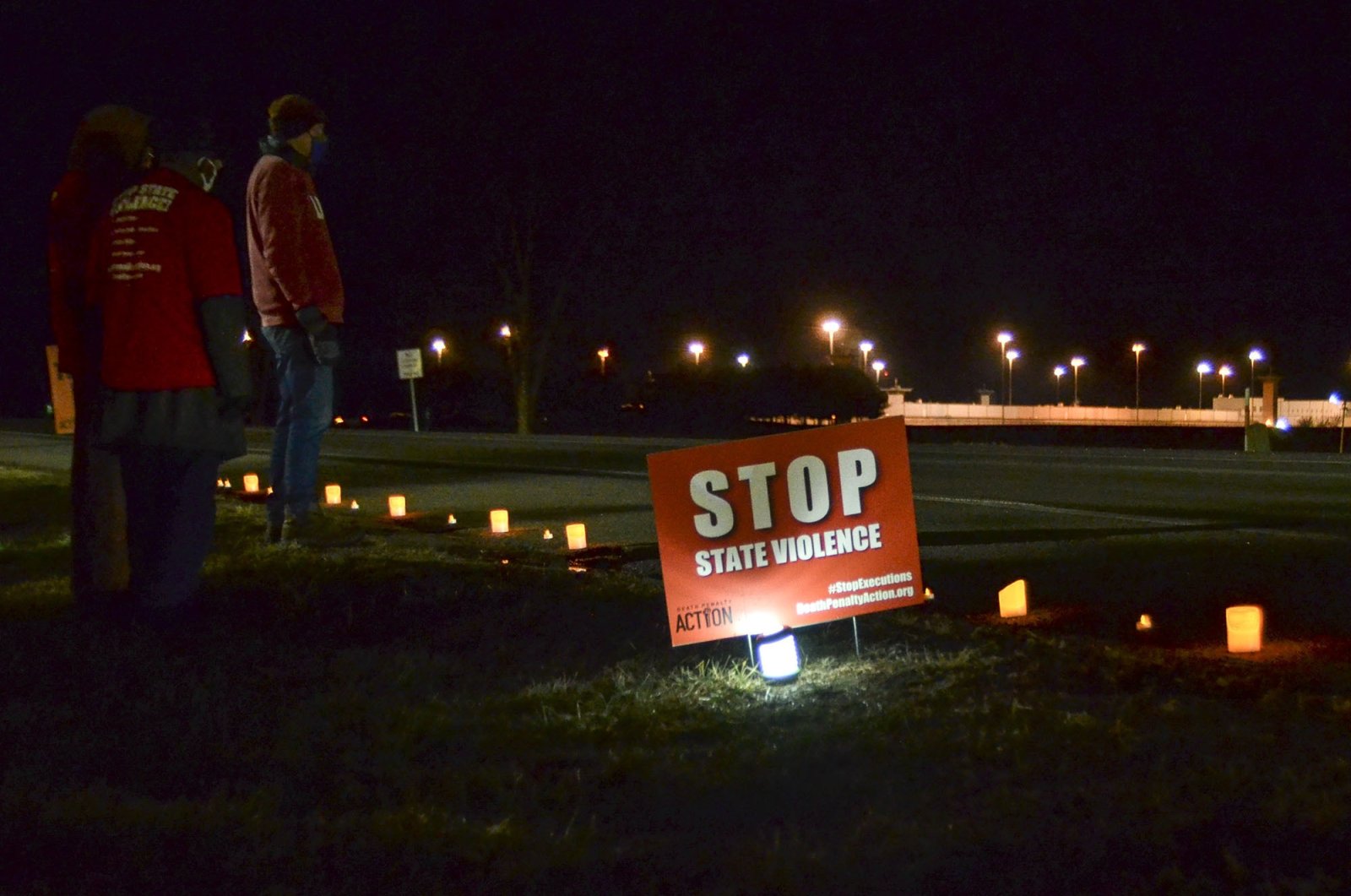 The Trump administration early Saturday carried out its 13th federal execution since July, an unprecedented run that concluded just five days before the inauguration of President-elect Joe Biden, an opponent of the federal death penalty.

Dustin Higgs, convicted of ordering the killings of three women in a Maryland wildlife refuge in 1996, was the third to receive a lethal injection this week at the federal prison in Terre Haute, Indiana.

Higgs, 48, was pronounced dead at 1:23 a.m. Asked if he had any last words, Higgs was calm but defiant, naming each of the women prosecutors said he ordered killed.

“I’d like to say I am an innocent man ... I am not responsible for the deaths,” he said softly. “I did not order the murders.”

He did not apologize for anything he did on the night 25 years ago when the women were shot by another man, who received a life sentence.

As the lethal injection of pentobarbital began to flow into his veins, Higgs looked toward a room reserved for his relatives and lawyers. He waved with his fingers and said, “I love you.”

Louds sobs of a woman crying inconsolably began to echo from the witness room reserved for Higgs’ family as his eyes rolled back in his head, showing the whites of his eyes. He quickly became still, his pupils visible with his eyelids left partially open.

A sister of Tanji Jackson, one of the murdered women who was 21 when she died, addressed a written statement to Higgs after his execution and mentioning his family.

“They are now going to go through the pain we experienced,” she said. “When the day is over, your death will not bring my sister and the other victims back. This is not closure.” The statement didn't include the sister's name.

The number of federal death sentences carried out under Trump since 2020 is more than in the previous 56 years combined, reducing the number of prisoners on federal death row by nearly a quarter. It’s likely none of the around 50 remaining men will be executed anytime soon, if ever, with Biden signaling he’ll end federal executions.

The only woman on death row, Lisa Montgomery, was executed Wednesday for killing a pregnant woman, then cutting the baby out of her womb. She was the first woman executed in nearly 70 years.

Federal executions began as the coronavirus pandemic raged through prisons nationwide. Among those prisoners who got COVID-19 last month were Higgs and former drug trafficker Corey Johnson, who was executed Thursday.

In the early Saturday execution of Higgs, officials inside the execution chamber were more diligent about their keeping masks on after a federal judge expressed concern that officials at Johnson's execution were lax about coronavirus precautions. When a marshal called from a death-chamber phone to ask if there were any impediments to proceeding with Higgs' execution, he kept his mask on and shoved the receiver under it.

Not since the waning days of Grover Cleveland’s presidency in the late 1800s has the U.S. government executed federal inmates during a presidential transition, according to the Death Penalty Information Center. Cleveland’s was also the last presidency during which the number of civilians executed federally was in the double digits in one year, 1896.

In an opinion piece in The Washington Post earlier this week, Martin Luther King III, the eldest son of Martin Luther King Jr. and Coretta Scott King, noted that Higgs, a Black man, was scheduled to die Friday – his father’s birthday. With last-minute appeals, it was delayed into early Saturday.

“The federal government should not be needlessly taking more Black lives, and to do so on my father’s birthday would be shameful,” he wrote.

Pressure is already building on Biden to follow through on pledges to end the federal death penalty. The American Civil Liberties Union (ACLU) released a statement after Higgs' execution urging Biden to invoke his presidential powers after he is sworn in.

“He must commute the sentences of people on the federal death row to life without parole, and he must drop death from all pending trials," the ACLU said.

In 2000, a federal jury in Maryland convicted Higgs of murder and kidnapping in the killings of Tamika Black, 19; Mishann Chinn, 23, and Tanji Jackson.

Higgs’ lawyers argued it was “arbitrary and inequitable” to execute Higgs while Willis Haynes, the man who fired the shots that killed the women, was spared a death sentence.

In a statement after the execution, Higgs’ attorney, Shawn Nolan, said his client had spent decades on death row helping other inmates.

“There was no reason to kill him, particularly during the pandemic and when he, himself, was sick with covid that he contracted because of these irresponsible, super-spreader executions,” Nolan said.

Higgs had a traumatic childhood and lost his mother to cancer when he was 10, Higgs’ Dec. 19 petition for clemency petition said.

Higgs was 23 on the evening of Jan. 26, 1996, when he, Haynes and a third man, Victor Gloria, picked up the three women in Washington, D.C. and drove them to Higgs’ apartment in Laurel, Maryland to drink alcohol and listen to music. Before dawn, an argument between Higgs and Jackson prompted her to grab a knife in the kitchen before Haynes persuaded her to drop it.

Gloria said Jackson made threats as she left the apartment with the other women and appeared to write down the license plate number of Higgs’ van, angering him. The three men chased after the women in Higgs’ van. Haynes persuaded them to get into the vehicle.

Instead of taking them home, Higgs drove them to a secluded spot in the Patuxent National Wildlife Refuge, federal land in Laurel.

“Aware at that point that something was amiss, one of the women asked if they were going to have to ‘walk from here’ and Higgs responded ‘something like that,’” according to court documents.

Higgs handed his pistol to Haynes, who shot all three women outside the van, Gloria testified.

“Gloria turned to ask Higgs what he was doing, but saw Higgs holding the steering wheel and watching the shootings from the rearview mirror,” said the 2013 ruling by a three-judge panel of the 4th U.S. Circuit Court of Appeals.

Chinn worked with the children’s choir at a church, Jackson worked in the office at a high school and Black was a teacher’s aide at National Presbyterian School in Washington, according to The Washington Post.