US-China rift deepens after Trump's pullout threat to WHO 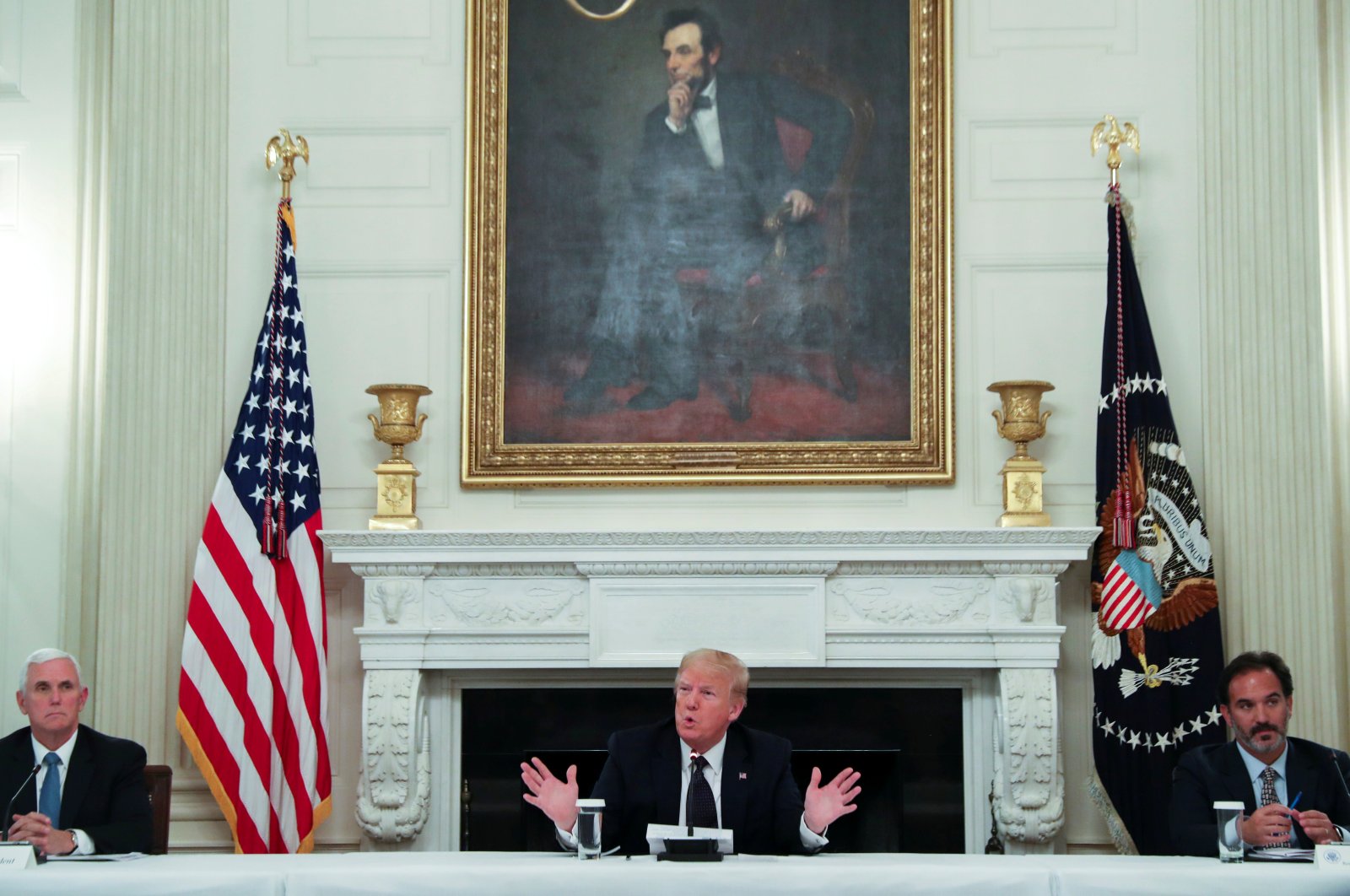 U.S. President Donald Trump talks about taking daily doses of hydroxychloroquine in the State Dining Room at the White House, Washington, D.C., U.S., May 18, 2020. (Reuters Photo)
by DAILY SABAH WITH AGENCIES May 19, 2020 2:51 pm

U.S. President Donald Trump accuses the World Health Organization of botching the global coronavirus response and of being a “puppet of China,” prompting rebukes from China, Russia and the European Union

U.S. President Donald Trump has expanded an ongoing battle with the World Health Organization (WHO) over its global COVID-19 response while accusing it of being "a puppet of China," in a further sign of the deepening rift between the two superpowers.

President Trump on Monday threatened to permanently end American funding to the World Health Organization and revoke U.S. membership if the group did not “commit to major substantive improvements” within the next 30 days. Trump said the U.N. body must “actually demonstrate independence from China.”

Beijing has furiously denied U.S. allegations that it played down the threat and Chinese President Xi Jinping reiterated at the World Health Assembly that his nation had been "transparent" throughout the crisis. Beijing on Tuesday accused Trump of smearing China and shirking American responsibilities to the WHO.

Trump has been locked in a bitter spat with Beijing, alleging it covered up the initial outbreak in central China late last year before the disease unleashed death and economic devastation across the planet. Some 317,000 people have died of COVID-19 out of nearly 4.8 million infections worldwide, and governments are scrambling to contain the virus while seeking ways to resuscitate their hammered economies.

With more fatalities and cases in the United States than in any other country by far, the under-pressure U.S. president has blamed the WHO for not doing enough to combat its initial spread. "They're a puppet of China, they're China-centric to put it nicer," he said Monday at the White House. "They gave us a lot of bad advice."

Amid the dispute with Trump, Russia and the European Union expressed support for the WHO. "Russia is against any such fabricated investigations and unsubstantiated accusations. We are categorically against them," Valentina Matviyenko, speaker of Russia's upper house of parliament, told the Russian news agency Interfax.

Matviyenko, calling the WHO one of the most important organizations under the auspices of the United Nations, said that now, as the world struggles with the coronavirus, it is certainly no time to "set up a show trial."

"This is the time for solidarity, not the time for finger-pointing or for undermining multilateral cooperation," European foreign affairs spokeswoman Virginie Battu-Henriksson told reporters while criticizing Washington.

In the face of Trump's attacks, German Foreign Minister Heiko Maas stressed that the U.N. agency has a central role in the fight against the coronavirus pandemic, noting that the agency "must be strengthened, supported and empowered for the future."

The U.N. agency has previously noted that it declared a global health emergency on Jan. 30 when there were fewer than 100 cases of coronavirus outside of China. When that declaration was made, WHO chief Dr. Tedros Adhanom Ghebreyesus said China was setting a new standard for outbreak response, saying the world owed China its gratitude for the way it bought other nations time to plan with the extraordinary measures it was taking to contain the virus.

Trump’s threat came on the day the WHO member states met for the first day of a two-day virtual assembly. WHO member states agreed Tuesday to an independent probe into the U.N. agency's coronavirus response. Countries reached an agreement in principle last week to accept the text unanimously, but amid rising political tensions some observers expressed fears that full consensus might not be obtained.

As he launched his latest attack on China, Trump also dropped a bombshell saying he was taking hydroxychloroquine, an anti-malaria drug that his own government's experts have said is not suitable for fighting the coronavirus. "I take a pill every day," said the president, adding that he was using it because he has "heard a lot of good stories."