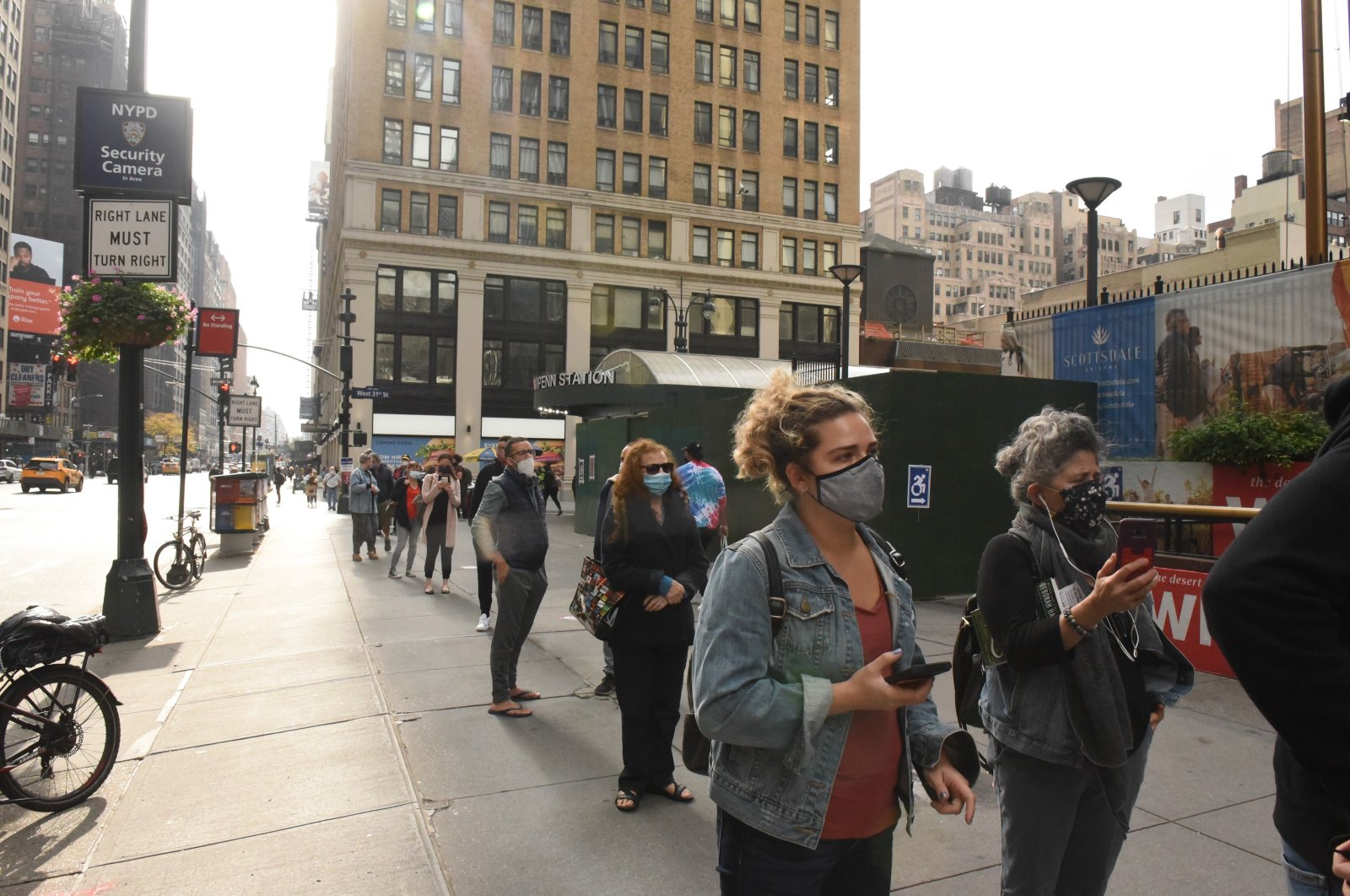 More than 56 million voters have already cast their ballot across the country with eight days to go in the presidential campaign. Election experts are suggesting that as many as 150 million Americans may vote, a pace that could lead to the highest voter turnout in over a century.

The eye-popping figure is a sign of intense interest in the contest between Republican President Donald Trump and Democratic challenger Joe Biden, as well as Americans' desire to reduce their risk of exposure to COVID-19, which has killed more than 224,000 people across the United States.

Many states have expanded in-person early voting and mail-in ballots ahead of Election Day on Nov. 3, as a safer way to vote during the coronavirus pandemic. The high level of early voting has led Michael McDonald, the University of Florida professor who administers the U.S. Elections Project, to predict a record turnout of about 150 million, representing 65% of eligible voters, the highest rate since 1908.

In Texas, Americans have already cast as many early votes as they did in 2016 and are nearly 80% of the way toward hitting the total — both early and on Election Day — counted four years ago. The voting bonanza has some Democrats optimistic that decades of low turnout and undisputed Republican dominance may soon be a thing of the past.

But what that it all means for Texas is far from clear. Voters don’t register by party in the state, making it difficult to know which party or presidential candidate has an edge. Polls are unusually close in Texas, but neither Trump or Biden has swung through Texas, focusing on clear battleground states instead like Arizona and Florida.

Trump is storming his way through top battleground states in a late push to make up ground against Biden, who leads in national opinion polls. Opinion polls in many of the most vital swing states that will decide the election show a closer race. New Hampshire, which Trump lost to Democrat Hillary Clinton by about 3,000 votes in 2016, has not been considered a top-tier battleground, and most polls show Biden with a comfortable edge in the New England state.

After voting early in his home state of Florida on Saturday, Trump raced through rallies in three states, North Carolina, Ohio and Wisconsin, where he promised the end of the coronavirus pandemic was in sight and said Biden would threaten jobs by pushing for more COVID-19 restrictions.

The pandemic has upended campaign traditions, and its effects still are being felt. Americans may find themselves waiting days or weeks to know who won as election officials count tens of millions of mail-in votes. The virus has become a central issue of the presidential election, with Trump sparring over his handling of the pandemic with challenger Biden. "The idea that somehow this White House has done anything but completely screw this thing up is nonsense," said Trump's predecessor Barack Obama, who hit the campaign trail on Saturday to campaign for Biden, his former deputy.