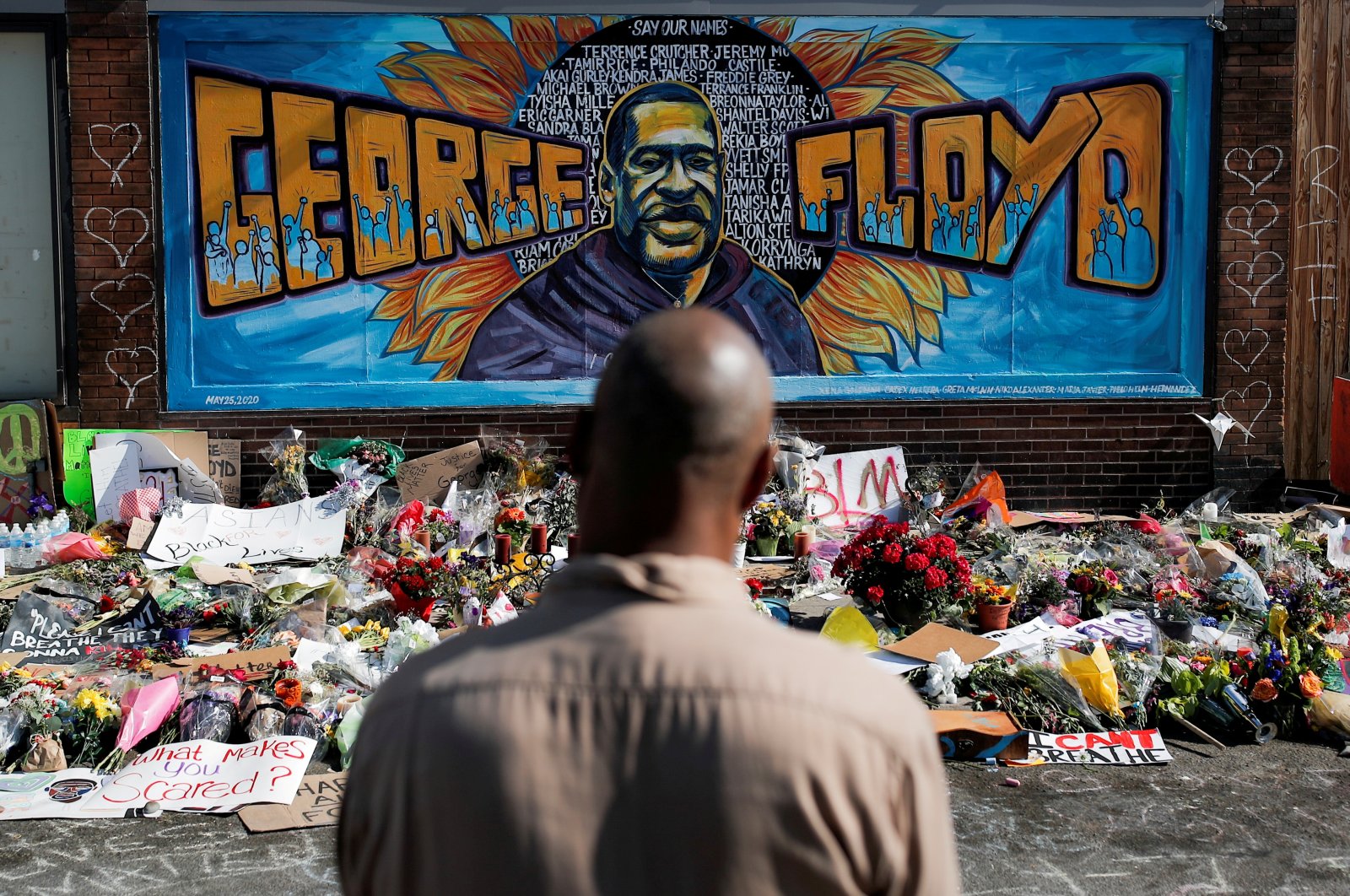 A local resident stands in front of a makeshift memorial honoring George Floyd, at the spot where he was taken into custody, in Minneapolis, Minnesota, U.S., June 1, 2020. (Reuters Photo)
by ASSOCIATED PRESS
Nov 09, 2020 9:30 pm

The United States faced its first review in five years at the United Nations' main human rights body on Monday, with the detentions of migrant children and the killings of unarmed black people during the Trump administration’s tenure among issues high on minds.

Regular U.S. critics like Iran, Syria, Venezuela, Russia and China questioned and scrutinized the U.S.' record on rights as the Human Rights Council gave the U.S. its turn for a regular examination of every U.N. member state’s record on human rights known as the Universal Periodic Review. Allies, too, offered criticism and pointers – if more diplomatically.

Nearly 120 countries lined up for slots to raise questions in the 3 1/2-hour session that follows up on an August report about the U.S. rights record over the past several years – and what steps U.S. authorities are taking to improve it.

U.S. Ambassador Andrew Bremberg said the strength of the U.S. democratic system is that “it allows for continued scrutiny, advocacy and debate, which fuels progress and reform,” and said, “we are willing to openly acknowledge our shortcomings.”

U.S. officials variously spoke of a drawdown of the number of inmates at the detention facility at Guantanamo Bay and pointed to an investigation into the killing of George Floyd, a black man who died after a Minneapolis police officer pressed a knee into his neck for nearly eight minutes earlier this year. They also pointed to the importance of the rule of law in the U.S.

The U.S. last came up for its turn for such a review in 2015. The Trump administration pulled the United States out of the Human Rights Council two years ago, accusing it of an anti-Israel bias and of being too accepting of autocratic regimes that regularly abuse human rights as members.

Envoys – most of them beaming into the Geneva session via videoconference because of the COVID-19 pandemic – were granted less than a minute to air their questions and comments, while an array of U.S. officials were on hand in person and virtually to take part.

Counselor Khawla Youssef of Syria said her country recommended that the U.S. end executive orders imposing sanctions, halt any "occupation" of Syrian territory by U.S. forces, hold its military personnel to account for any war crimes and end support for “separatist militias” in Syria.

Chinese representative Jiang Duan rushed to rattle off nine points of concern in the brief time slot, citing among them systemic racism, the politicization of the COVID-19 pandemic, the proliferation of guns and military interventions abroad that left civilians dead.

"Stop interfering for political reasons in other countries' internal affairs under the pretext of human rights,” he said. China has often alleged that other countries unfairly poke into its domestic affairs with their concerns about the rights situation in Hong Kong, Tibet and western Xinjiang.

Germany appealed for the U.S. to rejoin the rights council and scrap its sanctions against International Criminal Court (ICC) prosecutor Fatou Bensouda. Those were imposed two months ago by the Trump administration as she investigates possible war crimes by U.S. forces in Afghanistan.

The American Civil Liberties Union (ACLU) has called the government's report "one of the worst attempts to cover up U.S. human rights violations since the civil rights movement" in the mid-20th century, arguing that it had dismissed systemic racism, didn't mention a "violent crackdown" on protesters or the separation of migrant families, and failed to take COVID-19 risks seriously, among other things.

"While the American voters elected a new president who is more committed to universal human rights, the international community must continue to hold the U.S. accountable to its international human rights obligations," Dakwar said, calling on the U.N. to "ensure that the U.S. repair the damages caused to millions of people’s lives over the past four years."