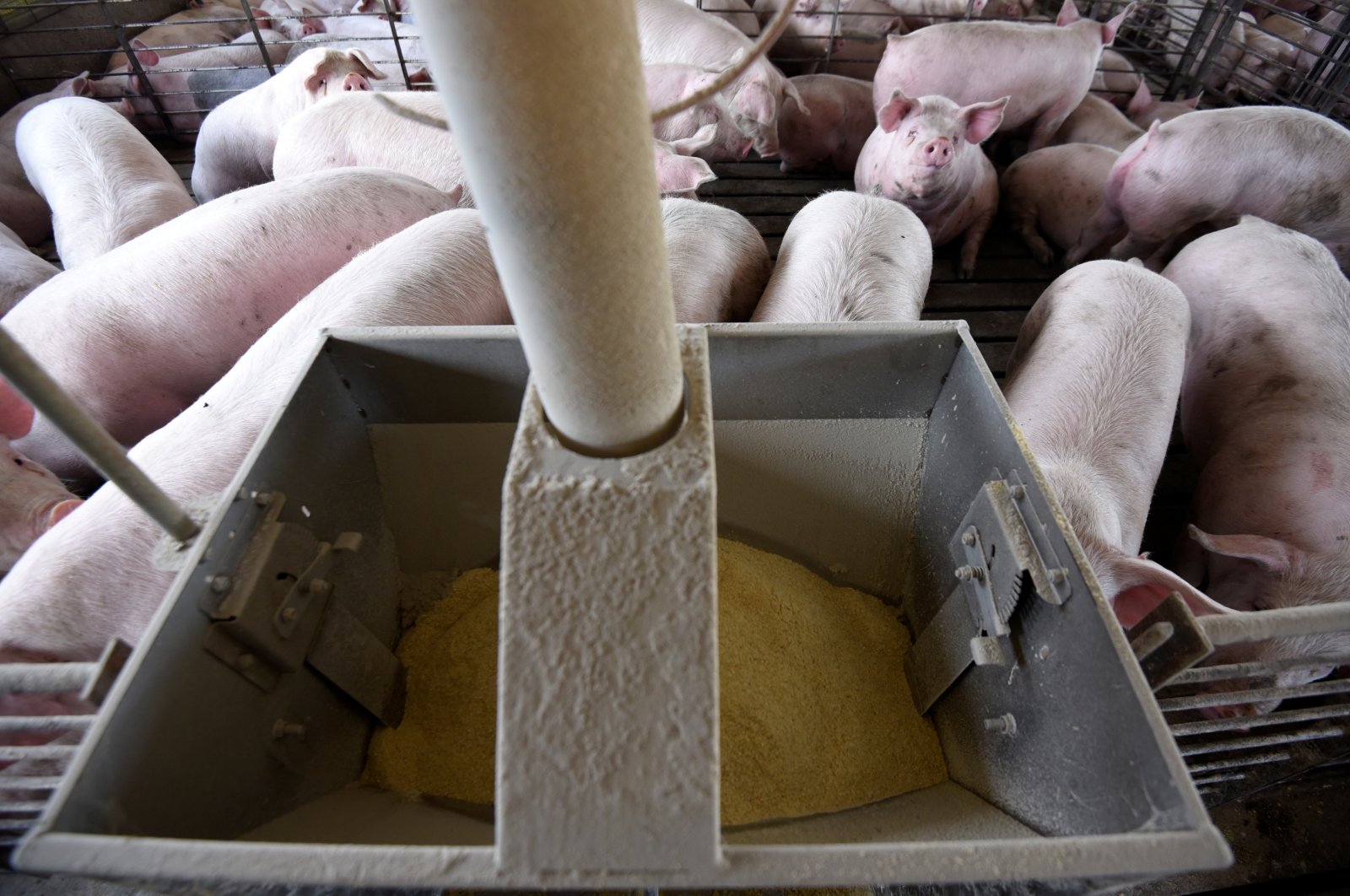 Hog farmer Mike Patterson's diet pig feed, which is part of his efforts to slow how quickly his animals fatten up, a necessity caused by coronavirus disease (COVID-19) related supply chain disruptions, seen in one of his barns in Kenyon, Minnesota, U.S., April 23, 2020. (Reuters Photo)
by Daily Sabah with Wires May 15, 2020 5:53 pm

The main reason for the killings was reported as distribution problems, which have caused grocery stores and restaurants to cut short on meat. Also, the swift growth of hogs, which have become too large to be slaughtered commercially, triggered the mass executions.

While some released toxic gases in barns through the ventilation hoping for easy extermination, a farmer said it took him all day to shoot pigs in the head.

The report also claimed that nearly 2 million birds were killed in total on farms in Delaware and Maryland last month.

Ironically, however, many people in the U.S. are struggling to find enough food and line up at food banks due to the financial crisis aggravated by the outbreak.

Meanwhile, the Donald Trump administration announced a plan to buy $100 million in surplus meat a month to solve the problem.

The U.S. has recorded over 1.4 million cases of coronavirus infections as of late Thursday, with over 85,000 deaths.