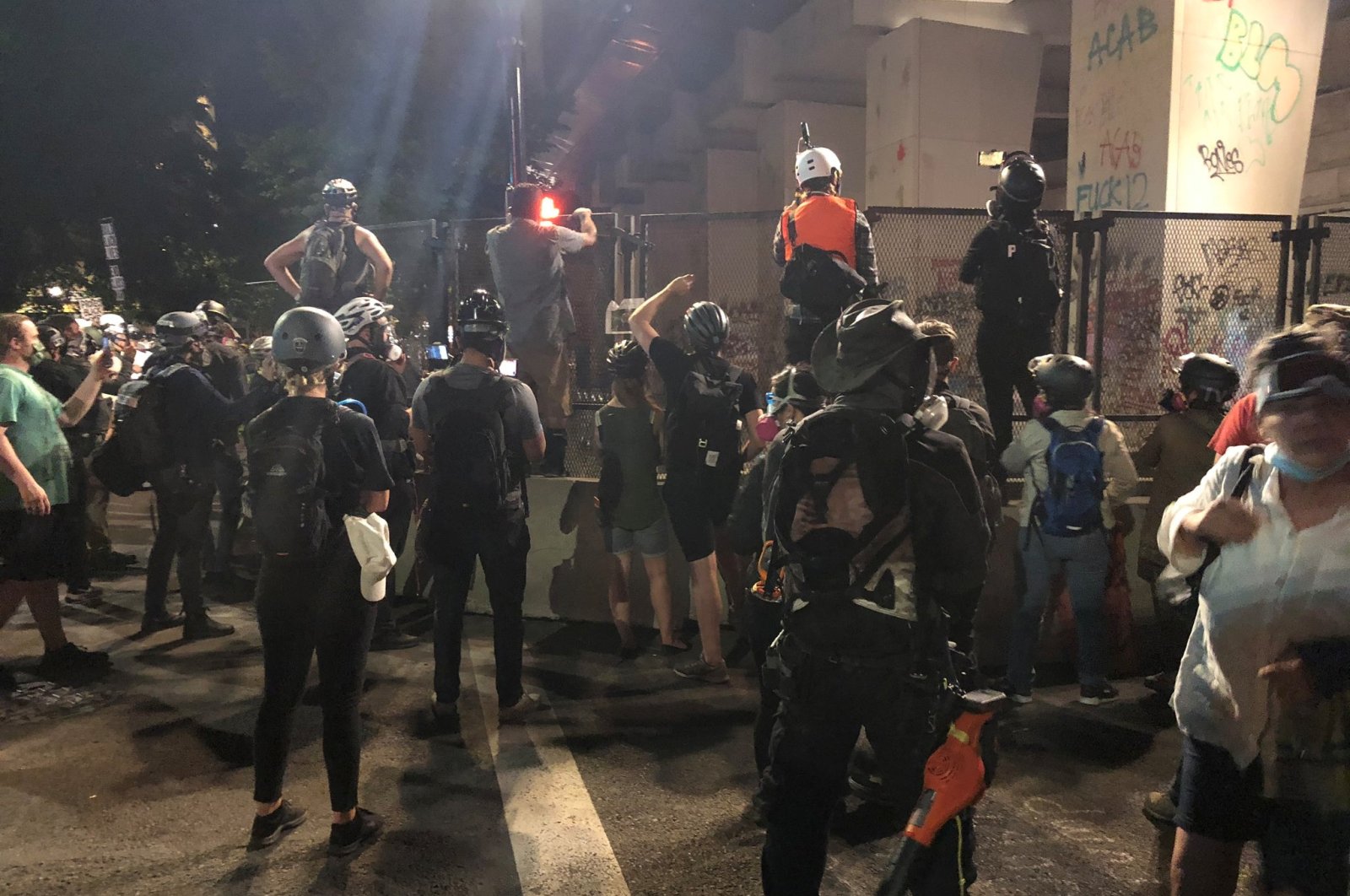 Thousands of protesters gathered outside the federal courthouse in Portland, Oregon, on Monday, shooting fireworks at the building as plumes of tear gas dispensed by United States agents, lingered above.

The demonstration went until federal agents entered the crowd around 2:30 am and marched in a line down the street, clearing remaining protesters with tear gas at close range. They also extinguished a large fire in the street outside the courthouse.

Protesters have shown up every night for two straight months in Portland after the Minneapolis police killing of George Floyd. Crowds have rallied against police brutality and anti-Black racism.

President Donald Trump said he sent federal agents to Oregon's largest city to halt the unrest but state and local officials say they are making the situation worse.

The clashes in Portland have further inflamed the nation's political tensions and triggered a crisis over the limits of federal power as Trump moves to send U.S. officers to other Democratic-led cities he says are violent.

Late Friday a federal judge denied a request by Oregon's attorney general to restrict the actions of federal police. The Federal Protective Service had declared the gathering in Portland that began Friday evening as “an unlawful assembly” and said that officers had been injured.