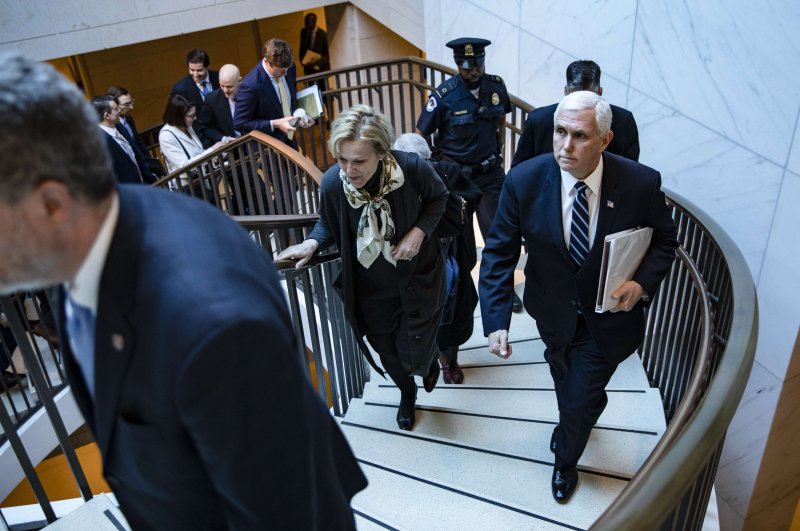 Vice President Mike Pence leaves the US Caption after meeting with Congressional Democrats and Republicans, in separate closed-door meetings, on recent developments with the novel coronavirus, or COVID-19, on March 4, 2020 in Washington, DC. (AFP Photo)
by Compiled from Wire Services Mar 05, 2020 1:05 am

The House of Representatives passed on Wednesday an appropriations bill allocating 8.3 billion dollars for the effort to fight the coronavirus.

The bill passed 415-2 in the lower house of Congress and now moves to the Senate, in an expedited process.

About 3 billion dollars will go towards developing therapies and vaccines, while 2.2 billion is designed for prevention, preparedness, and response.

The bill as introduced in the House also sets aside 435 million dollars for overseas aid.

President Donald Trump has said he will support whatever Congress deems appropriate.

There are more than 100 cases of the new virus and at least 10 deaths, all in Washington state, which is the epicentre of the local outbreak in the US.

The latest death was announced Thursday by the Washington State Department of Health, which also confirmed 39 cases of the virus.

Vice President Mike Pence, who heads the federal government's coronavirus task force, will head to the western state on Thursday, he said.

States across the country, from California in the west to New York on the east coast, are reporting cases of the virus, including incidents that appear to be community spread.