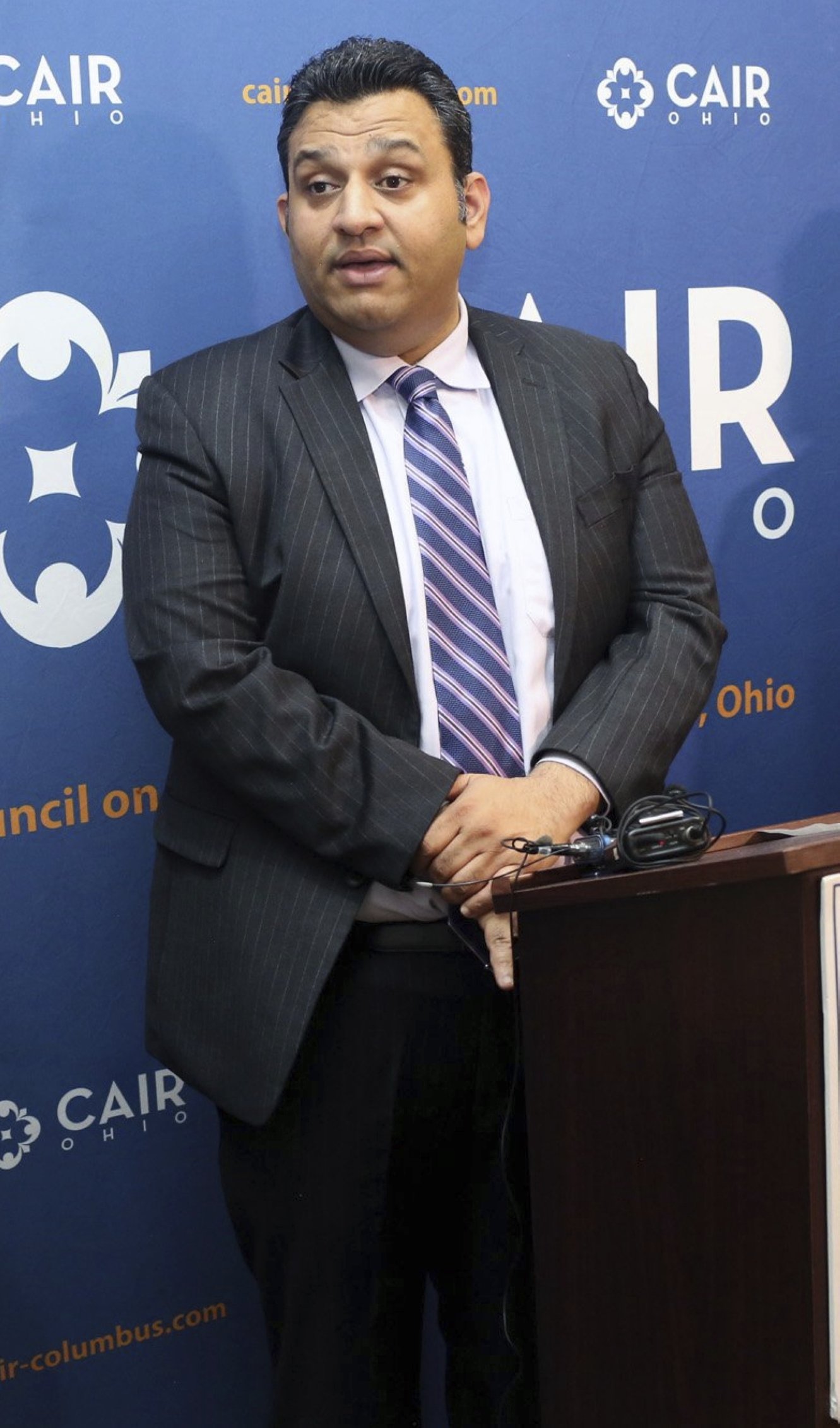 The United States' largest Muslim civil liberties and advocacy group fired its leader in Ohio for spying on the organization for an anti-Muslim group on Tuesday.

The Council on American-Islamic Relations (CAIR) Ohio chapter said the executive and legal director Romin Iqbal was informed of his termination Tuesday, following an investigation by an independent forensic expert ordered by its national headquarters. Iqbal had been suspended since last week.

The yearlong probe found “conclusive evidence that Iqbal had spent years recording CAIR network meetings and passing information regarding CAIR’s national advocacy work to a known anti-Muslim hate group," a release said. During a Wednesday briefing, spokesperson Whitney Siddiqi identified the nonprofit as the Investigative Project on Terrorism (IPT), led by Steven Emerson, which bills itself as a research organization.

CAIR-Ohio said “after being confronted with clear evidence of misconduct,” Iqbal admitted to secretly working for the group. Iqbal declined to comment through his attorney, Dave Thomas.

In an emailed statement, IPT said CAIR did not represent American Muslims and called the organization anti-Semitic.

Siddiqi said IPT has a history of spreading "hate, vitriol and anti-Islamic misinformation.” That includes calling CAIR itself a terrorist organization. CAIR spokesperson Edward Mitchell said the group has sent IPT notice of its findings and sent it a legal warning not to destroy any evidence.

FBI spokesperson Todd Lindgren said the government does not keep a list of “hate groups” or terrorist organizations on domestic soil, because the First Amendment protects the rights of all Americans to free speech.

Nabeel Raazi, who chairs the board of CAIR’s Columbus-Cincinnati region, which Iqbal had overseen since 2018, called his alleged actions a “betrayal and incredible violation of trust.”

“We know this is heartbreaking. We know it's shocking," Siddiqi said. “We know it is honestly a feeling that many of us can't describe right now. But our work to protect Muslims, to defend Muslims transcends any one individual and, if anything, this has motivated us, this has reinvigorated us to do the work that we do.”

Siddiqi said local police and the FBI have been alerted to a package containing AR-15 rifle parts that was discovered after Iqbal’s firing on Tuesday to have been mailed to the group's Columbus office. That package is being held in a secured location, she said. Lindgren said the agency does not confirm or deny investigations.

CAIR-Ohio further discovered a series of recent purchases from ammunition and gun retailers from the organization's credit card that Iqbal administered, she said.

Siddiqi emphasized that the group does not know who purchased the arms, what exactly was bought, or where it was sent. They were able to see the vendors and dates of the transactions, but aren't sharing those because of the prospect of future legal action.

The organization sent a letter to the state's Muslim community urging vigilance in the wake of its discoveries, encouraging mosques and community centers to review their security protocols “out of an abundance of caution.” Ohio is home to an estimated 200,000 Muslims.

CAIR-Ohio said the probe determined Iqbal, who joined CAIR-Ohio in 2006, wasn't helped by any other employees. The group emphasized that its local assets, operations and infrastructure “are safe and secure.”

Siddiqi said the locks have been changed at its Columbus office, as would happen after any change in leadership. She said CAIR knows of no imminent threats.