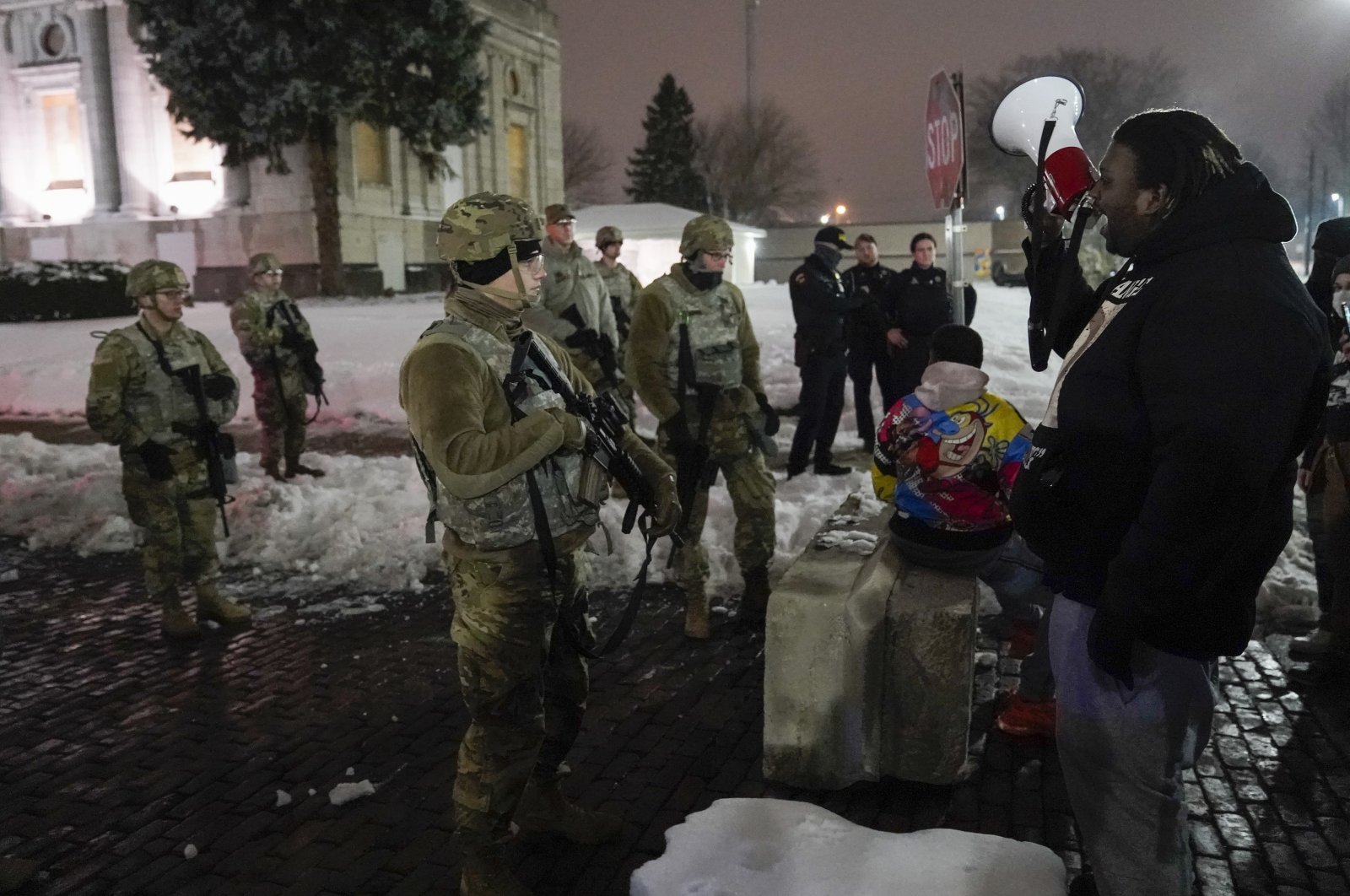 Prosecutors in the U.S. state of Wisconsin on Tuesday cleared a white police officer of criminal charges in the shooting of a black man from behind in the presence of his young children, leaving him paralyzed and triggering deadly protests that inflamed U.S. racial tensions.

The decision against prosecuting Sheskey or the two other officers on the scene could incite more demonstrations, which have frequently broken out in the United States in recent years after police officers have been cleared of wrongdoing in shootings of African Americans.

Calm remained after dark as about 50 people braved subfreezing temperatures and marched through streets where storefronts had been boarded up in anticipation of unrest.

"This is an expression of our deep suffering," said Caliph Muab'El, a black minister, as he rode along in a car behind the marchers. "I wasn't surprised by the decision. It's a perpetuation of the same old, same old that we see in this country."

Kenosha, a city of 100,000 people between Milwaukee and Chicago, had braced for the decision, and Wisconsin Gov. Tony Evers authorized the Wisconsin National Guard to support local law enforcement.

Protests broke out last summer in response to a viral cellphone video that showed Blake walking around the front of his car with Sheskey following and opening fire after Blake opened the door.

But investigators said the video was incomplete, failing to reveal that Blake was armed with a knife and that he had resisted arrest when police tried to detain him on a felony arrest warrant.

"Everybody has seen the video. And so from their perspective, they have tried this case, at their computer screen or in their living room. As a professional, I am called upon to talk about how to try this case, in a real jury room in a real court," Gravely said.

Blake refused police commands to drop the knife, which Graveley said gave Sheskey the right to self-defense. As Sheskey made a final attempt to detain the man, Blake turned and thrust the knife toward Sheskey, an act blocked on the video by the car door and another officer, investigators said.

Sheskey fired seven times until Blake dropped the knife, a justified number and in accordance with police training, said former Madison Police Chief Noble Wray, who had been named by the Wisconsin Department of Justice to review the investigation.

Graveley called the incident a tragedy for all those involved, especially Blake, who was paralyzed from the waist down and shot in the presence of three of his young sons, one of whom was in the car. Blake's lawyers said they are considering a civil lawsuit against Sheskey.

The shooting took place while passions were still inflamed over the May 25 death of George Floyd, a black man, after a white Minneapolis police officer knelt on his neck. Thousands took the streets in Black Lives Matter anti-racism protests in the U.S. and around the world following Floyd's death despite the coronavirus pandemic.

B'Ivory LaMarr, one of the lawyers for the Blake family, said Sheskey should have been charged with attempted homicide and called on people to advocate for racial justice and police reform.

"The video made it clear that Jacob ... never raised a knife," LaMarr said.

The shooting of Blake attracted a mix of civil rights demonstrators, anarchists and right-wing militias to Kenosha last summer.

At the height of those protests, teenager Kyle Rittenhouse opened fire with a Smith & Wesson M&P 15 rifle, killing two men and wounding another. Rittenhouse, now 18, was charged with first-degree reckless homicide and five other criminal counts.

Earlier on Tuesday, Rittenhouse pleaded not guilty to all counts in an appearance by video in Kenosha County Circuit Court.