US police shoot another black man during altercation 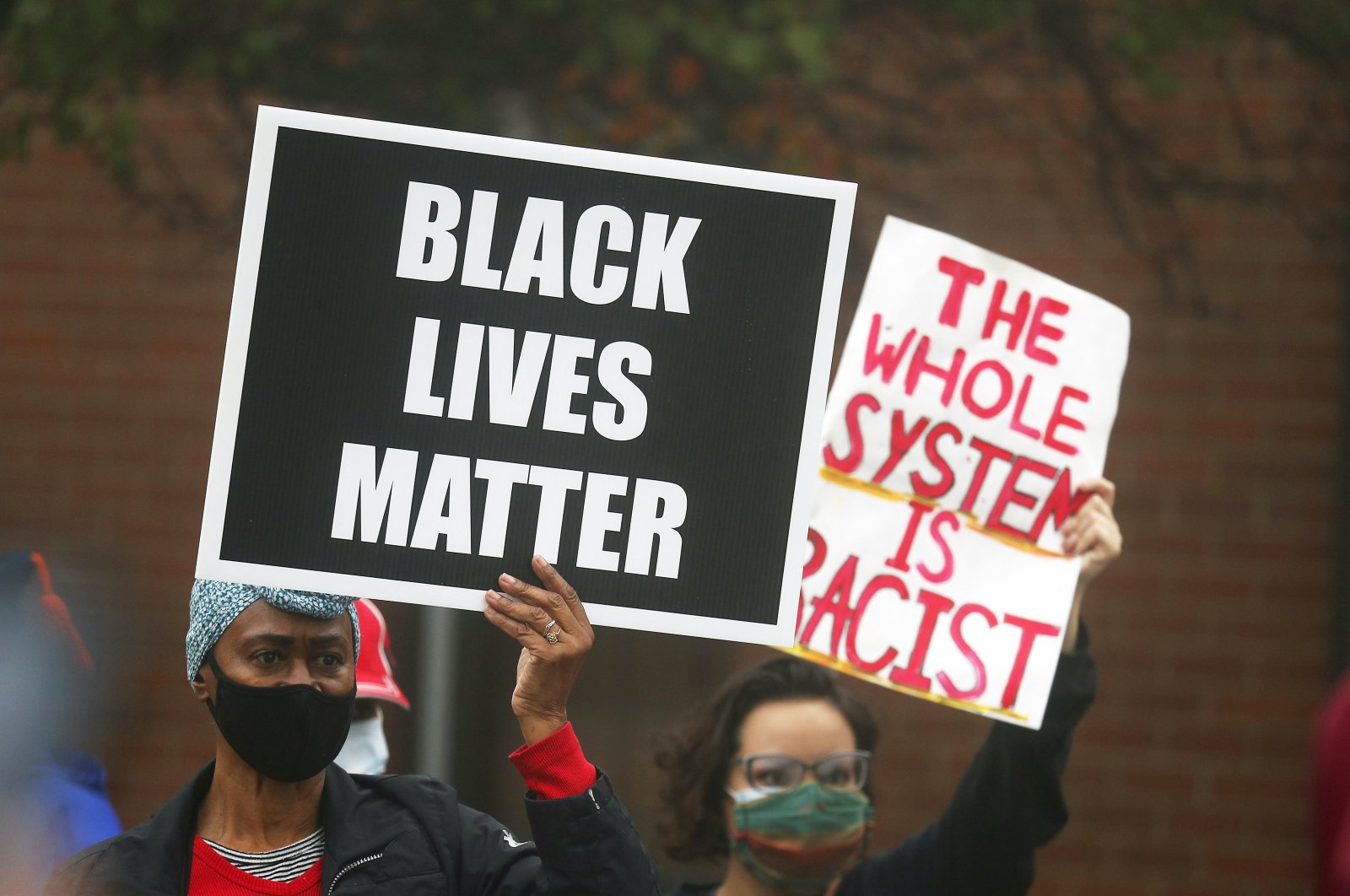 A police officer shot a man multiple times during an altercation that was partially captured on video outside a liquor store in San Bernardino, California on Thursday night.

The man, identified as Mark Matthew Bender Jr., 35, died at a local hospital, Sgt. John Echevarria said. Echevarria said the man had "retrieved a weapon from his pocket" during the struggle.

"When the officer saw that he had a weapon, he defended himself with his firearm," Echevarria said, adding that detectives found a handgun at the scene.

Video from the scene, taken by a bystander and obtained by KTBC-TV, does not show the entire encounter. It begins with the officer flipping the man over and onto the sidewalk outside King Tut Liquor on Base Line Street in San Bernardino.

Straddling the man, who is lying facedown, the officer says, "Stop fighting, dude."

"What are you doing?" the man says, as he shrugs the officer off his back and stands up. He says, "Get off," when the officer draws his handgun and fires four rounds in quick succession, according to the video. It appears the man's back was turned to the officer when the rounds were fired.

Echevarria said the fatal encounter began around 11 p.m. Thursday, when the officer, who wasn't identified, responded to a report of a man "jumping on vehicles" in the parking lot of King Tut Liquor in the 200 block of West Base Line Street.

The man, later identified as Bender, didn't comply with the officer's commands to stop and tried to enter the store, Echevarria said. When the officer tried to stop him, a struggle ensued, and Bender "was able to physically overpower the officer," he said.

The officer drew his gun after he saw Bender pull a weapon from his pocket and begin to turn toward him, Echevarria said.

During a news conference Friday morning, police sought to portray Bender as physically intimidating, listing his height and weight, 6-foot-3 and 300 pounds, and cataloguing what they called Bender's "lengthy criminal past," prompting one bystander to remark, "What does that have to do with him being murdered?"

The shooting comes at a fraught time for police departments across the country. A series of highly publicized encounters with the police that left black people dead or seriously injured in Minneapolis, Minnesota; Louisville, Kentucky; Kenosha, Wisconsin and elsewhere have strained tensions in many cities between police departments and residents of the streets they patrol.

In Los Angeles County, two fatal shootings by sheriff's deputies, one of an 18-year-old Latino man in Gardena, the other of a 29-year-old black man in Westmont, spurred months of protests that at times escalated into clashes with the Sheriff's Department.