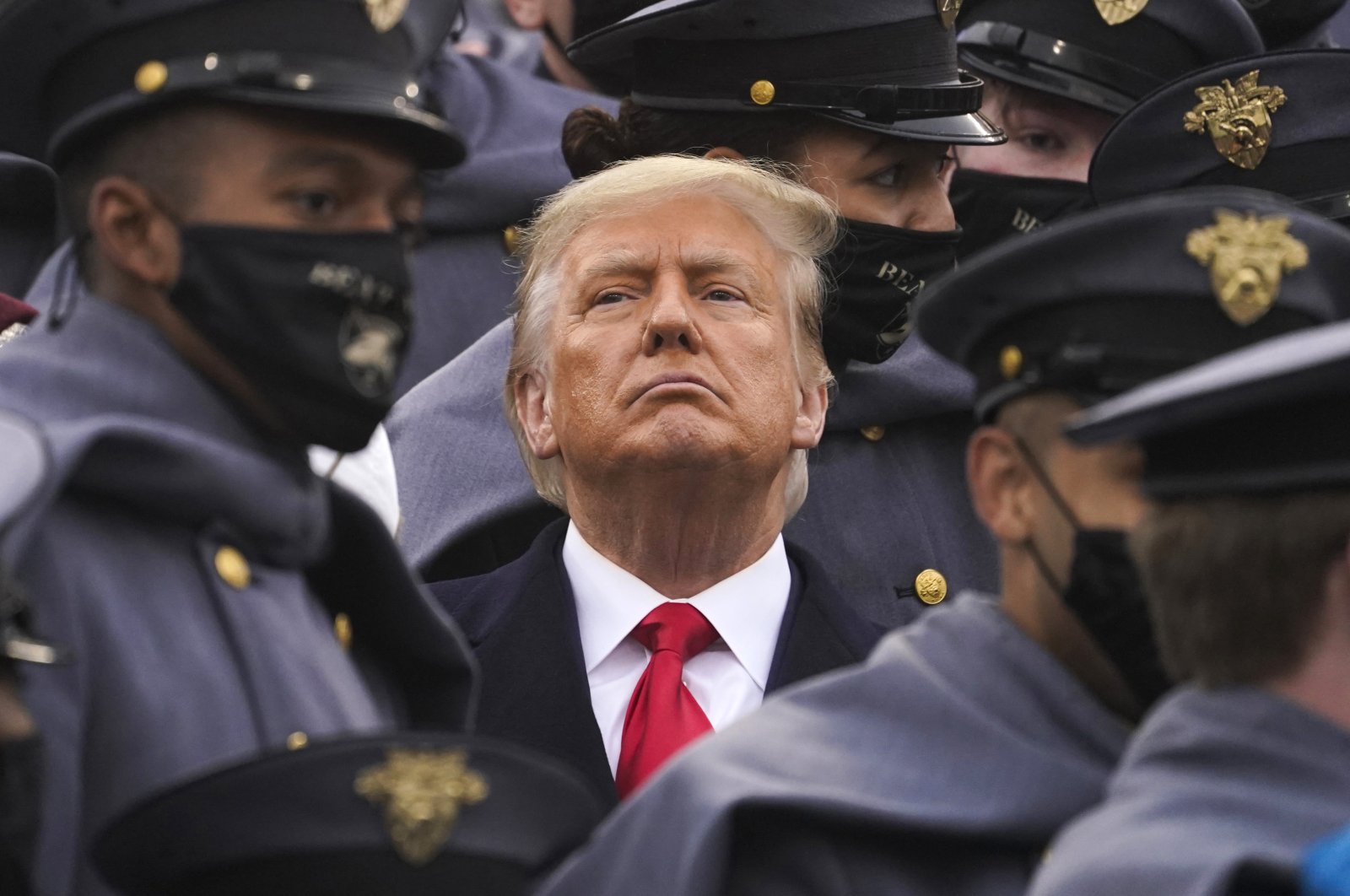 U.S. President Donald Trump has pardoned 15 people, including a pair of congressional Republicans who were strong and early supporters, a 2016 campaign official ensnared in the Russia probe and former government contractors convicted in a 2007 massacre in Baghdad.

Trump’s actions in his final weeks in office show a president who is wielding his executive power to reward loyalists and others who he believes have been wronged by a legal system he sees as biased against him and his allies. On Tuesday, Trump issued the pardons – not an unusual act for an outgoing president – even as he refused to publicly acknowledge his election loss to Democrat Joe Biden, who will be sworn in on Jan. 20.

Trump is likely to issue more pardons before then. He and his allies have discussed a range of other possibilities, including members of Trump’s family and his personal attorney Rudy Giuliani.

Those pardoned on Tuesday included former Republican Reps. Duncan Hunter of California and Chris Collins of New York, two of the earliest GOP lawmakers to back Trump’s 2016 presidential campaign. Trump also commuted the sentences of five other people, including former Rep. Steve Stockman of Texas.

Collins, the first member of Congress to endorse Trump to be president, was sentenced to two years and two months in federal prison after admitting he helped his son and others dodge $800,000 in stock market losses when he learned that a drug trial by a small pharmaceutical company had failed.

Hunter was sentenced to 11 months in prison after pleading guilty to stealing campaign funds and spending the money on everything from outings with friends to his daughter’s birthday party.

White House press secretary Kayleigh McEnany said the pardons for Hunter and Collins were granted after “the request of many members of Congress.” She noted that Hunter served the nation in the U.S. Marines and saw combat in both Iraq and Afghanistan.

In the group announced Tuesday night were four former government contractors convicted in a 2007 massacre in Baghdad that left more than a dozen Iraqi civilians dead and caused an international uproar over the use of private security guards in a war zone.

Supporters of Nicholas Slatten, Paul Slough, Evan Liberty and Dustin Heard, the former contractors at Blackwater Worldwide, had lobbied for pardons, arguing that the men had been excessively punished in an investigation and prosecution they said was tainted by problems and withheld exculpatory evidence. All four were serving lengthy prison sentences.

The pardons reflected Trump’s apparent willingness to give the benefit of doubt to American service members and contractors when it comes to acts of violence in war zones against civilians. Last November, for instance, he pardoned a former U.S. Army commando who was set to stand trial next year in the killing of a suspected Afghan bomb maker and a former Army lieutenant convicted of murder for ordering his men to fire upon three Afghans.

Trump also announced pardons for two people entangled in special counsel Robert Mueller’s Russia investigation. One was for 2016 campaign adviser George Papadopoulos, who pleaded guilty to lying to the FBI about a conversation in which he learned that Russia had dirt on Trump’s Democratic opponent, Hillary Clinton. The president also pardoned Alex van der Zwaan, a Dutch lawyer who was sentenced to 30 days in prison for lying to investigators during the Mueller probe.

Van der Zwaan and Papadopoulos are the third and fourth Russia investigation defendants granted clemency. By pardoning them, Trump once again took aim at Mueller’s inquiry and advanced a broader effort to undo the results of the investigation that yielded criminal charges against a half-dozen associates.

The pardons drew criticism from top Democrats. Rep. Adam Schiff, D-Calif., the chairperson of the House Permanent Select Committee on Intelligence, said the president was abusing his power.

“Trump is doling out pardons, not on the basis of repentance, restitution or the interests of justice, but to reward his friends and political allies, to protect those who lie to cover up him, to shelter those guilty of killing civilians, and to undermine an investigation that uncovered massive wrongdoing,” Schiff said.

Last month, Trump pardoned former national security adviser Michael Flynn, who had twice pleaded guilty to lying to the FBI, and months earlier commuted the sentence of another associate, Roger Stone, days before he was to report to prison.

Trump has granted about 2% of requested pardons in his single term in office – just 27 before Tuesday’s announcement. By comparison, Barack Obama granted 212 or 6%, and George W. Bush granted about 7%, or 189. George H.W. Bush, another one-term president, granted 10% of requests.

Also among those pardoned by Trump was Phil Lyman, a Utah state representative who led an ATV protest through restricted federal lands.

Lyman was serving as a Utah county commissioner in 2014 when he led about 50 ATV riders in a canyon home to Native American cliff dwellings that officials closed to motorized traffic. The ride occurred amid a sputtering movement in the West pushing back against federal control of large swaths of land and came in the wake of an armed confrontation Nevada rancher Cliven Bundy had with Bureau of Land Management over grazing fees.

Lyman spent 10 days in prison and was ordered to pay nearly $96,000 in restitution. The Trump administration in 2017 lifted a ban on motorized vehicles in parts of the canyon but left restrictions in place through other areas where Lyman led his ride.

Others on the list included a Pittsburgh dentist who pleaded guilty to health care fraud, two women convicted of drug crimes and Alfred Lee Crum, now 89, who pleaded guilty in 1952 when he was 19 to helping his wife’s uncle illegally distill moonshine.

Crum served three years of probation and paid a $250 fine. The White House said Crum has maintained a clean record and a strong marriage for nearly 70 years, attended the same church for 60 years, raised four children and regularly participated in charity fundraising events.