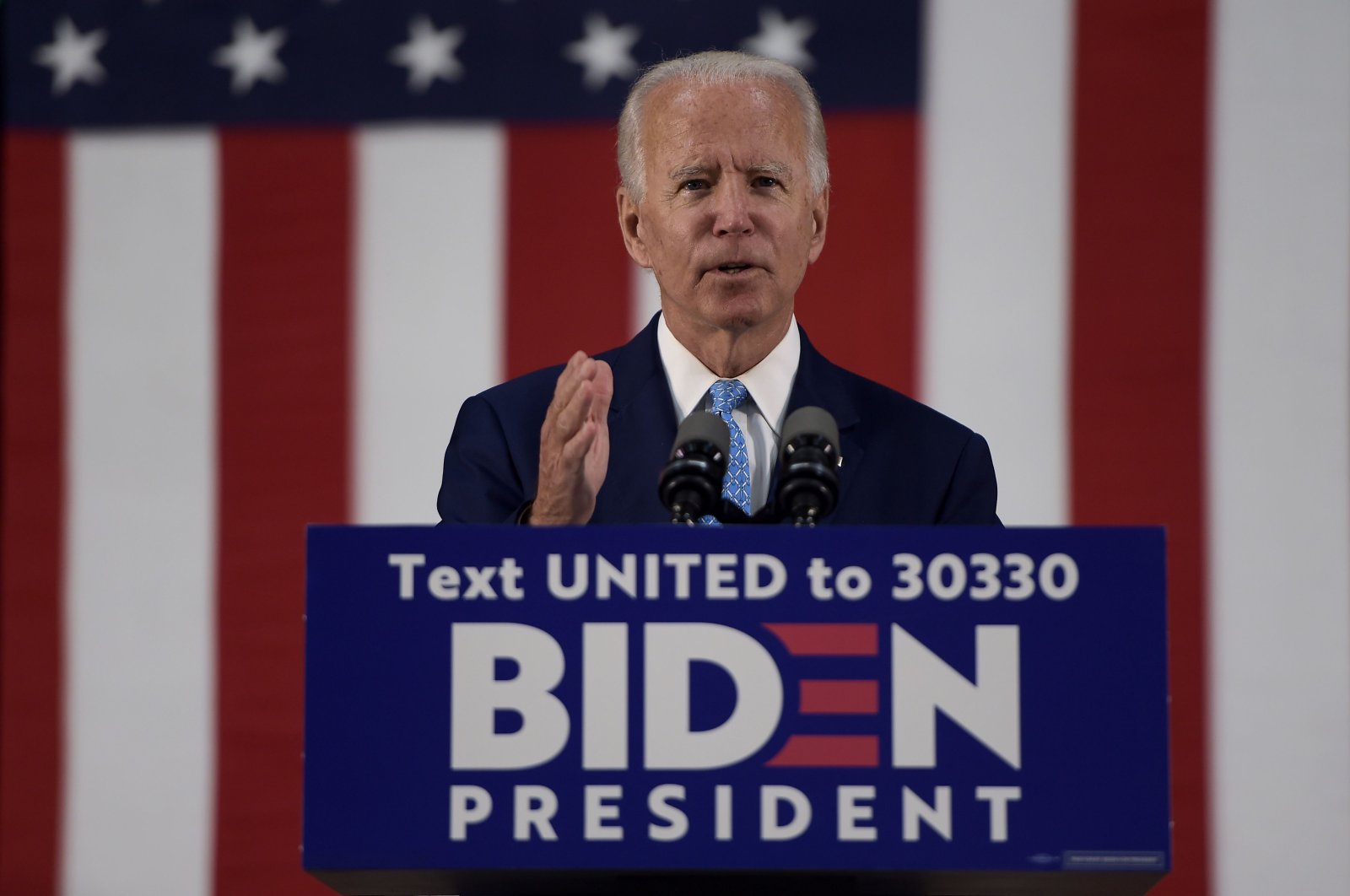 Joe Biden’s Democratic presidential campaign has launched a new national ad focused on black Americans, urging them to stand up to President Donald Trump the way their ancestors stood up to “violent racists of a generation ago.”

The one-minute ad, which was shared exclusively with The Associated Press (AP) before its digital and television release on Thursday, is meant to drum up support among black Americans, a key constituency for Biden, ahead of November’s general election. The ad, titled "Better America," also takes a direct swipe at Trump, without mentioning the Republican president by name.

“We must choose to fight for that better America,” the narrator states. “And just like our ancestors who stood up to the violent racists of a generation ago, we will stand up to this president and say, ‘No more,’ because America is better than him. So we choose to be bigger. We choose to be bolder. We choose to bring back justice, respect and dignity to this country. We choose Joe Biden to lead us all toward that American promise together.”

African Americans have largely supported Biden's presidential bid and have been credited with single-handedly transforming the Democratic presidential race and cementing his status as the front-runner after his decisive primary win in South Carolina.

But black Americans, who form one of the party’s most loyal voting blocs, have been hit doubly hard by the COVID-19 pandemic – they have died from the virus at disproportionate rates across the country, and they have borne the brunt of its economic fallout. And in recent months, historic protests against police brutality and systemic racism have changed the national discourse around race, thrusting it into a national spotlight and at the heart of the presidential campaign.

The ad is part of the Biden campaign’s planned $280 million digital and television ad buy that was announced Wednesday and will run through the fall.

The buy reflects the Biden campaign’s improved fundraising machine. But this ad also signals the former vice president’s continued effort to connect with African Americans during a time of immense turmoil across the nation. A campaign spokesman said in a statement that the ad is the start of a series of content aimed at black voters.

“Our robust paid media strategy, which will include the largest general election investment in African American paid media by a presidential campaign, will allow us to disseminate Vice President Biden’s policy proposals and targeted initiatives that speak directly to Black communities across the United States,” the statement said.

The ad is set against a backdrop of jarring images from protests held in the civil rights era, showing how protesters then were met with police dogs and excessive force. It shows images of protesters today, many of whom are younger African Americans, some carrying Black Lives Matter posters and wearing shirts that say “I can’t breathe,” a sobering reminder of George Floyd, a Minnesota man whose death at the hands of police sparked a global movement.

It also pays homage to civil rights legends U.S. Rep. John Lewis and the Rex. C.T. Vivian, who both died on July 17, and Shirley Chisholm, the first black woman to be elected to Congress. But it also appears to link Trump to the white nationalist protest in 2017 that drew hundreds to Charlottesville, Virginia, by flashing images of both, with the words “no more.”

“The story of black America is the story of America,” the narrator states. “It’s the story of a people who have pushed this country to live up to its stated ideals, but black people have always believed in the promise of a better America.”

This ad will air in every state and target specific audiences on networks with high African American viewership, like BET, TV One and more.