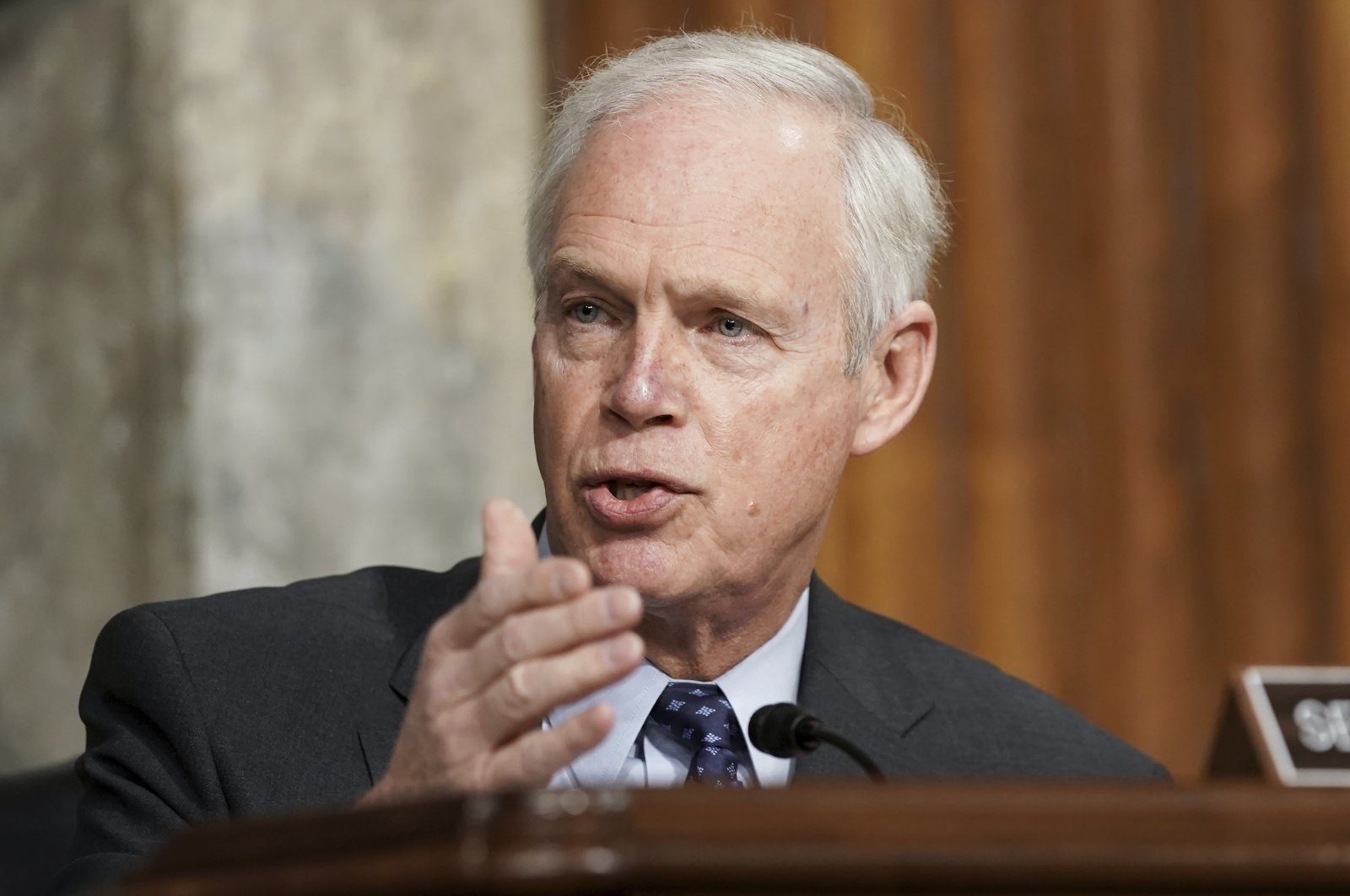 Republican U.S. Senator Ron Johnson of Wisconsin denied Monday that he made racist comments last week when he said he wasn't concerned about pro-Donald Trump insurrectionists at the U.S. Capitol in January but would have been worried if they were Black Lives Matters protesters.

The comments drew a firestorm of criticism from Democrats and others who said Johnson was making racist statements. However, Johnson, in an interview Monday on WISN-AM, said "there's no racism involved.”

In an interview Thursday with syndicated radio host Joe Pagliarulo, Johnson said of those who stormed the Capitol on Jan. 6 to try to stop Congress from certifying President Joe Biden’s electoral victory: "I knew those were people who love this country, that truly respect law enforcement, would never do anything to break the law, so I wasn’t concerned.”

"Now, had the tables been turned, and Joe, this is going to get me in trouble, had the tables been turned and President Trump won the election and tens of thousands of Black Lives Matter and antifa, I might have been a little concerned,” Johnson said, referring to far-left-leaning protesters known as anti-fascists who resist neo-Nazis and white supremacists at demonstrations and other events.

Johnson said Monday on the Dan O'Donnell show that because many of the Black Lives Matter protesters were white, his comments were not racist. "Remember those leftist activists, those protesters, that some of them turned into riots, a lot of them are white,” Johnson said. "So there’s no racism involved in this at all.”

Johnson said liberals want to push a narrative that everyone who voted for Trump is an insurrectionist or domestic terrorist. He said the summer protests over racial justice resulted in more damage and people killed than the insurrection at the Capitol, which left five people dead, including a Capitol police officer, and injured 140 other officers.

More than 300 Trump supporters have been charged in the storming of the building, including members of far-right extremist groups. Johnson cited 25 deaths being tied to Black Lives Matter protests.

Of the 25 people killed, nine were Black Lives Matter demonstrators and two were conservatives killed after pro-Trump rallies, according to data from the nonprofit Armed Conflict Location and Event Data Project.

The group determined in September that more than 90% of the summer protests were peaceful. "I’m not deterred by this,” Johnson said of the reaction to his statements. "I think people need to understand that. This just, if anything, fires me up more.”

Democratic U.S. Senator Tammy Baldwin called Johnson’s comment an example of systemic racism. Johnson has not yet said whether he will seek a third term in 2022.

Meanwhile, U.S. officials have arrested and charged two men with assaulting U.S. Capitol Police officer Brian Sicknick with bear spray during the Jan. 6 riot, but they do not know yet whether it caused the officer's death. George Tanios, 39, of Morgantown, West Virginia, and Julian Khater, 32, of Pennsylvania, were arrested Sunday. They were expected to appear in federal court Monday.

Khater is the man in a video obtained by the FBI that showed him spraying Sicknick and others with bear spray, according to court papers. The circumstances surrounding Sicknick’s death remain unclear, and a final cause of death has not been determined.

Capitol Police have said he died after he was injured "while physically engaging with protesters” and the agency’s acting chief said officials consider it a line-of-duty death. Sicknick collapsed later on and died at a hospital on Jan. 7.

The Justice Department opened a federal murder investigation into his death, but prosecutors are still evaluating what other specific charges could be brought in the case and the probe continues, officials have said. The medical examiner’s report on Sicknick’s death is incomplete.

Capitol Police say they are awaiting toxicology results. The FBI has already released about 250 photos of people being sought for assaulting federal law enforcement officers during the riot. Some have already been arrested, and the Justice Department said about 300 people have been charged with federal offenses related to the riot.